Greatest Cars: The Top 5 American Cars of All Time

The Ford Mustang and Chevrolet Corvette are among the 5 best cars America has ever offered.

So how do you go about picking the top 5 American cars of all time? Do you choose the great classics, like the Marmon and Cadillac V-16s? Do you go back into the antique era for worthy but largely forgotten models like the Curved Dash Oldsmobile and Mercer Raceabout? Do you embrace muscle cars like the Pontiac GTO, Plymouth Road Runner and Oldsmobile 442? Or do you invest in the premise that the best cars of all time are on the road right now and select things like the Cadillac CTS-V and current-generation Ford Taurus SHO?

Well, as they say, some are born great, some achieve greatness, and some have greatness thrust upon them. The cars we've chosen for this list represent all three of those possibilities -- and more. The only thing noncontroversial about our selections is the fact that this list will create controversy. But that's OK. Let's get started: 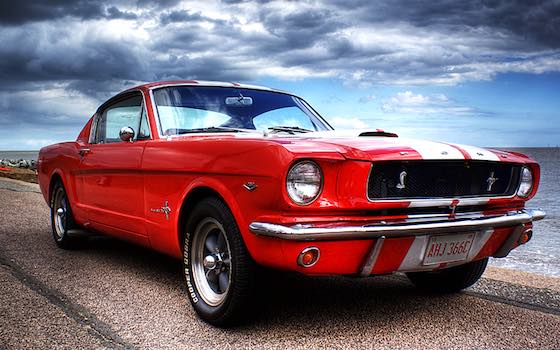 Even the most dyed-in-the-wool Mustang fanatic will admit that the original Mustang -- and for that matter all the Mustangs that have come since -- are rather rudimentary and unremarkable from a technical and engineering standpoint. What is remarkable is how the Mustang has captured and held the American public's fancy for more than five decades.

From the time the clay model of the Mustang was unveiled to Ford executives in August 1962, it exhibited the key features that the public would love two years later: the long hood, short deck, muscular rear fenders and expansive, forward-leaning grille. Under the designer wardrobe were some rather mundane mechanicals. The front and rear suspension was nearly pure Ford Falcon. Brakes were drum-type, also pulled from the Ford parts catalog, and the Mustang's base engine was a so-so in-line, overhead valve six cylinder that wrested just 101 horsepower from its 170 cubic inch (2.8-liter) displacement. But the optional 164-horsepower V-8 did deliver on the promise of the car's good looks. And the public responded. Lured by its sporty lines and comforted by its palatable base price of just $2,368, buyers stampeded Ford showrooms, buying every Mustang in sight and ordering thousands more. In the first year, Mustang sales reached an astounding 518,000 … and the model was just getting started. 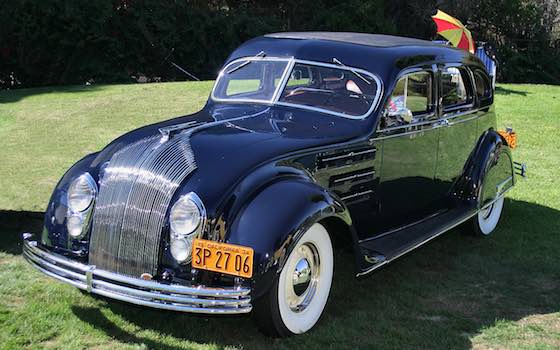 The importance of the Chrysler Airflow is largely underestimated because it was, unlike the Ford Mustang, a commercial failure. But despite the fact that the public didn't take to its avant-garde looks, Chrysler's brave attempt at innovation may well have made this the most important vehicle of the 1930s. Not only did the Airflow lead the way in terms of aerodynamics (or "streamlining," as it was then called), it was the first mass-market car in the world to use the "modern" architecture that has now become standard.

In the late '20s, most automotive design could be characterized as one box stacked on another. All the car's equipment -- lights, horn, bumpers, spare tire -- were hung somewhere on the two boxes and allowed to wave in the breeze. Just from eyeballing some airplanes, Chrysler engineer Carl Breer intuited that taking a similar approach to automotive design could result in some real benefits, and the approach changed everything about the automobile -- from where the driver and passenger sat, to the placement of the engine, to the design of the body. Although far from beautiful, the final Airflow design unveiled at the 1934 New York Auto Show stopped traffic and generated tens of thousands of inquiries. Sales weren't nearly as robust, but the model is an important part of every car we drive today.

The first 10 years of Corvette history were years of struggle, experimentation and difficulty. Despite the fact that the model is now iconic, customer acceptance didn't come easily to the Corvette, and the design of a sports car didn't come easily to Chevrolet engineers. All that would change, however, with the 1963 model year. The Corvette was given a second name, Sting Ray, and the chassis and body were new from the asphalt up. The changes gave the Corvette a level of sophistication equal of any European sports machine.

Undoubtedly the biggest change was the switch from the solid "live" axle of the previous-edition Corvette to an ingenious independent rear suspension that stepped the car up several notches in technology. In tandem with the shorter wheelbase, the new independent suspension made the Corvette much more maneuverable and helped immensely in getting the Corvette's substantial power to the road. And there was power aplenty. The 327 cubic inch V-8 was offered in four versions. In base trim the Corvette delivered 250 horsepower, but step-ups could net 300, 340 or even 360 horsepower -- the latter with fuel injection. No matter the engine, however, the Corvette StingRay of the era had few equals on road or track, and no equals in price. It was truly America's sports car. 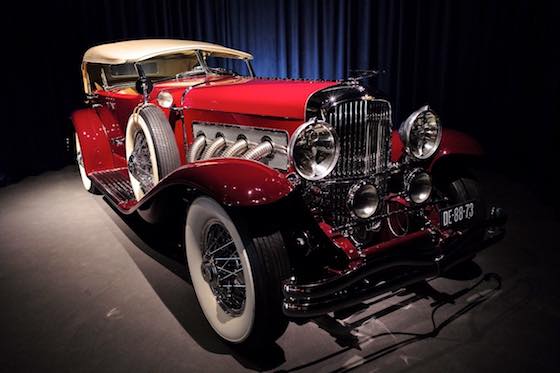 Duesenbergs won the Indianapolis 500 in 1924, 1925 and 1927. But sweet as that last Indy 500 victory was, the year 1927 was not a good one for the brother team that owned the company. With financial difficulties hanging over their heads, the Duesenbergs found a savior in Erret Lobban Cord, and what Cord had in mind was translating Duesenberg's news-making racing exploits into an ultra-luxury line of vehicles for the street. His grandiose but ultimately accurate claim for Duesenberg was "The World's Finest Motor Car."

Cord's first order of business was designing a new Duesenberg model with styling as impressive as its engineering. Since most buyers of cars in the Duesenberg class had their cars fitted with custom bodies, only a few portions of the vehicle were ripe for standardization, but the Cord design team did a masterful job. The grille and radiator shell of the new Duesenberg had the classic grace of a Greek temple, while the oversize headlights gave the front end a wide-eyed look. The hood was impressive both in its length and simple form, and under the hood was a sophisticated twin-overhead-cam engine that produced 265 horsepower.

If there was any doubt that the Model J was an ultra-luxury machine, that doubt was removed by its price tag. A body-less chassis often sold for more than $8,000, and custom coachwork then added $4,000 to $7,000 to that figure. Of course, to those who were living large in the Depression-ridden 1930s (like movie idol Clark Gable), that price was another mark of distinction. And for those who were even more power-hungry, a supercharged SJ model was also available. With the right bodywork, an SJ was said to have a top-speed potential of more than 130 mph. 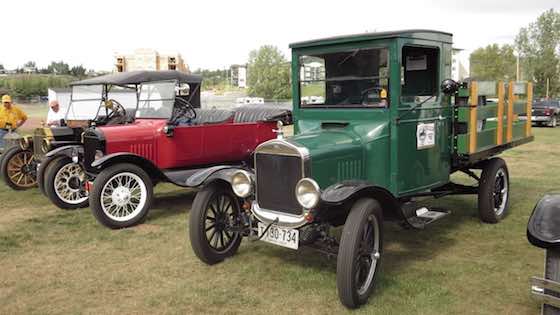 The Ford Model T achieved legendary stature after its passing, but during its life span, it got little respect -- despite the fact that it literally changed the world. While the Model T would eventually be viewed as old-fashioned as high-button shoes, it was innovative when it crashed headlong into the American market in October 1908. Among its special features were its planetary transmission, the use of a detachable cylinder head and the left-side mounting of its steering wheel. The two forward speeds and the reverse transmission was operated by foot pedals, enabling, as Ford claimed in its literature, "the driver to stop, start, change speeds or reverse the car, without removing the hands from the steering wheel."

The four-cylinder engine was ruggedly simple. Its block and crankcase were cast as a piece, and the detachable head made service easy. Reliable as red brick, the 177-cubic-inch Model T engine produced 22 horsepower at 1600 rpm and delivered a fuel economy better than 20 miles per gallon. The chassis of the Model T was just as rugged. While many cars of the day still used wooden parts in their chassis, the Model T's frame and running gear were fashioned from vanadium and heat-treated steel. With a 100-inch wheelbase, the typical Model T weighed about 1,200 pounds and offered more than 10 inches of ground clearance. It was perfect to do combat with America's vast network of unimproved, unpaved roads.

The Model T wasn't just an immediate hit in the marketplace: It transformed the marketplace. To keep up with demand, Ford had to invent new production techniques, culminating in 1914 with the invention of the moving assembly line. By 1919, Ford Motor Co. had produced its three-millionth Model T, and the momentum was continuing to build. After weathering a recession in 1920, Ford's yearly production topped one million a year in 1922, 1923, 1924 and 1925. In 1927, after an incredible production run of more than 15,485,000 Model T's, Ford's factories ceased building the car -- a car that, more than any other, defined what the world's auto industry would become.

Greatest Cars - The Top 5 American Cars of All Time