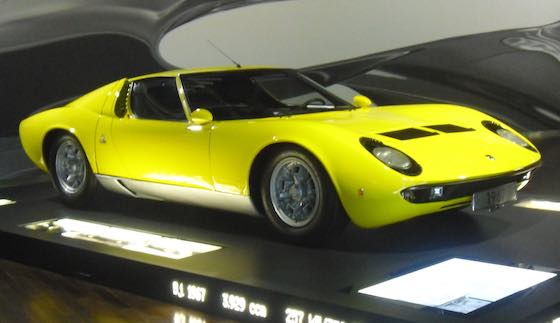 At that point, however, the parallels between the two automotive legends begin to fail, because the cars Lamborghini brought to market under the sign of the bull were about as different from a Model T Ford as an F-16 is from a Piper Cub. Sure, they both fly but...

Well, there were certainly no buts about what Lamborghini wanted in a car. As a born mechanic who loved to "wrench," he had definite ideas about what the vehicles that would bear his name would be. Born near Bologna in the middle of World War I, Lamborghini was the son of a farmer, but it soon became apparent that he was more interested in fixing machinery than raising chickens. When he was still a teenager, his father sent him to Bologna for formal schooling and then helped him land an apprenticeship with a machine shop.

Lamborghini was in his early twenties when World War II brought Europe to an abrupt halt. He enlisted in the Italian air force, which soon put his mechanical talents to work running a motor pool on the island of Rhodes. When Rhodes was liberated by the British in 1944, Lamborghini was technically taken prisoner, but the Brits wisely used his way with things mechanical until well after the war had ended. It wasn't till 1946 that Lamborghini returned to Renazzo di Cento, the tiny village of his birth.

There Lamborghini continued to use his mechanical aptitude to better himself and his family during the bleak post-war era. He scrounged enough parts from wrecked military equipment to build his first farm tractor, and within three years he had done so well that he was able to build a tractor factory - Lamborghini Trattice.

His innovative designs proved excellent for Italy's small farmers, and the enterprise grew rapidly. By 1960 he decided to branch out into heating and air conditioning equipment. Well-connected with the Italian government, that business, too, prospered.

The farmer's son had certainly done well. Now a wealthy man, he could have been excused if he had decided to live off his holdings, while letting others do the dirty work. But Lamborghini grew interested in starting yet another enterprise - automobile manufacture. 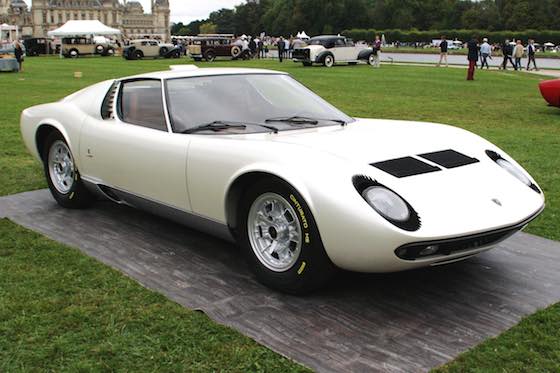 Legend has it that the tractor maker became dissatisfied with his Ferrari and took it down the road to Maranello to discuss its shortcomings with one Enzo Ferrari. There Il Commendatore either rebuffed Lamborghini or refused to see him at all. Because of this, the legend continues, the tractor manufacturer decided to outdo the famous car builder at his own game. Within months he had opened Automobili Ferruccio Lamborghini.

Appealing as this legend may be, the fact is it's probably untrue. Of course, there is no doubt that Lamborghini owned a number of Ferraris along with a passell of other cars. Given his love for things mechanical, that only stands to reason. And given the fact that he owned a number of Ferraris, he almost certainly had mechanical problems with one or more of them. That, too, only stands to reason.

But Lamborghini got into the car business, not because he was upset with Ferrari, but because of his lifelong love of cars. In the late Forties, at the same time he was working overtime to establish his tractor manufacturing business, he also found a few spare moments to put together overhead valve heads for the diminutive Fiat 500 Topolino. In fact, he actually drove a car so equipped in the 1948 Mille Miglia, his only official entry in racing.

With his other enterprises making him rich and netting him social standing (the president of Italy granted him the title Cavaliere del Lavoro), Lamborghini was ready to charge ahead into automobile manufacturing. But he had no desire to reach the mass market with his cars; his effort would truly be a labor of love.

A good manager who understood the wisdom of hiring good people and letting them do their jobs, Lamborghini recruited some excellent young talent to his budding firm. Among them were Giampaolo Dallara, a Ferrari and Maserati veteran yet not quite 25 years old when he joined the team as chief engineer; Paolo Stanzani, also from Maserati and also about 25 when he became production chief; and Bob Wallace, a New Zealand born racing junkie with stints at Ferrari and Maserati racing teams, who assumed the role of development chief.

To balance his young crew, Lamborghini tapped an established GT racing engineer to design the engine. Giotto Bizzarrini was fresh from spearheading the Ferrari 250 GTO project and would later build a car or two under his own name, but, out on his own, he was eager to please when Lamborghini came calling. In short order, he designed a 3.5-liter dual overhead cam 24-valve engine that would eventually produce 385 horsepower in the Miura. Initially, however, the engine was fitted under the front hood of a fairly dreary looking coupe called the 350 GTV.

While the 350 GTV wasn't exactly handsome, it was state-of-the-art in 1963 with not only the sophisticated engine but also five-speed transmission, front and rear independent suspension and disc brakes. Though reviewed well by the motoring press, it created little stir. In the following few years, Lamborghini introduced the 400GT, Islero and Espada, again to mild acclaim.

Nothing, however, prepared the tiny Lamborghini team for the reception the Miura would receive when it was shown in chassis-only form at the 1965 Turin auto show and then in show car trim at the following year's Geneva show. 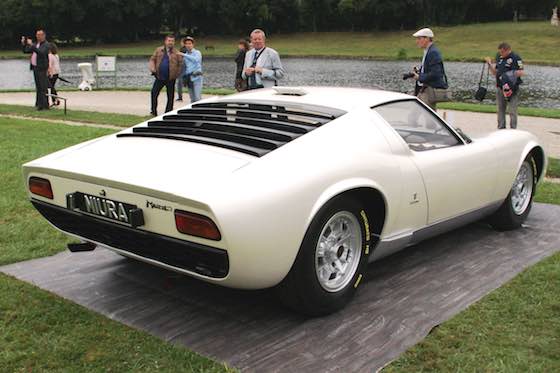 Why the Lamborghini Miura was such a hit?

Very simply, the Lamborghini Muira changed everything about the way people thought about passenger cars.

The Muira took a leading-edge racing configuration and wrapped a street car around it, and that street car wore one of the loveliest bodies you'll ever see outside of the Victoria's Secret catalog. Very frankly, it out-Ferraried Ferrari.

Under an absolutely lovely, sinuous body penned by Bertone's Marcello Gandini, was a startlingly innovative chassis and equally impressive engine. By the early Sixties, midships-mounted engines had become standard practice in Grand Prix racing, and they were beginning to take hold at Indianapolis, but the audacious move of using that configuration for the street won Lamborghini immediate honors. It was a remarkable piece of engineering, because it wasn't just pretty; it worked.

Obviously the key challenge was squeezing the big 3929 cubic centimeter V-12 into the middle of the car while still leaving enough room for the passengers. Dallarra, Stanzani and Wallace accomplished this feat by turning the engine sideways and then engineered crankcase, transmission and final drive integrally to make the whole thing actually move.

Working in totally uncharted territory, Dallarra, Gandini and company put together a design that has advantages over current mid-engine monsters: such things as real luggage space and decent footroom. Though the Miura (named after a type of fighting bull) was just 41 inches high at its tallest point, it was relatively easy to get in and out of. Once inside, though, one rarely wanted to get out, because its handling was a revelation compared to that of its contemporaries.

Straightline acceleration wasn't bad either. The zero to 60 mph sprint took just 5.5 seconds, and top speed was right around 170 miles per hour. Of course, at that speed steering became a trifle baffling, since Gandini's attractive front end with its lay-down headlamps developed some disconcerting lift.

In full production the Lamborghini Miura was well ahead of its competition from Ferrari and Maserati, but its lead did come at a price. Early Miuras lacked the development and shakedown time that they should have received and, thus, were troublesome to their wealthy owners. And then, be-set by labor troubles and financial difficulties, Ferruccio Lamborghini began to distance himself from the car company that bore his name. He sold controlling interest in Automobile Ferruccio Lamborghini in 1972 and canceled production of the Miura well before its time. It was a shocking ending to a landmark automobile.