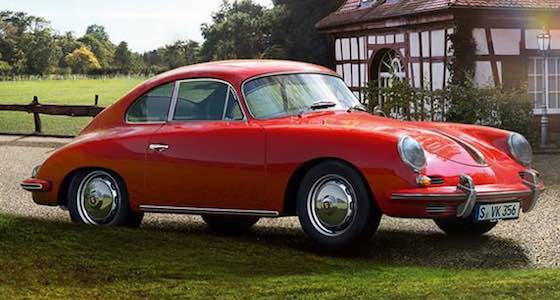 The body Butzi Porsche designed for what would become the iconic Porsche 911 is, without question, one of the most stellar automotive creations in history. The word 'timeless' is thrown at designs with cliched regularity in the car business, but none can doubt that the 911's body is one for the ages. Penned more than 35 years ago, it looks absolutely contemporary today.

By the mid-1950's Porsche had come a long way from the backwoods operation it had been in the grim aftermath of World War II.

In the midst of horrible adversity, Ferry Porsche had somehow established his company as a genuine auto manufacturer and had begun to create an international reputation for innovation in the sports car arena.

Moving from the wilderness of Gmund back to Stuttgart in 1949 was a giant step, sending Porsche on its way to making the transition from oddball upstart to solidly successful sports car manufacturer.

Despite being relatively new to the marketplace, Porsche street machines gained distribution to many countries around the world.

Various versions of the Porsche 356 were the basis for Porsche's early commercial success, but Ferry Porsche was convinced that for his cars to win greater acceptance in the marketplace victories on the racetrack were not just desirable; they were crucial. He was also realist enough to understand that the 356 had definite limitations as a racing car. To address those limitations Porsche decided that an entirely new design was needed. 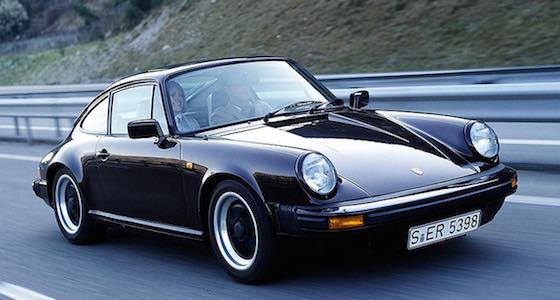 But before Porsche engineers could get going on the race car project, Porsche ran into an unexpected cash flow problem and, by late 1951, it was teetering on the edge of receivership. Redemption came from an unexpected source - Studebaker.

In the spring of 1952, the venerable but still inventive American car company contracted with Porsche to develop a new model for sale in the United States. That model never materialized, but the design fees kept Porsche afloat when it might well have gone under and, further, it helped finance Porsche involvement in racing. (The sports car that Studebaker eventually brought to market, the Avanti, was very un-Porschelike in styling and engineering.)

Porsche's early racing efforts were aided immeasurably by Walter Glockler, a Frankfurt-based Volkswagen dealer who built a series of racing machines powered by VW engines. By 1953 Glockler and Porsche were cooperating so closely that Glockler's race cars bore Porsche badges, and later that year the Frankfurt dealer helped Porsche launch its famed 550.

The 550 was exactly what Ferry Porsche had been aiming for from about 1950 onwards - a true racing machine that could carry the Porsche name to glory at famous racing venues like Le Mans, Pebble Beach and Mexico's Carrera Panamericana. Like most racing cars that campaign more than one season, the 550 was a work-in-progress. Originally equipped with a pushrod VW engine fitted to a ladder frame, the 550 eventually used Porsche's Ernst Fuhrmann-designed four-cam engine in a rigid space frame to cut a swath through sports car racing in the mid-Fifties with class wins at Le Mans and in the Carrera. Amateur racer James Dean was at the wheel of a 550 Spyder and on his way to a central California race when he met his Maker in September 1955.

As the Fifties came to a close Porsche introduced the 356 B, a deftly altered version of the original Porsche model and a version that some claimed showed definite American influence. Among these touches were bigger bumpers and a heavier dose of chrome.

While purists decried the changes, the cash registers at Porsche dealerships rang like never before. It also provided the inspiration for an entirely new 911 Porsche model that would eventually replace the beloved Porsche 356.

The seeds of the 356 replacement began to be sown as early as 1956 when Ferry Porsche issued a directive to designers and engineers contemplating a new model. Their germination accelerated rapidly on June 9, 1960, when Porsche management approved the decision to develop a six-cylinder engine for passenger car use. Up until then Porsche had been a company that relied on four-cylinder power, be it of Volkswagen origins or the significantly more robust four-camshaft wonder designed by Ernst Fuhrmann. By 1960, however, it had become quite clear that a bigger engine was necessary to remain competitive in the marketplace. That year, for instance, the Chevrolet Corvette offered a fuel-injected 283 cubic-inch V-8 that developed 290 horsepower. Despite the fact that the Corvette's suspension was far less sophisticated than the 356's, with that amount of horsepower on tap, the Chevrolet could leave the Porsche sucking dust.

Late in 1961, the heat under the new project grew when the Porsche managing committee sanctioned the creation of an all-new body for the Porche 356. To be designed by Butzi Porsche, one of Ferry Porsche's sons, the re-design was to be a two-seater, not a two-plus-two, with the extra space given over to luggage room.

What emerged at the 1963 Frankfurt auto show was something quite different. Instead of being a re-bodied 356, the 911 concept car that graced the show stand that year was completely new. It had a new engine - a horizontally opposed air-cooled single overhead cam six cylinder. It had a new suspension - rear swing axles giving way to a much a more sophisticated arrangement of semi-trailing arms and torsion bars. And it had a new body - an exterior that suddenly made the 356 look dated while, at the same time, carrying on in its tradition.

The body Butzi Porsche designed for what would become the 911 is, without question, one of the most stellar automotive creations in history. The word "timeless" is thrown at designs with cliched regularity in the car business, but none can doubt that the 911's body is one for the ages. Penned more than 35 years ago, it looks absolutely contemporary today. And while the early Sixties did offer some attractive designs, none of them had the staying power of the 911. (If you need proof , consider this: the 1963 Buick Riviera, 1963 Chevrolet Corvette Stingray or 1965 Ford Mustang, while all well-drawn cars, would seem absurd if they were offered to the public today, yet the 911 would fit in as well now as when it was new.) 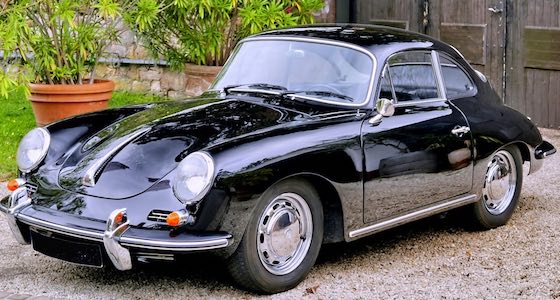 First shown to the public wearing prominent TYP 901 tags, the model designation of the new Porsche was changed to 911 because Peugeot held the European rights to all three-digit model numbers with a "0" middle digit. Though it debuted in late 1963, it wasn't until a year later that the first production 911's started appearing in showrooms. The amazing thing is that, even in these days of rapid innovation and incredible competition, the model's appearance in Porsche showrooms has never stopped. It has been one of the few constants from the Johnson administration through the Clinton years.

Critics will debate this assertion for months on end, but arguably the greatest 911 of them all was the Carrera 911 RS of 1972-1973. Only a little over 1,500 of these specials were produced, but they have created a saga that still lives 25 years later.

With the flat-six bored out to 2.7-liters, the Carrera RS offered 210 horsepower at 5100 rpm, which was fed through a close-ratio five-speed gearbox to the rear wheels. With the RS body lightened from the standard 911 curb weight of 2,200 pounds to under 2,000, this lightweight rocket could accelerate from zero to 60 miles per hour in just 5.6 seconds. Top speed, aided by the odd Burzel rear spoiler, was 150 miles per hour.

The Carrera 911 RS, in nearly streetable form, won the 1973 24 Hours of Daytona. It was just one of hundreds of memorable racing victories for the 911, part of a tradition that continues to this day and shows no signs of slowing down.

The Porsche 911 traces its roots to sketches drawn by Ferdinand "Butzi" Porsche in 1959. The Porsche 911 was developed as a more powerful, larger, more comfortable replacement for the Porsche 356, the company's first model. The new car made its public debut at the 1963 Frankfurt Motor Show.