NFL 2016: What To Look For: Championship Weekend Preview 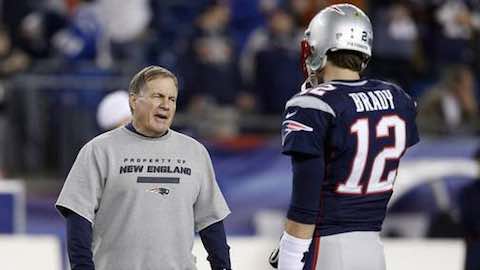 NFL 2016: What To Look For: Championship Weekend Preview

The PITTSBURGH STEELERS have advanced to the AFC Championship Game for the 16th time in franchise history and are 8-7 (.533).

The winner of Sunday's AFC Championship Game will set an NFL record for the most Super Bowl berths in NFL history.

Pittsburgh, New England and the GREEN BAY PACKERS have three of the four highest postseason win totals in NFL history and are all in action on Championship Sunday.

The Steelers, who defeated Miami in the Wild Card round and Kansas City in the Divisional Playoffs, have 36 postseason wins, the most in NFL history. The Packers (34) and Patriots (30) rank tied for second and tied for fourth, respectively, in all-time postseason victories.

Been There, Done That Quarterbacks

The seven combined Super Bowl victories by Brady, Roethlisberger and Rodgers are the most by the four starting quarterbacks playing in a season's Conference Championship Games.

Several of the NFL's best and brightest have the opportunity to make their mark in the postseason record book on Championship Sunday.

Pittsburgh running back Le'veon Bell rushed for 170 yards in the Steelers 18-16 win at Kansas City in the Divisional Playoffs and is the first player in NFL history to rush for at least 150 yards in each of his first two career postseason games. Bell, who had 167 rushing yards and two touchdowns in the Wild Card win against Miami, has the two highest single-game rushing performances in franchise postseason history.

With 113 rushing yards at New England on Sunday, Bell would become the fifth player in NFL history with at least 450 rushing yards in a single postseason.​

Most rushing yards in a single postseason

Atlanta quarterback MATT RYAN passed for 338 yards with three touchdowns for a 125.7 rating in the Falcons' 36-20 win over Seattle in the Divisional Playoffs.

New England head coach BILL BELICHICK and quarterback TOM BRADY have made six Super Bowl appearances together, the most appearances by any head coach-quarterback combination in NFL history.

With a win Sunday against the Steelers, the Patriots can extend their NFL record for the most such Super Bowl appearances.

With a win, Belichick (six) would surpass Pro Football Hall of Famer DON SHULA (six) and become the only coach to lead his team(s) to seven Super Bowls.

NFL Football: "NFL 2016: What To Look For: Championship Weekend Preview"