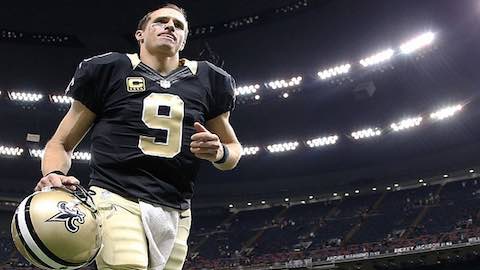 New Orleans quarterback Drew Brees led the NFL with 4,870 passing yards in 2015 and became the first player to lead the league in passing yards six different times. Unfortunately, the Saints finished missed the playoffs. Will Brees and the Saints bounce back this season?

The Saints finished the season with one of the worst defenses in the league. On the other hand, the Saints were ranked among the best offense in the league. Nonetheless, Brees and teammates watched the playoffs on TV.

So, how can New Orleans bounce back from that dreadful 2014 season?

After missing the NFL Playoffs with back-to-back 7-9 losing seasons, the Saints NFL 2016 campaign doesn't look that promising. However, Brees is still an elite quarterback and is more than capable of turngin the Saints around.

In a season to forget for the Saints, Brees still managed to lead the NFL in numerous offensive categories.

"I love this game and I want to play it for as long as I can," says Brees. "When all is said and done, we can look back and talk about records, but for now, it's about winning. It's about trying to find a way to win a championship."

Last year, Brees recorded his seventh career 4,500-yard passing season, the most in NFL history. It also marked his sixth consecutive season with at least 4,500 passing yards, also the most in league annals.

Brees had 10 games with at least 300 passing yards last season and has 96 such games in his career, the most in NFL history.

Most NFL Games with 300+ Passing Yards