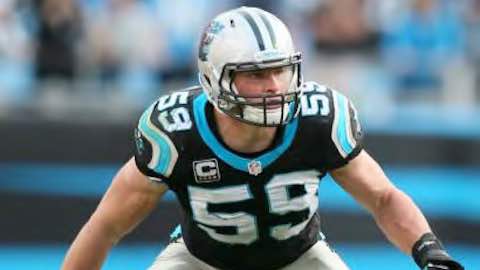 The Carolina Panthers won a franchise-record 15 regular-season games last year and advanced to Super Bowl 50, before losing to the Broncos

The Panthers, guided by head coach RON RIVERA, became the seventh team in NFL history to win at least 15 regular-season games (15-1). Of those seven clubs, Carolina was only the fourth to advance to the Super Bowl.

"We've built a good locker room here," says Rivera about his team. "The character and chemistry in the locker room is what you want it to be. We talk about building a family-type atmosphere and a lot of that has to do with these guys keeping their own personality and character and being who they are and staying true to that."

Carolina finished a perfect 10-0 at home last year, winning all eight regular-season games and both playoff contests at Bank of America Stadium.

"Our fans are awesome," says Carolina linebacker LUKE KUECHLY. "There's a sense of community in the whole Charlotte area and throughout the Carolinas. Panthers fans have been awesome to us and I'm proud and happy to be a Carolina Panther." 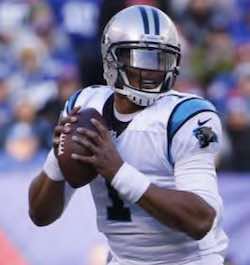 "It's been fun watching Cam because every year he's improved," says Carolina center RYAN KALIL. "We knew from the get-go when he got here and broke all those NFL rookie records that we had someone special. Watching him grow each and every year, it's been incredible. This was a big year for him."

Newton passed for 3,837 yards and rushed for 636 yards in the regular season and is the only player in NFL history with at least 3,000 passing yards and 500 rushing yards in five different seasons.

"I wouldn't be in this position without this collective group coming together to work as a team," says Newton about his success. "I don't want to take all the credit because it wasn't just me making an impact on the field. A lot of this is from the supporting cast." The Panthers had a league-best 10 players selected to the Pro Bowl: linebacker THOMAS DAVIS (1st), Kalil (5th), Kuechly (3rd), Newton (3rd), cornerback JOSH NORMAN (1st), tight end GREG OLSEN (2nd), defensive tackle KAWANN SHORT (1st), running back JONATHAN STEWART (1st), fullback MIKE TOLBERT (2nd) & guard TRAI TURNER (1st).

Carolina led the NFL with 39 takeaways, 24 interceptions and a +20 turnover differential during the regular season. Including the playoffs, the Panthers recorded an NFL-best six interception-return touchdowns, including a league-high three by Kuechly. Kuechly had interception-return touchdowns against Seattle in the Divisional Playoffs and versus Arizona in the NFC Championship Game, becoming the first player in league history with an INT-TD in back-to-back games in a single postseason.

"We play together as a group and that is who we are," says Davis, who was the only player in the NFL last season with at least four sacks (5.5) and four interceptions (four) during the regular season. "This is what we're capable of and we can truly dominate football games."