NFL 2016: Importance of the Ground Game 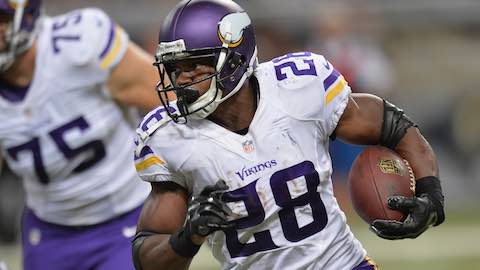 NFL 2016: Importance of the Ground Game

A tough, reliable running game allows an offense to command a game's pace. In the majority of games, it can also control the outcome.

Minnesota Vikings running back Adrian Peterson led the NFL in rushing (1,485 yards) for the third time in his career. The Vikings were 7-0 last year in games when Peterson rushed for more than 100 yards. In 2016, Peterson will look to continue to be the focal point of the Minnesota attack.

"I appreciate everything he does for us," says Vikings head coach MIKE ZIMMER about Peterson. "His leadership, the way he comes out to practice and the way he prepares. Everything. I'm impressed with him and the way he does things all the time."

The winning percentage of teams with a 100-yard rusher, 100-yard receiver or 300-yard passer over the past five seasons: