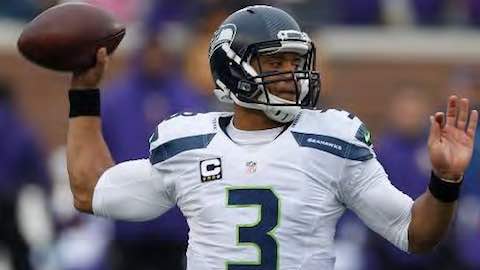 Russell Wilson, who has started all 64 games since entering the league as a third-round draft selection (No. 75 overall) in 2012, has been selected to the Pro Bowl in all four seasons, including winning Offensive MVP honors at the 2016 Pro Bowl. He has compiled an overall record of 53-21 (.716) in his career (including the playoffs) and his 53 total wins and 46 regular-season wins are the most ever by a quarterback in his first four seasons to begin a career.

"Russell Wilson is unbelievable and a phenomenal quarterback," says Seahawks wide receiver DOUG BALDWIN, who tied for the NFL lead with 14 touchdown receptions last season. "When he's doing what he's doing, it's very hard for any team to stop him because of how good he can be." 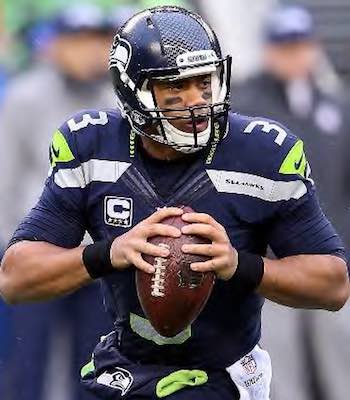 In Russell Wilson, receiver Doug Baldwin and one of the NFL's top defenses, the Seahawks are top-flight contenders.

Wilson continues to improve coming off a season in which he led the NFL in passer rating (110.1), set career highs in completion percentage (68.1) and yards per attempt (8.3).

Wilson played his best down the stretch as he guided Seattle to wins in six of their final seven games to clinch a postseason berth. In Weeks 11-17, Wilson threw 24 touchdown passes and just one interception, becoming the first player in league history to pass for at least 24 touchdowns and have one or zero interceptions in a seven-game span within a single season. Included in that streak -- from Weeks 11-15 -- was a period in which Wilson became the first player in NFL history to pass for at least three touchdowns and no interceptions in five consecutive games.

"It's a good stretch, obviously, to get wins against very tough teams," says Wilson of his play at the end of the season. "The only thing that matters each week is going 1-0. That's just our focus and it gives us a really good chance to be successful."

"I think a great leader is consistent every day," says Wilson. "That's how I try to be in terms of my work ethic on and off the field and being the first one in and the last one to leave. It's the same thing every day. My job in playing football is to help the other 10 guys in the huddle get better. If I can do that, if I can help facilitate getting the ball to the right guy at the right time, I'm doing my job."

Wilson has 24 career games with multiple touchdown passes and no interceptions, the most such performances by a player in his first four seasons since at least the 1970 merger.

He has seven career games with a passing touchdown, a rushing touchdown and no interceptions, the second-most by a player in his first four seasons to begin a career (CAM NEWTON, 12).

"The only thing I really care about is winning," says Wilson. "Whatever it takes to figure out a way to help our team win. That's my ultimate goal. I keep trusting every time that I'll have success and keep believing that it's going to happen in the right way for me."

Russell Wilson embraces the opportunity to perform under pressure. Last year, Wilson posted an NFL-best 114.8 passer rating in the fourth quarter, throwing for 1,055 yards with nine touchdowns and just one interception. Wilson's 114.8 rating is the best fourthquarter passer rating by an NFL quarterback since PEYTON MANNING (116.0) in 2009.

"I try to lead in the same way, try to be clutch when I need to be and just try to put us in a great position to win," Wilson says.