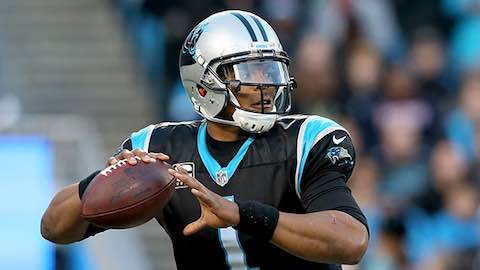 Cam Newton took it upon himself to carry Carolina to a 15-1 record and Super Bowl berth. Even with many predicting the Panthers to fall to the Arizona Cardinals in the NFC Championship, the Panthers instead romped to a 49-15 victory as Newton accounted for four touchdowns. The Panthers couldn't solve Denver's airtight defense, but that could be said about every squad around the league.

"Super Cam" didn't rewrite any major passing records, but he did mature into an above-average pocket passer. Cam's true differentiating factor was his legs, which churned out 636 rushing yards and a whopping 10 touchdowns to bring his total output to 4,473 yards and 45 touchdowns. Newton wasn't just a championship-caliber quarterback in 2015. He was a force of nature.

The Panthers topped the NFL in scoring with 500 points and 59 touchdowns -- both club records -- and Newton led the NFL with 45 total touchdowns.

Cam Newton became the first player in league history to pass for at least 30 touchdowns (35) and rush for at least 10 touchdowns (10) in the same season and was named the NFL's Offensive Player of the Year and the league's Most Valuable Player.

"It means so much, but not just for myself," says Newton about winning the NFL MVP award. "To be the first person in Panthers history to win it, that's what I'm most proud of. I've received a lot of awards but to be able to get it for this organization, I'm really proud. It took years of hard work and dedication and now we are reaping the benefits." 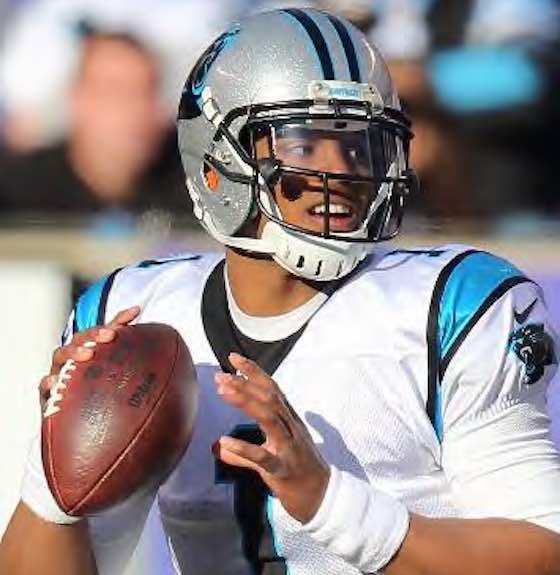 Last season, Newton had seven games in which he recorded both a touchdown pass and a rushing touchdown. He has 31 such games in his career, tied with Pro Football Hall of Famer STEVE YOUNG for the most in NFL history.

Newton passed for 3,837 yards and rushed for 636 yards and is the only player in NFL history with at least 3,000 passing yards and 500 rushing yards in five different seasons. In his career, Newton has 21,470 combined passing (18,263) and rushing yards (3,207), the highest total in a player's first five seasons in NFL history.

Newton was named the NFC Offensive Player of the Week five times (Weeks 9, 11, 13, 15 and 17) in 2015. He joined TOM BRADY (2007) as the only players to be named Player of the Week five times in a single season. Newton is the only player in league history to win five Player of the Week Awards in a nine-week span within a season. Newton passed for five touchdowns in a game three times last year, including a Week 15 performance in which he became the first player in NFL history with at least 300 passing yards (340), 100 rushing yards (100) and five touchdown passes (five) in a single game.

In the NFC Championship Game, Newton led Carolina to a 49-15 victory to earn a berth in Super Bowl 50. In that contest, he became the first player in NFL history to pass for at least 300 yards (335) and rush for multiple TDs (two) in a playoff game.

"He's the only quarterback in the league who can make some of these plays," says Panthers Pro Bowl tight end GREG OLSEN. "That sums him up. He's a special guy. What more can you say?"