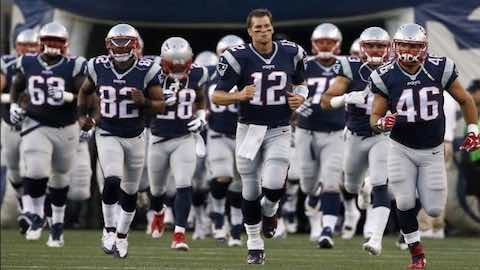 Close games and great comeback victories. New teams making the playoffs and winning divisions. Consistent teams excelling once again. And so much more. Here's a look at the excitement we witnessed during the NFL 2016 Regular Season

The NFL 2016 regular season had it all, including a fantastic finish.

Six of the NFL's eight divisions featured new champions in 2016, the most in a season since 2011.

The 2016 season featured many exciting games with close finishes, as 57 percent were decided by one score -- 146 of 256 games were decided by eight or fewer points, the most of any season in NFL history.

Each of the 12 teams still in Super Bowl LI contention can look back at the wild ride that was the 2016 regular season and appreciate how challenging the road to the playoffs was.

The DALLAS COWBOYS (13-3), led by rookie quarterback DAK PRESCOTT and rookie running back EZEKIEL ELLIOTT, wrapped up the No. 1 seed in the NFC for the first time since 2007.

"It is a whole new season now," says Prescott of advancing to the postseason after finishing with the top record in the NFC. "Everything you do from this point on is really how you get looked at at the end of the year. So that is important to us, looking forward and playing a long time in this postseason."

"It's so much fun when you get a playoff game at home in front of your own crowd and the energy that kind of comes along with that," says Atlanta head coach DAN QUINN, who helped guide the Falcons to the NFC South title. "It's a byproduct of winning your division, where you're guaranteed a home game. And then if you have a chance to go past that where better things can happen, then you go from there. It's a significant thing and a really cool experience."

The 2016 season also proved that consistency is difficult, but not impossible, to maintain in the NFL. The NEW ENGLAND PATRIOTS won their eighth consecutive AFC East division title (2009-present), surpassing the 1973-79 Rams for the most consecutive division championships in NFL history. The Patriots, who finished with a 14-2 record, tied the 2003-09 Colts as the only teams in NFL history with at least 12 wins in seven consecutive seasons.

The NFL is never short on surprises, and that leads to the excitement we witnessed in 2016

Games continued to be close, as more than half of all games were decided by one score.

Games Decided By One Score

Most Games Decided By Eight Or Fewer Points

Most Games Decided By Seven Or Fewer Points

Seventy-two percent of games (184 of 256) were within eight points in the fourth quarter, the highest percentage since the institution of the two-point conversion in 1994.

The 184 games are the most of any season in NFL history.

Most NFL Games Within 8 Points in 4th Quarter

170 of the season's 256 games (66.4 percent) were within seven points in the fourth quarter, the most of any season in NFL history.

Most NFL Games Within 7 Points in 4th Quarter

Games continued to have a flare for the dramatic, as tight contests frequently came down to the wire.

There were 72 games won by teams that trailed in the fourth quarter in 2016, the most such games in a season in NFL history, surpassing the previous high of 70 in 1989.

The DETROIT LIONS won eight games when trailing in the fourth quarter in 2016, the most in a single season in NFL history.

The DALLAS COWBOYS clinched the NFC East division title, which marked the 13th time in the past 14 seasons that one or more teams went from last or tied for last place to a division championship the following year.

NFL teams to go from "worst-to-first" in their division

The NEW ENGLAND PATRIOTS captured their eighth consecutive division title, the longest streak in NFL history, breaking a tie with the 1973-79 Los Angeles Rams (seven). The Patriots are the only team in NFL history to win 13 division titles in a 14-year span.