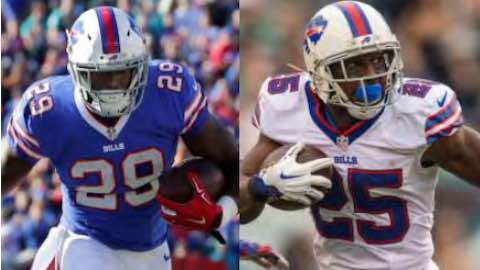 What's better than having one great running back on your team? Having two. Here's the NFL teams blessed with the best set of running backs

"When you have two or three different guys involved running the football over the course of a game, I think the benefits are many," says Dallas Cowboys head coach Jason Garrett. "There's a freshness that each of those guys has. Maybe they have different styles. They can attack defenses in different ways and they're just more versatile than one guy might be."

Despite the proliferation of the passing game, teams have continued to rely on different options in the backfield to gain an advantage.

"We've been doing this for three years to form a two-back package," says Cardinals head coach BRUCE ARIANS. "We're going to continue with the package because they all bring such dynamic passing game stuff, and obviously they can run." The teams that employed two running backs with at least 400 rushing yards each in 2015:

"I think that was one of the main reasons we led the league in rushing," says Buffalo head coach REX RYAN about the Bills' running backs. "It was the talent that we had at running back. When you look at the positives, this is a real positive thing. We were able to lead the league in rushing and rushing average with a stable of backs we feel really good about moving forward."

Most Rushing Yards Per Game