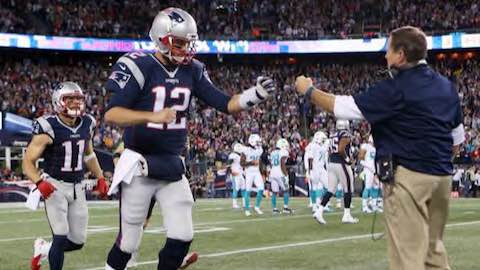 The New England Patriots finished 12-4 in 2015, earning the No. 2 seed in the AFC and their seventh consecutive AFC East division title, tying the Los Angeles Rams (1973-79) for the longest such streak in NFL history.

"That's what you start with, winning your division," says New England's TOM BRADY, who has led New England to 13 division titles, the most of any starting quarterback in NFL history. "We talk about that every year." 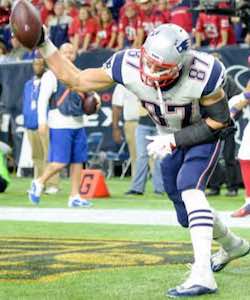 In 2015, the Patriots advanced to the AFC Championship Game for the fifth consecutive season, joining the Oakland Raiders (1973-77) as the only teams to reach five conference championship games in a row. New England is one of two franchises in NFL history (1970s Pittsburgh Steelers) to win four Super Bowls with the same owner (ROBERT KRAFT), head coach (BILL BELICHICK) and quarterback (Brady), as the franchise has enjoyed an incredible run of success since Kraft purchased the team in 1994.

"To be able to maintain that kind of consistent excellence is a rare thing in any field, including on the football field," said President BARACK OBAMA during a ceremony at The White House to honor the Patriots' Super Bowl XLIX victory. "There's the 'Patriot Way' -- a group that values teamwork and hard work above all else. They have set a standard for excellence that we may not see again for a very long time."

NFL Teams with the Most Consecutive 10+ Win Seasons