NFL 2016: What To Look for Wild Card Weekend 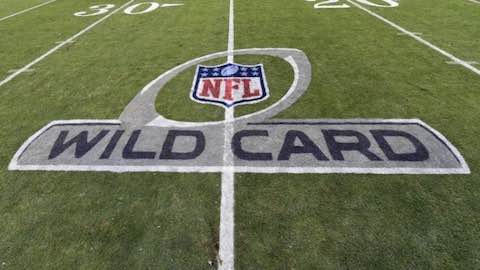 NFL 2016: What To Look for Wild Card Weekend

Here's what to look for during Wild Card Weekend of the NFL 2016 playoffs.

From Wild Card to Super Bowl

Winners in the Wild Card round have won the Super Bowl nine times. At least one Super Bowl participant in six of the past 11 years played a Wild Card Game.

The Steelers (34) are tied with the DALLAS COWBOYS (34) for the most postseason wins in NFL history, while the Packers (32) and Raiders (25) rank third and sixth, respectively, in all-time playoff victories. The NEW ENGLAND PATRIOTS, who are the No. 1 overall seed in the AFC, have 29 postseason victories, the fifth-most all-time.

The teams with the most postseason wins in NFL history:

Green Bay quarterback AARON RODGERS has thrown for at least 300 yards in four postseason games in his career.

Detroit quarterback MATTHEW STAFFORD has thrown for at least 300 passing yards in each of his first two career postseason starts.

Seattle quarterback RUSSELL WILSON has led the Seahawks to five consecutive postseason appearances in his first five seasons in the NFL.

With a start against the Lions on Saturday night, Wilson will join JOE FLACCO (2008-12) as the only quarterbacks in the Super Bowl era to start a playoff game in each of his first five seasons beginning with his rookie year.

With a win over Detroit on Saturday, Wilson, who has seven career playoff wins through his first four seasons, will tie BEN ROETHLISBERGER (eight) for the third-most postseason victories by a starting quarterback in his first five seasons.

With two touchdown catches at Seattle on Saturday, Boldin would move into a tie for third place in touchdown receptions in NFL postseason history.

The players with the :

Most Touchdown Catches in Postseason History

With a start against Houston on Saturday, Oakland's Cook would become the first quarterback in the Super Bowl era to make his first career start in the postseason.

NFL Quarterbacks with the most passing yards in their first career postseason start:

The MIAMI DOLPHINS overcame a 1-4 start to the 2016 season to make the playoffs with a 10-6 record. The Dolphins are the ninth team since 1990 to qualify for the postseason after starting a season with a 1-4 record.

With a win at Pittsburgh on Sunday, the Dolphins would become the sixth team since 1990 to win a postseason game after beginning a season with a 1-4 record. The Kansas City Chiefs accomplished the feat last season, defeating the Houston Texans 30-0 in the Wild Card round.

The teams to qualify for the postseason after beginning the season with a 1-4 record since 1990:

Playoff Teams after beginning at 1-4

NFL Football: "NFL 2016: What To Look for Wild Card Weekend"