Donald Trump: 'I was approached by group interested in Bills' 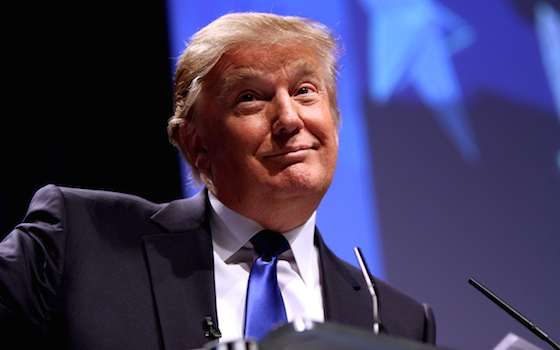 Billionaire Donald Trump revealed that he was approached by a group looking to buy the Buffalo Bills.

The future of the team was in doubt after the recent death of owner Ralph Wilson. However, Trump said he would like to see the team stay in Buffalo.

"I know so many people in Buffalo, and they have asked me about looking at that and I certainly would look at it, but I would ... if it were me, I'd keep the team in Buffalo," he said. "I think it's something that is really vital to the area. ... It would be catastrophic, in my opinion, if Buffalo lost the Buffalo Bills."

Trump is a very good friend of former Bills quarterback Jim Kelly, who is undergoing treatment for cancer in New York City.

"He called me, and actually his family is staying at one of my apartments in New York as he's going through a very rough time," Trump said. "He's a great guy, and he sounded actually really good two days ago. He called me from the hospital."

Donald Trump: 'I was approached by group interested in Bills'