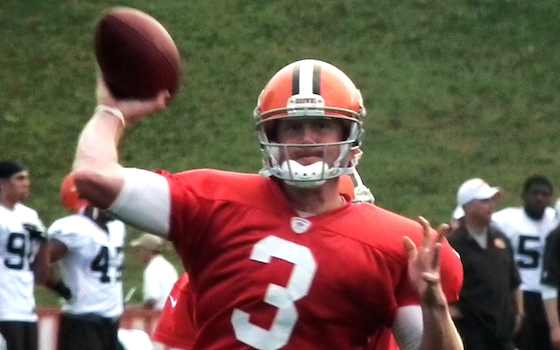 According to a source, Weeden's deal does not include bonus money. He will be the third quarterback under contract behind Tony Romo and Kyle Orton.

The Cowboys have not carried a third quarterback on the roster since 2011, when they had Stephen McGee behind Romo and Jon Kitna, but they appear committed that way early in the 2014 offseason.

Weeden nearly beat the Cowboys in 2012, throwing a go-ahead touchdown pass late in the fourth quarter only to see Romo direct a game-tying drive at the end of regulation and the winning drive in overtime.

Since coach Jason Garrett arrived in 2007, the Cowboys have carried veteran backup quarterbacks in Brad Johnson, Kitna and Orton.

The 30-year-old Weeden does not have the same experience, but joining the Cowboys would give him a chance to rebuild a career that took a big hit with the Browns.