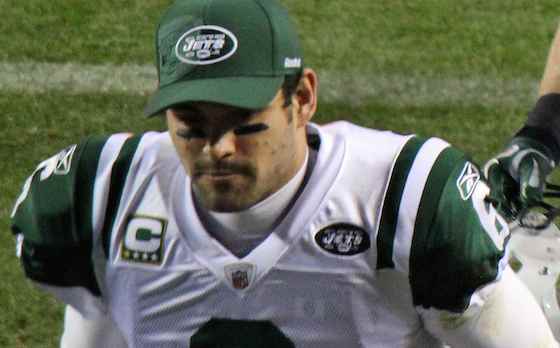 Mark Sanchez announced his desire to displace Nick Foles as starting quarterback with the Philadelphia Eagles after being introduced as the Eagles' new backup QB.

"I'm always going to want to start," said Sanchez. "There's nothing wrong with having that drive. I'll keep that fire going and try to help this team the best I can."

Sanchez said that the Eagles was offensively the best fit for him with the kind of leaders they have and for their explosiveness.

The contract also includes up to an additional $1.75 million in bonuses, bringing the maximum value of the deal to $4 million. Sanchez can achieve his bonuses by playing up to 90 percent of the Eagles' offensive plays.

He was released by the New York Jets last Friday as soon as the Michael Vick deal was completed by his former team.

Sanchez, who is recovering from surgery for torn labrum on his throwing shoulder and had arthroscopic knee surgery last season, underwent a medical exam Thursday.

He resumed throwing recently and is said to be about 80 percent healthy.

He was the presumed opening game starter last season before injuring his shoulder in a preseason game.

The fifth overall pick in the 2009 draft, Sanchez reached the AFC Championship Game in his first two seasons.

Nick Foles is 'a heck of a player, incredible talent'