NFL Should Allow Use of Medical Marijuana 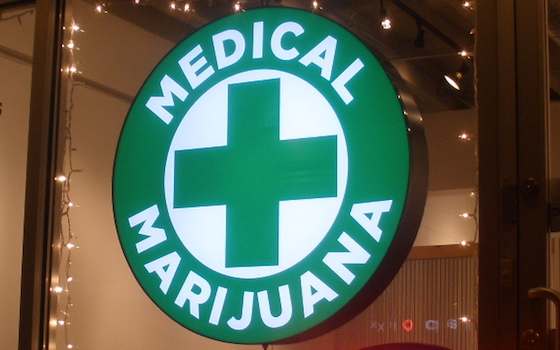 NFL Should Allow Use of Medical Marijuana

New York Jets veteran cornerback Antonio Cromartie believes that the NFL should make medicinal marijuana legal, suggesting that the league is waging a lost cause in banning the substance.

"We're just going to do it anyway," Cromartie said. "They just need to let it go. They need to go ahead and say, 'Ya'll go ahead, smoke it, do what you need to do.'"

Cromartie made his reaction Friday but it was only noticed Wednesday after the Super Bowl XLVIII in the New York/New Jersey area.

Marijuana became a hot topic at the Super Bowl because the Seattle Seahawks and Denver Broncos hail from states that legalized its use. Seahawks coach Pete Carroll created a stir by saying he agreed with the notion the league should investigate medicinal marijuana to see if it can help players.

However, commissioner Roger Goodell downplayed the possibility of the league lifting marijuana from its list of banned substances at his annual Super Bowl news conference,

"It is still an illegal substance on a national basis," Goodell said. "It's something that is part of the collective bargaining agreement with the players. It is questionable as to the positive impacts, in the face of the very strong evidence of the negative effects, including addictions and other issues."

"We'll continue to follow the medicine. Our experts right now are not indicating that we should change our policy in any way. We are not actively considering that at this point in time. But if it goes down the road sometime, that's something that we would never take off the table," the commissioner added.

The NFL Should Embrace the Use of Medicinal Marijuana