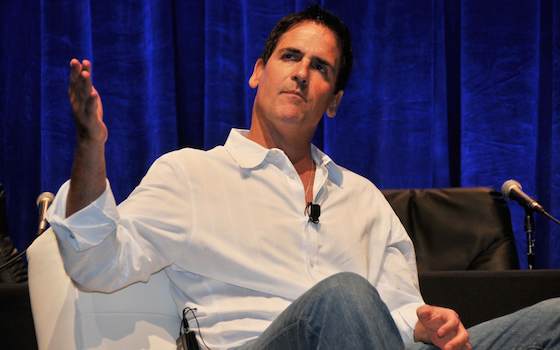 Dallas Mavericks owner Mark Cuban continued his rant against the NFL via a 1,585-word Facebook post where he detailed his controversial opinion that the NFL "is 10 years away from an implosion.

Earlier, Cuban comments focused on what he perceives as "greed" by the country's most popular sports league, saying that NFL's expanding television package would eventually turn off fans.

The TV coverage was one of five points mentioned by Cuban in his Facebook post to explain his prediction for a drastic decline in the popularity of the NFL.

Cuban's first point was that the decline of popularity of football at the youth level due to safety issues could have a trickle-up effect. Concussions, in particular, are a hot-button issue for the NFL office.

"I wouldn't want my son playing football, would you?" Cuban wrote. "I'm sure helmet technology will improve over the next 10 years, but why risk it? There are plenty of sports to play. Plenty of ways to get exercise and if my son decided to do anything outside of sports and never pick up any ball of any kind, I'm fine with that. I can think of 1k things I would prefer him to get excited about doing."

Cuban then explained why he considers off-field player behavior to be a potential threat to the financial health of the NFL.

"The NBA learned this lesson," Cuban wrote. "Fans don't like to see players acting the fool. While fans may forgive players over time, advertisers have long memories.

However, New England Patriots owner Robert Kraft, also chairman of the NFL's broadcast committee, told reporters Monday at this week's NFL meetings in Orlando, Florida, that he had "great respect for Mr. Cuban but I'm not sure I agree with his conclusion."

"He's a very intelligent man," Kraft said. "I can only speak what I know and I've been privileged to be chair of the broadcast committee. We have pretty lucrative contracts going for almost the next decade."