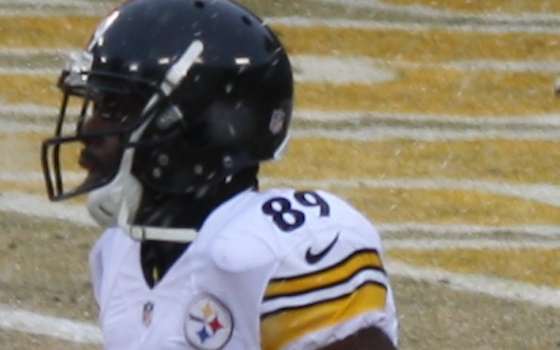 The Panthers made the announcement on Twitter with a photo of Cotchery signing his new deal.

Cotchery chose to sign with the Panthers over his previous team, the Pittsburgh Steelers, two days after visiting with the former's staff in Charlotte.

He noted that he chose Carolina as he treats it like home, having met his wife there while they attending nearby NC State.

The 11-year veteran is also familiar with the Carolina offense, a system he played in for five years during his career, and he also want to use his veteran leadership to a young group.

He has 437 career catches, including 46 last season.

Carolina's lack of experience and depth at wide receiver after free agent losses wasn't a factor for Cotchery.

He also isn't concerned about the lack of offseason throwing time with quarterback Cam Newton, who is expected to miss most of the next four months due to ankle surgery.