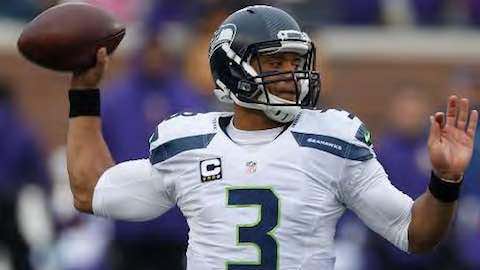 On Sunday, NFL football returns to Los Angeles for the first time since 1994 as the Rams host the Seattle Seahawks. And, that night in primetime, the Minnesota Vikings open their new home -- U.S. Bank Stadium -- when they host the NFC North rival Green Bay Packers. Here's a preview of the interesting games and storylines entering Week 2

The NFL got "Back to Football" with a thrilling Kickoff Weekend, highlighted by close games and comeback victories.

In Week 1, six games were decided by two points or fewer, the most such games in any week in NFL history. There were four games decided by exactly one point, the most ever on Kickoff Weekend.

"I was thinking that we're here to win, so let's win it right now," explained Oakland head coach JACK DEL RIO after the game.

The Kansas City Chiefs overcame a 21-point deficit to defeat San Diego 33-27 in overtime, the largest comeback victory in franchise history. The Chiefs have won 11 consecutive regular-season games and are the first team in NFL history to extend a winning streak of at least 10 games with a comeback victory of 21 or more points.

"It's pretty sweet," says Kansas City head coach ANDY REID about the comeback victory. "When you come back in the National Football League from three scores down and win, that's pretty nice."

Everybody wants to get off to a good start as history has shown that teams that are victorious in their season openers are more than twice as likely to reach the playoffs than losers of an opening game. But that doesn't mean an 0-1 start is impossible to overcome as nearly 25 percent of teams that lost the opener went to the playoffs.

Since 1978 when the NFL went to the 16-game schedule (and excluding the abbreviated season of 1982):

On Sunday afternoon, NFL football returns to Los Angeles for the first time since 1994 as the Rams host the Seattle Seahawks in their regular-season home opener at the Los Angeles Memorial Coliseum (4:05 PM ET, FOX). And, that night in primetime (8:30 PM ET, NBC), the Minnesota Vikings will open their new home -- U.S. Bank Stadium -- when they host the NFC North rival Green Bay Packers on Sunday Night Football.

Here's a look at a few interesting storylines entering Week 2

The teams split the regular-season series last year with the Bengals winning at Pittsburgh in Week 8 (16-10) and the Steelers earning a victory at Cincinnati in Week 14 (33-20). Pittsburgh won the Wild Card playoff game in Cincinnati last season, defeating the Bengals 18-16.

Football returns to Los Angeles as the Rams will host a regular-season game in LA for the first time since 1994.

The Seahawks defeated Miami 12-10 in Week 1 as quarterback RUSSELL WILSON connected with wide receiver DOUG BALDWIN on a game-winning touchdown pass with 31 seconds remaining in the game.

From the start of the 2015 season, Baldwin has 15 receiving touchdowns, the most in the NFL.

The Rams swept the season series last year, defeating Seattle 34-31 in overtime in Week 1 and knocking off the Seahawks 23-17 in Week 16.

Rams running back TODD GURLEY rushed for 83 yards and a touchdown in the last meeting between the teams.

[ Related: Since It's Rams, Maybe Russell Wilson Should Sit ]

The Packers notched their NFL-best 55th win in road openers as Green Bay knocked off Jacksonville 27-23.

The Vikings, sparked by two defensive scores, earned a 25-16 win at Tennessee on Kickoff Weekend.

Eagles rookie quarterback CARSON WENTZ, the No. 2 overall selection in the 2016 NFL Draft, completed 22 of 37 passes (59.5 percent) for 278 yards with two touchdowns and no interceptions for a 101.0 passer rating in the Week 1 victory. Wentz was the first Eagles rookie to start at quarterback in a season opener since DAVEY O'BRIEN in 1939.

The Bears have won four of the past six meetings between the clubs. The teams have met three times on Monday Night Football with Chicago winning two of those three contests.

Bears wide receiver ALSHON JEFFERY had four catches for 105 yards (26.3 average) in Week 1, his 13th career 100-yard receiving game. Jeffery has recorded at least 100 receiving yards or a touchdown catch in each of his past five Monday games.