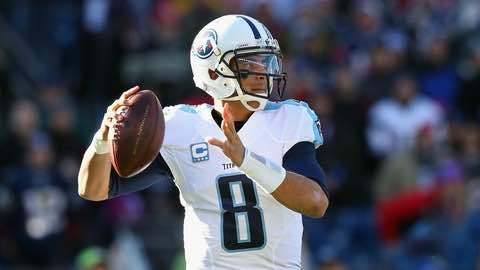 Rams running back Todd Gurley led all rookies with 1,106 rushing yards and 10 rushing touchdowns in 2015, earning the NFL's Offensive Rookie of the Year Award. He posted five games with at least 125 rushing yards, trailing only Pro Football Hall of Famer Eric Dickerson (seven in 1983) for the most such games by a rookie in NFL history.

Quarterbacks Jameis Winston of Tampa Bay and Marcus Mariota of Tennessee, who were selected No. 1 and 2 in the 2015 NFL Draft, also enjoyed standout rookie campaigns. Winston passed for 4,042 yards, the third-most ever by a rookie, and 22 touchdowns, which tied for the fourth-most by a rookie in NFL history. Mariota set franchise rookie records for touchdown passes (19) and passer rating (91.5) and had four games with at least three touchdown passes, tying PEYTON MANNING (1998) for the most ever by a rookie.

On defense, Kansas City cornerback Marcus Peters tied for first in the NFL and led all rookies with eight interceptions in 2015 and was named the NFL's Defensive Rookie of the Year. He topped all players with a club-record 280 interception-return yards, the most by an NFL rookie since Pro Football Hall of Famer Dick "Night Train" Lane in 1952.

Seattle wide receiver and return specialist Tyler Lockett joined Pro Football Hall of Famer Gale Sayers (1965) as the only rookies in NFL history to have at least five touchdown receptions (six), a kickoff-return touchdown and a punt-return touchdown.

Lockett was among five outstanding rookies to earn a Pro Bowl selection in 2015, along with Gurley, Winston, Peters and Oakland wide receiver AMARI COOPER, who set franchise rookie records for receiving yards (1,070) and receptions (72).

Here are just a few of the notable accomplishments by the NFL's 2015 rookie class:

[ Read about the NFL's Young Quarterbacks On The Rise ]

Rams RB Todd Gurley had 566 rushing yards in his first four starts, the most through four starts by any NFL player that began his career in the Super Bowl era (since 1966).

Vikings LB ERIC KENDRICKS led the club with 105 tackles and became the second rookie in franchise history to lead the team in tackles.

Dolphins P MATT DARR ranked third in the NFL and led all rookies with a 47.6 punting average, the second-highest ever by a rookie.