NFL 2016: Seahawks Defense Seems To Be In Full Crank 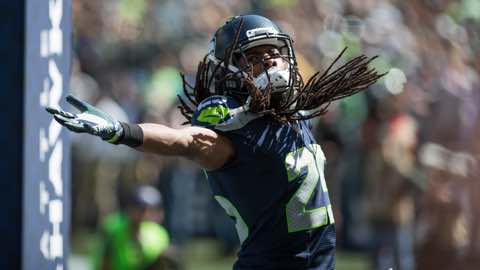 The Seahawks defense was so dominant against the Dolphins that coach Pete Carroll said the aggression reminded him of the best days of previous seasons.

A bit lost in Sunday’s hubbub about the opening game, anthem demonstrations, QB Russell Wilson’s ankle injury — “He plans to play,” said coach Pete Carroll Monday afternoon — and the new offensive line’s debut, was the fact that the Seahawks defense slapped the bejeezus out of the Dolphins and QB Ryan Tannehill.

Miami’s offense was stopped on 11 of 14 combined third and fourth downs, had 64 yards rushing, 4.8 yards per passing attempt, took four sacks and totaled 222 yards of offense, 86 of which came on its one late touchdown drive.

Carroll, a defensive groupie, was giddy with the results after the film review of the 12-10 victory.

“The effort, intensity, the pursuit in the pass rush, aggressive coverage, was much in the style we’re counting on,” he said. “The pass rush was really good. This reminded me of a few years back when we came off the ball and pressured with really great intensity.

The Seahawks secondary was in denial of the Dolphins passing game almost throughout, particularly Deshawn Shead, Jeremy Lane and Richard Sherman.

“The corners played really well,” he said. “Their coverage, their technique, the consistency of the play was really, really good. It's looked like it was coming that way all through the offseason and through camp, that these guys might be at the best that they've been.

“It was a really good start for them. Jeremy was particularly effective.”

There were two notably sour notes on defense.

DE Cassius Marsh, who otherwise had a splendid game, went after Tannehill on a rush when he should have defended RB Arian Foster, who took a short pass out of the backfield and turned it into a 50-yard gain.

And FS Earl Thomas had an all-around poor game, a rarity for him, with missed tackles and blown coverages. He was saved from utter ignominy when Dolphins WR Kenny Stills was wide open behind Thomas but dropped what looked to be a certain touchdown pass.

“He made a mistake on that one,” Carroll said. “He wasn't as sharp as sometimes he is. He had a great camp; there is no reason why. He just felt a little bit off.

“I saw it as a rare game. I'm not worried about it one bit. I'm disappointed for him because he had such high expectations and all that."

Carroll suggested on his ESPN 710 radio show in the morning that the intense Thomas may have been distracted by the week’s team-wide discussion on the pre-game anthem demonstration. But by afternoon, Carroll backed off a bit.

“Anybody could have been (distracted),” he said. “There was a lot going on. I was particularly pleased with the way our guys played so hard (through) whatever could have been an obstacle. I don't think it was. But I'm just giving him a shot at a reason why."

Meanwhile, on offense, the Seahawks made no move on signing a veteran QB backup even though Carroll said, “We’re considering all of that.” Wilson’s improved health outlook may allow them to continue to risk keeping undrafted free agent rookie Trevone Boykin as the lone alternate.