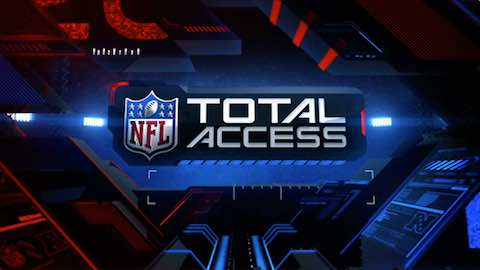 NFL fans continue to tune in and watch the sport they love. Here's a look at the NFL's traditional and new mediums for watching

NFL fans continue to tune in to the sport they love.

Last season, the NFL regular season averaged 18.11 million viewers, the second-most watched season ever behind the 2010 campaign (18.13 million). Nearly 200 million people tuned in to the 2015 NFL regular season, representing 78 percent of all television homes and 67 percent of potential viewers in the United States. NFL games accounted for the top 25 and 46 of the top 50 most-watched television shows during the regular season.

The 2016 regular-season schedule -- spanning 17 weeks and 256 games -- will kick off on Thursday night, September 8 in Denver and conclude on Sunday, January 1 with 16 division games.

The season begins with the NFL's annual primetime kickoff game. The opener on September 8 on NBC (8:30 PM ET) will spotlight the defending champion Denver Broncos hosting the Carolina Panthers in a Super Bowl 50 rematch. It marks the first Super Bowl rematch played on Kickoff Weekend since 1970 (Kansas City-Minnesota).

Week 1 is a FOX national weekend with the key doubleheader game on Sunday, September 11 (4:25 PM ET) featuring the New York Giants at the Dallas Cowboys in a clash between NFC East rivals. Among the highlights in the 1:00 PM ET window on Kickoff Weekend is the New York Jets at home on September 11 hosting the Cincinnati Bengals on CBS.

NBC's Sunday Night Football gets underway on September 11 when the Arizona Cardinals host the New England Patriots (8:30 PM ET) at University of Phoenix Stadium. Both clubs advanced to the Conference Championship Game last season. Kickoff Weekend concludes on Monday, September 12 with an ESPN Monday Night Football doubleheader. The Washington Redskins will host the Pittsburgh Steelers (7:10 PM ET) in the first game followed by the return of the Los Angeles Rams, who visit the San Francisco 49ers in the nightcap (10:20 PM ET).

ESPN will televise one game each Monday night in Weeks 2-16. There will be no Monday night game on the final regular-season weekend (Week 17) to provide more flexibility for the scheduling of the opening weekend of the NFL playoffs. ESPN will also broadcast the Pro Bowl on Sunday, January 29 (8:00 PM ET) which will be played at Orlando's Camping World Stadium.

A select number of games will be "cross-flexed," moving between CBS and FOX to bring potentially under-distributed games to wider audiences. Some of those contests have already been announced, including the Minnesota Vikings at Detroit Lions (12:30 PM ET, CBS) on Thanksgiving Day and the Philadelphia Eagles at Seattle Seahawks (4:25 PM ET, CBS) in Week 11 (Sunday, November 20). Other "cross-flexed" games will be decided during the season.

The regular season will conclude with Week 17 on Sunday, January 1. For the seventh consecutive year, all 16 games scheduled for Week 17 are division contests, enhancing the potential for more games with playoff ramifications. Additionally, over the final three weeks there are 33 division games, tied for the most in NFL history.

Other highlights of the schedule include:

In Week 2, the Rams return home to Los Angeles when they host the Seattle Seahawks at the Los Angeles Memorial Coliseum on Sunday afternoon (4:05 PM ET, FOX). That night in primetime (8:30 PM ET, NBC), the Minnesota Vikings will open their new home -- U.S. Bank Stadium -- when they host the rival Green Bay Packers.

In Week 16, the majority of games will be played on Saturday, December 24 due to the Christmas holiday, highlighted by a primetime matchup on NFL Network between the Cincinnati Bengals and the Houston Texans (8:25 PM ET). There will be two games played on Christmas -- the Pittsburgh Steelers hosting the Baltimore Ravens on NFL Network (4:30 PM ET) followed by the Denver Broncos visiting the Kansas City Chiefs on NBC (8:30 PM ET).

The NFL continues its International Series of regular-season games with three games being played in London and the league's return to Mexico City. On Sunday, October 2, the Jacksonville Jaguars will host the Indianapolis Colts at London's Wembley Stadium (9:30 AM ET, CBS). In the first-ever NFL game at Twickenham Stadium, the Los Angeles Rams will host the New York Giants on Sunday, October 23 (9:30 AM ET, NFLN). The following week, the Cincinnati Bengals will host the Washington Redskins at Wembley (9:30 AM ET, FOX). The NFL return to Mexico City on Monday, November 21 (8:30 PM ET, ESPN) when the Oakland Raiders host the Houston Texans in the first-ever Monday Night Football game to be played outside the United States.

This season, the NFL will use a "Tri-Cast" distribution model of broadcast (CBS/NBC), cable (NFL Network) and digital (Twitter) for 10 Thursday Night Football games. CBS and NBC will each broadcast five Thursday Night Football games which will be simulcast on NFL Network and streamed to a global audience across devices for free on Twitter. CBS will start in Week 2 (Thursday, September 15) with the Buffalo Bills hosting the New York Jets (8:25 PM ET) and NBC's package begins in Week 11 (Thursday, November 17) with the New Orleans Saints visiting the Carolina Panthers (8:25 PM ET). Additionally, NFL Network will also exclusively televise an eight-game schedule comprised of four Thursday Night Football games, two late-season Saturday contests, a Sunday morning London matchup and a Christmas Day game.

A flexible scheduling move would be announced at least 12 days before the game. For Week 17, the Sunday night game will be announced no later than six days prior to January 1. The schedule does not list a Sunday night game in Week 17, but an afternoon game with playoff implications will be moved to that time slot. Flexible scheduling ensures quality matchups in all Sunday time slots in those weeks and gives "surprise" teams a chance to play their way into prime time.

Additionally, a select number of games are being "cross-flexed," moving between CBS and FOX to bring potentially underdistributed games to wider audiences.

Wild Card Weekend winners join the top two division champions in each conference in the Divisional Playoffs on Saturday and Sunday, January 14-15. The AFC and NFC Championship Games will be played on Sunday, January 22. The winners meet two weeks later on Sunday, February 5 in Super Bowl LI at Houston's NRG Stadium (FOX).