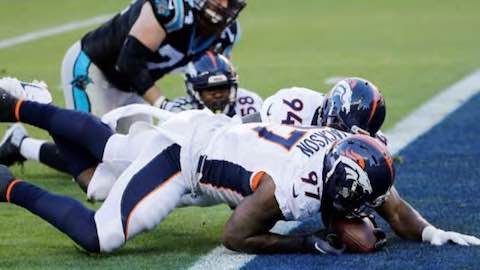 The Denver Broncos won their third Super Bowl title last season. Here's a look back at their 24-10 victory over the Carolina Panthers in Super Bowl 50.

The Denver Broncos won their third Super Bowl title last season with a 24-10 victory over the Carolina Panthers in Super Bowl 50.

"Everyone knew the type of guys that we have on this team," says Denver executive vice president of football operations and general manager JOHN ELWAY, who quarterbacked the franchise to its first two Super Bowl titles in 1997 and 1998. "They just kept battling. They worked hard, played hard and stayed in there every game. We won so many different ways. I think that is what this team is all about. I am so thrilled that it worked out for them because they worked their tails off."

Including the postseason, Denver won 11 games decided by seven points or fewer, the most of any team in NFL history. 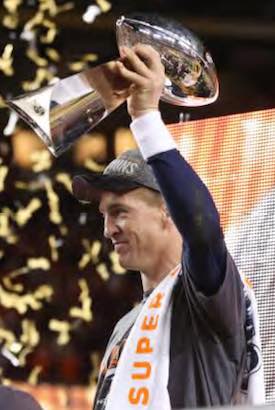 Denver relied on the strength of its defense all season long and continued to do so throughout the postseason.

Fittingly, all four of Denver's Pro Bowl selections from the 2015 season came on the defensive side of the ball -- linebackers VON MILLER (fourth) and DE MARCUS WARE (ninth) and cornerbacks CHRIS HARRIS (first) and AQIB TALIB (third).

"I'm so proud of [Von Miller's] path and how he's gotten to where he's at," says Kubiak of Miller. "The thing that people don't know is, you see a great player like that play on a big stage and play a tremendous game like he did, but people don't see the work he put in to get there. His future is so bright. I know he's a great player, but I'm very proud of him as a man."

Von Miller, the second overall selection in the 2011 NFL Draft out of Texas A&M, helped force two turnovers that were instrumental in setting up both Denver touchdowns against the Panthers. His first-quarter sack forced a fumble that was recovered by defensive end MALIK JACKSON in the end zone for a touchdown to the give the Broncos a 10-0 lead.

"It just shows what type of defense that we've been playing," says Miller of his Super Bowl honor. "It's honestly not about me. If I could cut this MVP award, I would share it with all the other guys. That's what I would do."

The Broncos' Super Bowl victory also served as a perfect sendoff for quarterback PEYTON MANNING, who announced his retirement this spring after 18 NFL seasons.

Manning, who is the only quarterback to lead two different teams to Super Bowl titles, finished his career as the NFL's all-time leader in many major statistical categories, including career passing yards (71,940) and touchdown passes (539). 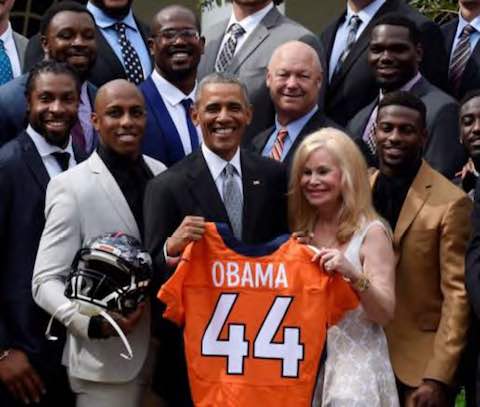 Broncos at the White House

"Anybody who has been a football fan has watched what is one of the greatest Hall of Fame careers ever, racking up more wins, more MVPs, more passing yards, more touchdown passes than anybody in history," said President BARACK OBAMA of Manning during a ceremony at The White House to honor the Broncos' Super Bowl victory. "It is great to see somebody with a career like that, who always conducted himself on the field and off the field the way he did, to be able to go out on top." 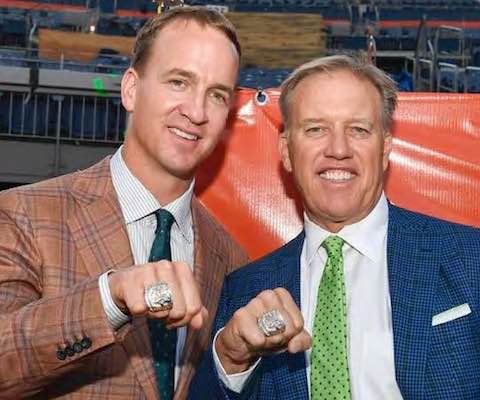 In June, the DENVER BRONCOS hosted a private event to present Super Bowl 50 championship rings to the team and club personnel.

"The Super Bowl 50 championship victory was a tremendous achievement for the entire Broncos organization," says Broncos President and CEO JOE ELLIS. "We're honored to once again partner with Jostens to recognize such an historic moment in NFL history with a spectacular, one-of-a-kind ring that symbolizes the accomplishments of this very special team."

The Jostens designed white-and-yellow gold ring features 212 round, tapered and marquise shaped diamonds set in the 10 karat ring. Collectively, the diamonds create a ring that tops more than 5.05 carats. The top features the Super Bowl 50 logo and the team's three Lombardi Trophies placed above the Denver Broncos logo on a field of pave-set diamonds. The trophies are created from marquise-cut stones, tapered baguettes and pave-set stones. The Bronco mane is created from diamond-cut orange sapphires while the head features pave-set diamonds and a custom-cut corundum blue stone. The words "WORLD CHAMPIONS" adorn the top and bottom edges. 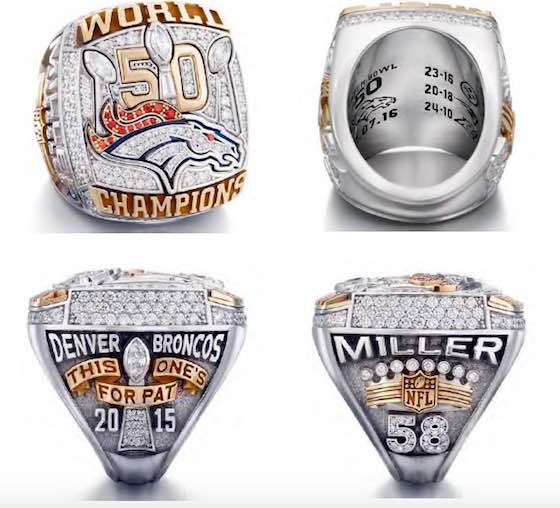 "Most importantly, the ring honors the Broncos' rich history and passionate fan base," says Ellis. "It truly captures the excitement of our Super Bowl 50 win for the incredibly deserving members of our organization."

The sides of the ring feature 56 stones representing the Broncos' 56-year history and the top and bottom edges each feature 15 stones to mark the team's 15 wins during the 2015 season and the club's 15 division titles. One side features the player's number and name above a crown highlighted in yellow to mark all three Super Bowl titles with eight round stones adorning the top of the crown to mark the team's eight AFC Championships. The other side features "DENVER BRONCOS" arched above an image of the Lombardi Trophy and the year 2015. The trophy is surrounded by the words "THIS ONE'S FOR PAT" in honor of Owner PAT BOWLEN.