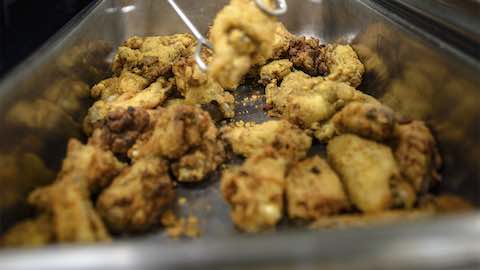 Also edging their way into Super Bowl feasts are more healthier fare. There is a 25 percent increase in carrot eating on Super Bowl Sunday compared to other Sundays. And, 71.4 million pounds of heart-healthy avocados (used for guacamole dip) will also be eaten.

According to a Harris Interactive Survey, 54 percent of fans eat throughout the game instead of snacking at specific times; 12 percent start snacking before the game as a warm-up; and 9 percent start feasting after kickoff.

The number one player (past or present) fans would most like top have at their Super Bowl party is Joe Montana, Harris said. Tim Tebow takes the second spot, followed by Tom Brady. 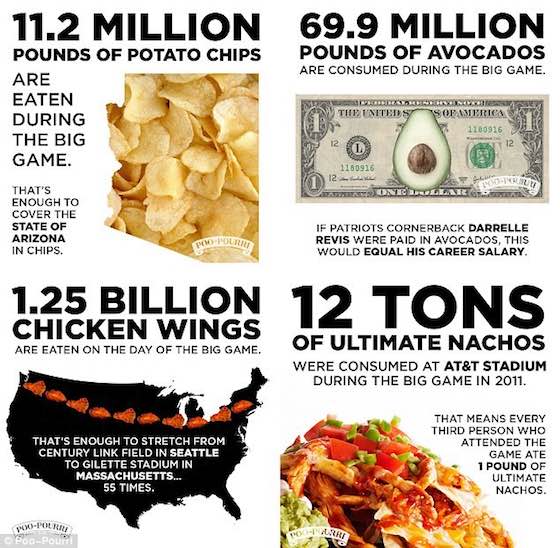 Why Americans Love the Super Bowl 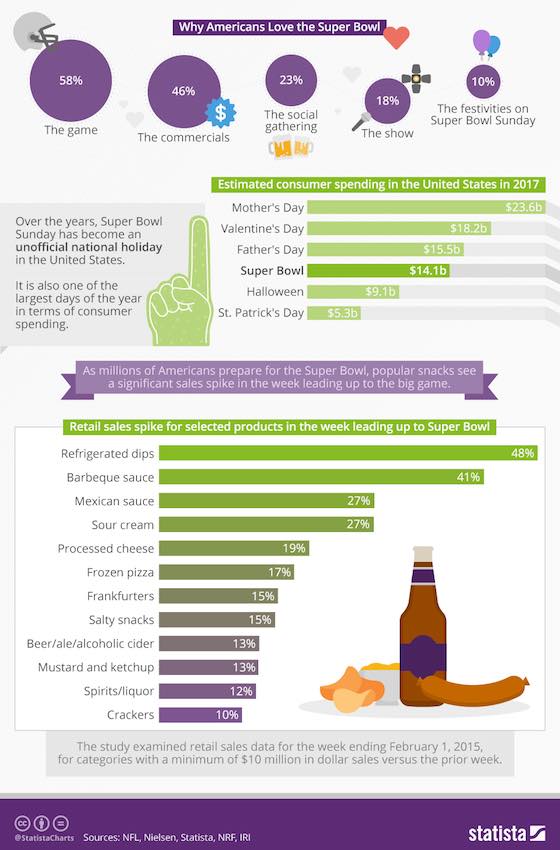