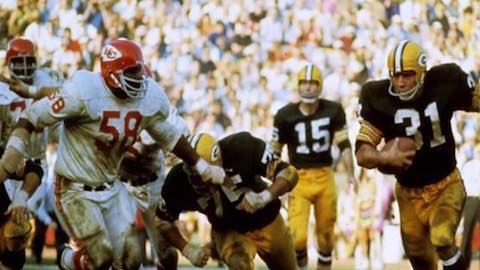 The Green Bay Packers opened the Super Bowl series by defeating the American Football League champions Kansas City Chiefs 35-10 behind the passing of Bart Starr, the receiving of Max McGee, and a key interception by all-pro safety Willie Wood.

Green Bay broke open the game with 3 second-half touchdowns, the first of which was set up by Wood's 50-yard return of an interception to the Chiefs 5-yard line. McGee, filling in for ailing Boyd Dowler after having caught only 4 passes all season, caught 7 from Starr for 138 yards and 2 touchdowns. Elijah Pitts ran for 2 other scores.

The Kansas City Chiefs 10 points came in the second quarter, the only touchdown on a 7-yard pass from Len Dawson to Curtis McClinton. Starr completed 16 of 23 passes for 250 yards and 2 touchdowns and was chosen the most valuable player of the first ever SUper Bowl.

The Green Bay Packers collected $15,000 per man and the Chiefs $7,500 -- the largest single- game shares in the history of team sports at the time. 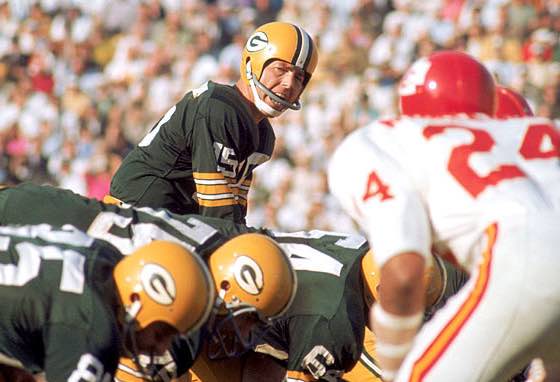 In what was originally called the "AFL-NFL World Championship," Bart Starr propelled the Packers to a 35-10 victory over the Chiefs.

Completing 16 of 23 attempts, Starr amassed 250 yards through the air to go along with three passing touchdowns.

Starr hooked up with reserve wide receiver Max McGee, whose one-armed first quarter touchdown reception is one of the most memorable plays in Super Bowl history, seven times for 138 yards.

Broadcast by both CBS and NBC 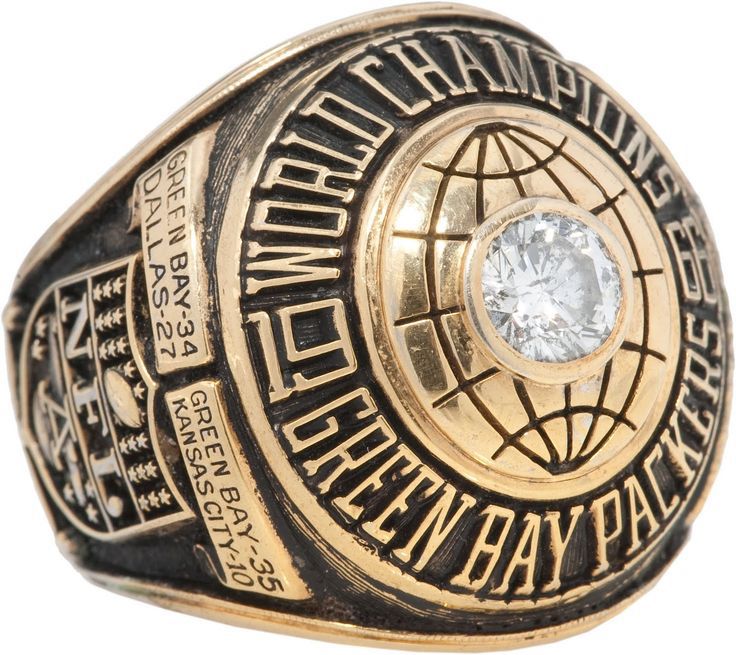 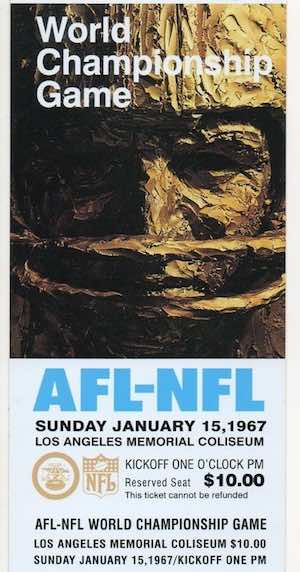