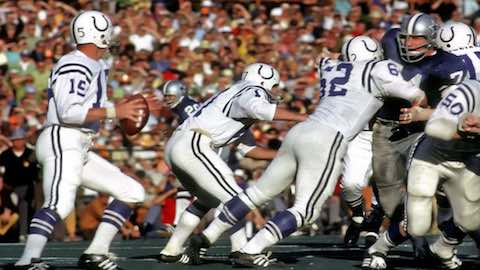 Chuck Howley made history twice in one day with his MVP-worthy performance in Super Bowl V. Not only did this gritty linebacker become the first defensive MVP in Super Bowl history, Howley is still the only player in NFL history to win the award for a losing team. Howley intercepted two passes and recovered a fumble in the losing effort.

Baltimore's rookie kicker, Jim O'Brien, nailed a 32-yard field goal with only five seconds left in the game to close out a 16-13 come-from-behind victory over the Colts in Super Bowl V

Super Bowl V was the first Super Bowl played after the merger between the AFL and the NFL. Ironically, it featured two teams from the old NFL, as the Baltimore Colts were one of three teams (Pittsburgh Steelers and Cleveland Browns) shifted over to the American Football Conference (AFC) along with the ten AFL teams at the time.

The Dallas Cowboys led 13-6 at the end of a scoreless third quarter. However, interceptions by Rick Volk and Mike Curtis set up a Baltimore Colts touchdown and O'Brien's decisive field goal in the fourth period.

Earl Morrall relieved an injured Johnny Unitas late in the first half, although Unitas completed the Colts' only scoring pass. It caromed off receiver Eddie Hinton's fingertips, off Dallas defensive back Mel Renfro, and finally settled into the grasp of John Mackey, who went 45 yards to score on a 75-yard play.

The game between the champions of the AFC and NFC was played on artificial turf for the first time.

Super Bowl V is often referred to as the "Blunder Bowl" and at times the "Stupor Bowl" as the game was filled with poor play, penalties, turnovers, and officiating miscues.

However, for the Colts, Super Bowl V represented redemption after their humiliating 16-7 loss to the New York Jets in Super Bowl III.

Even though the Dallas Cowboys had finally made it to the "big game," they stilled carried the stigma of not being able to win the big games. Over the past 5 seasons, the Cowboys had won more games (52 of 68) than any other NFL team. However, the Cowboys had never won a championship.

The Cowboys had the opportunity to play in the first two Super Bowls, but lost to the Green Bay Packers by narrow margins in both the 1966 and 1967 NFL Championships.

They would finally shed their "losing" stigma the following season when the Dallas Cowboys defeated the Miami Dolphins 24-3 in Super Bowl VI. 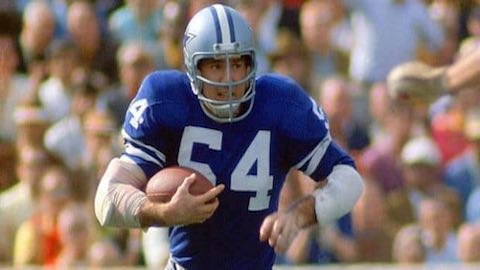 Chuck Howley intercepted two passes and recovered a fumble to win the honor, although his effort was overshadowed by Baltimore's eventual win.

To date, Chuck Howley is the only player from a losing team ever to win a Super Bowl MVP award.

Super Bowl V was also the first time a quarterback did not win the MVP award. 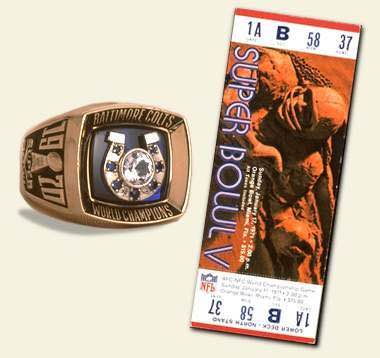