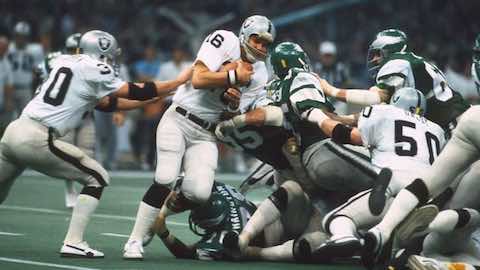 The strong-armed Plunkett was the model of efficiency in the Raiders 27-10 win over the Philadelphia Eagles. Plunkett, who did not take over as a starter until Week 6 of the season for coach Tom Flores finished 13 for 21 passing for 261 yards, three touchdowns and no interceptions.

Jim Plunkett passed for three touchdowns, including an 80-yard strike to Kenny King, as the Raiders became the first wild-card team to win the Super Bowl.

Linebacker Rod Martin had set up Oakland's first touchdown, a 2-yard reception by Cliff Branch, with a 17-yard interception return to the Eagles' 30-yard line. The Eagles never recovered from that early deficit, managing only Tony Franklin's field goal (30 yards) and an 8-yard touchdown pass from Ron Jaworski to Keith Krepfle.

Plunkett, who became a starter in the sixth game of the season, completed 13 of 21 for 261 yards and was named the game's most valuable player.

Oakland won 9 of 11 games with Plunkett starting, but that was good enough only for second place in the AFC West, although they tied division winner San Diego with an 11-5 record.

The Raiders, who had previously won Super Bowl XI over Minnesota, had to win three playoff games to get to the championship game. Oakland defeated Houston 27-7 at home followed by road victories over Cleveland (14-12) and San Diego (34-27).

Oakland's Mark van Eeghen was the game's leading rusher with 75 yards on 18 carries. Philadelphia's Wilbert Montgomery led all receivers with six receptions for 91 yards. Branch had five for 67 and Harold Carmichael of Philadelphia five for 83.

Martin finished the game with 3 interceptions, a Super Bowl record. 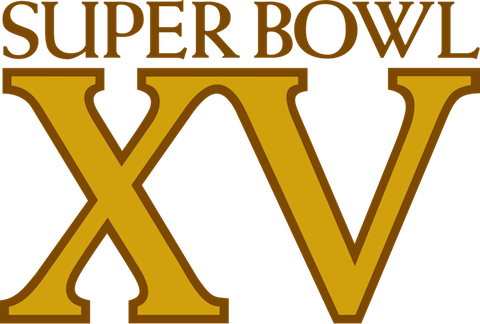 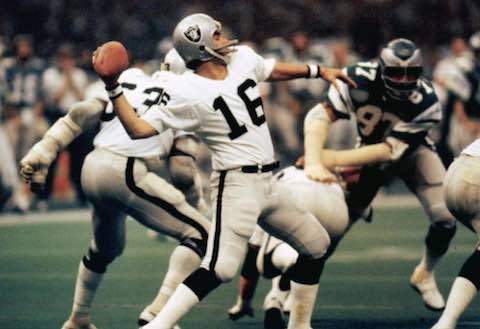 The Oakland Raiders won their second Super Bowl title as the strong-armed Jim Plunkett was the model of efficiency in the Raiders 27-10 win over the Philadelphia Eagles. Plunkett -- who did not take over as a starter until Week 6 of the season for coach Tom Flores -- finished 13 for 21 passing for 261 yards, three touchdowns and no interceptions.

After a first-quarter interception by linebacker Rod Martin, who had three picks, Plunkett hit Cliff Branch for a 2-yard touchdown. Later, Plunkett was part of the longest scoring play in Super Bowl history. With under a minute remaining in the first half, Oakland took over on its own 20-yard line. Scrambling, Plunkett found Kenny King behind the secondary and lofted a pass to him. The running back did the rest, completing an 80-yard touchdown.

The Raiders started the second half as strongly as they had finished the first. Plunkett led a 76-yard scoring drive, capping it off with a 29-yard touchdown pass to Branch.

Plunkett hadn't even become the Oakland starter until the sixth week of the season. He then led them to nine wins in their final 11 games, before winning three consecutive playoff games to reach the Super Bowl. 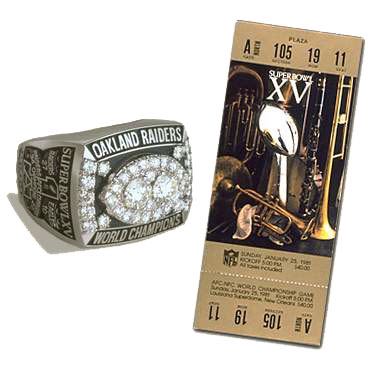