Getting to Know the Broncos 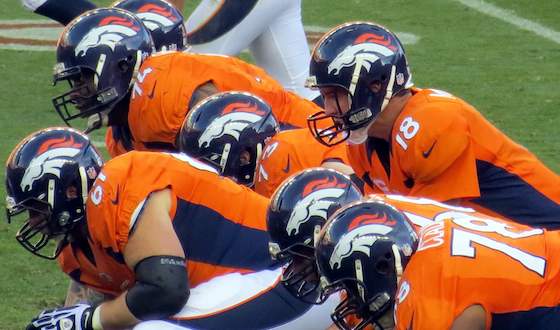 The Broncos were beat up and spit out of CenturyLink Field in a preseason game against Seattle on August 17. The Seahawks won, 40-10, and WR Jermaine Kearse secured a roster spot in the first half with a 12-yard touchdown catch and 107-yard kick return for a touchdown.

Otherwise, it was a preseason game that meant nothing: Both teams gave their backups extensive action. However, that reality comes with a caveat: It was the only time this roster of Broncos looked overmatched.

That speaks as much to Seattle as it does Denver.

The Broncos were a juggernaut during their 13-3 regular season.

Better to know the Broncos a little better before Seattle's No. 1-ranked defense faces one of the best offenses ever in Super Bowl XLVIII.

In Denver's 26-16 win over the Patriots in the AFC Championship, Welker ran into Patriots CB Aqib Talib while running a crossing route, which upset Patriots coach Bill Belichick. The next day, Belichick chastised his former player, calling it "One of the worst plays I've seen."

ESPN columnist Jeffri Chadiha is picking the Broncos to win Super Bowl XLVIII. He compares them to the 2012 Ravens. He calls them a team of destiny. He says Manning is this year's version of Ray Lewis. Seahawks WR Doug Baldwin just put another print-out on his fridge.

Sports Illustrated points out Manning would be the first quarterback to start and win the Super Bowl for two franchises.

Denver Post columnist Woody Paige, a longtime contributor to ESPN's panel show, "Around The Horn," wrote that the Broncos played their best game of the season against the Patriots.

Broncos RB Knowshon Moreno hurt his ribs in the fourth quarter of the AFC Championship. However, Monday his X-rays came back negative. Fox said Moreno is day-to-day.

For those who love fashion: The Broncos will bust out their home orange uniforms.

For those who love meaningless stats: Denver is 0-3 when wearing orange uniforms in a Super Bowl.

Meanwhile, the Seahawks chose the white top and blue pants. Why? Because that's the combo worn in December when they beat the Giants 23-0 at the site of the Super Bowl.