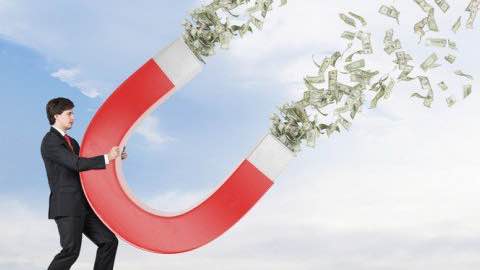 Before the gale-force hurricane of Reaganomics swept through the United States in the 1980s, America very briefly entertained the adoption of a deliberate industrial policy. As in South Korea and certain European nations, the U.S. government would pick economic winners and losers and direct funds accordingly.

This was no utopian idea. After World War II, a number of European governments invested heavily in key sectors -- electricity, steel -- to close the technology gap with the United States. Similarly, the South Korean government built up a shipbuilding industry in the 1970s from nothing into the largest and more successful in the world. To a certain extent, the Pentagon accomplished something similar with the Internet (though no American would dare call such a thing “socialism”).

Industrial policy has never really gone away. Many governments, including China and the United States, have focused funds on the clean energy sector (wind turbines, solar cells). But the prevailing economic orthodoxy since the creative destruction unleashed by Reaganomics has been that the invisible hand of the market, not the state, should determine winners and losers.

It turns out, however, that the market's hand is very often not invisible at all. Actual people, with very visible hands, are picking the winners and losers in the marketplace. Consider the impact of venture capitalists.

Although they’re responsible for only 0.3 percent of U.S. GDP, the influence of these elite investors is disproportionate. Their decisions determine how you communicate, how you shop, how you organize your life. Venture capital has been instrumental in launching companies that today make up over 20 percent of America's GDP.

As importantly, they’re a major reason why the economy tilts ever more precariously in favor of the mega-rich. James Carville famously said that he’d want to come back in his next life as the bond market. “You can intimidate everybody,” he observed.

But in terms of sheer power, venture capitalists are probably a better bet -- that is, if you're angling to become a master of the universe in your next incarnation.

Every economic class in America plays the lottery. But each class plays a different lottery. The cost of the ticket and the payout in the end are vastly different in each case.

At the bottom, working stiffs play Lotto or Powerball. You can get a ticket for a buck or so, and the average payout is 60 cents. But of course that's on average. Most everyone just loses outright, week after week, while a couple people win really, really big. The odds of winning the California Super Lotto Jackpot are approximately 1 in 18 million. You have a much better chance of getting hit by lightning over the course of your lifetime (1 in 3,000).

Although Americans subscribe to the myth of rags to riches through merit, our educational system generally maintains class hierarchies. The children of well-educated parents are better prepared to succeed in school. Some middle-class kids drop out while some working-class kids manage to scramble into the Ivy League. But those are the exceptions. The so-called “classless” American society turns out to have less social mobility than the stereotypically rigid British system. (This debunking of U.S. class mobility has been going on at least since the 1950s.) Given the huge amounts of debt that our students shoulder, their mobility is more likely to be down than up.

At the top, the lottery operates very differently. In the world of venture capitalism, supplicants with big ideas, if they get the golden ticket of entrance, approach the money person. The venture capitalist decides whether the idea is a winner or a loser. Winners receive enough funds to turn their idea into reality, or scale up their existing venture so that it has a shot at market dominance.

Virtually every major IT success story has benefited from an infusion of funds from venture capitalists (Facebook, Twitter, Snapchat, and so on). One of the key venture capitalists, profiled in a recent New Yorker article, is Marc Andreessen, himself the product of the IT boom. In his twenties, Andresseen helped create the world's first graphical web browser, Mosaic. His next venture, Netscape, became the industry standard, briefly, until Microsoft introduced Internet Explorer and pushed Netscape to the margins.

Today, Andreessen is part of a venture capital industry that spends $48 billion a year in search of the next Andreessen -- up from $10 billion in 1997 and compared to less than $20 billion in loans from the Small Business Administration. “Venture is often called a rounding error in the economy,” an investment banker told New Yorker writer Tad Friend. “But the bang for the buck is huge. And venture is a major source of the optimism that underlies the American myth.”

It's the same optimism that prompts people to buy Lotto tickets and invest hundreds of thousands of dollars in their children's education. But venture capitalism has a disproportionate impact on the economy. It helps to ensure that technological innovation enriches the few and sustains jobless economic growth.

Industrial policy in the hands of the government ideally creates wealth and spreads it around. Venture capitalists pick a handful of winners as part of a process of concentrating wealth in fewer and fewer hands.

The IT sector is notorious for its contributions to jobless growth. You need fewer people to code at Apple than to harvest oranges in Florida (yes, I know, I'm comparing Apple to oranges). Facebook, for all its market dominance, doesn't employ all that many people (under 10,000 compared to, for instance, Samsung Electronics, which employs almost 30 times that number). In the most extreme case, it turns out that you need only a dozen people to create an entire virtual universe of gazillions of stars (check out No Man's Sky, soon to be at a game console near you).

Workers cost money, particularly if you have to cover their health care, vacations, parental leave, and so on. CEOs are always looking to cut labor costs. After every market “correction” -- a euphemism on par with “ethnic cleansing” -- advanced economies bounce back at lower rates of employment. Or, if they manage to return to pre-recession employment levels, workers are making less money, working more hours, or juggling additional jobs -- as in the United States. “Creative destruction” is not just about firms going under, but also about the downsizing that firms embrace to survive.

Venture capitalists are not responsible for these trends. They’re just the tip of the spear, so to speak. The merger and acquisition specialists, the hedge fund managers, and yes, the bond market are all part of an economic system that inexorably shifts money upward. The tax system is structured so that the rich can hold onto their wealth. Trade agreements facilitate the transnational circulation of funds upward.

Some capital inevitably trickles down. But it doesn’t compare to the great sucking sound of capital on its way upward.

The head of Discovery Channel, David Zaslav, made more than $150 million last year. That's one person, one year. The median pay for DC-area executives is nearly $4 million. (By the way, it's not all high-tech, information technology stuff. Consider the case of Kent Thiry, the CEO of Davita, the dialysis service company. He makes about $14 million a year -- in a firm that derives two-thirds of its income from taxpayers in the form of Medicaid and other government health-care payments. Talk about a pig at the public trough!)

But what's so interesting about the venture capitalists is that they’re the face of a privatized industrial policy. Innovators once relied on the Small Business Administration and banks. If they possessed wealthy relatives, or an extended family committed to making sacrifices to fund enterprises, they could get financing closer to home. Now the money increasingly comes from people like Mark Andreessen.

Such venture capitalists are not stupid. They know a tremendous amount about the technology sector. But they’re focused on one thing and one thing only: extreme profitability.

They're looking for the 1,000x -- a return on investment of a thousandfold. It makes them personally wealthy. It increases the pool of money to invest. And it reinforces the image of venture capitalists as our modern-day alchemists who can turn software into gold. The fact that these modern-day Midases contribute to charity only completes the picture of a world where the middle class has dropped out, leaving only the wealthy and the wretched.

You might argue that this is all inevitable. You can't stop the advance of technology. You need some mechanism to support innovation. Trying to stop the flow of capital is like damming the Mississippi.

But that's where a proper industrial policy comes into the picture. Done right, the state supports innovation according to a range of criteria, of which profitability is only one factor. If a government is making the assessment, it is also interested in such questions as employment, sustainability, public interest, national interest, and so on.

By all means let the Andreessens of the world support Groupon and then divert some of their profits to feed the hungry. But we need an institution for picking economic winners that employ large numbers of people, address critical issues like global warming and poverty, give preference to the disadvantaged (minorities, veterans), and create infrastructure that benefits the public.

These are the real winners, not the CEOs and venture capitalists who create wealth largely for the few who luck out in the high-tech lottery.