Is the Concept of Terrorism Still Useful? 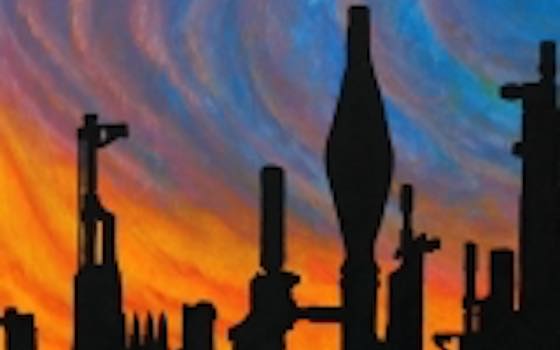 Is the Concept of Terrorism Still Useful?

Jarrod Hayes argues that there is nothing analytically distinctive about the tactics, perpetrators and psychology of 'terrorism.' As a result, he thinks scholars and policymakers should stop using the term, particularly since it tends to undermine our efforts to tackle political violence.

With high-profile incidents of political violence continuing to make headlines, the time has come to question the labeling of these events as ‘terrorism.’ While politically or ideologically motivated violence remains all too real, approaching events such as these through the framework of ‘terrorism’ does little to help academics or policymakers understand or prevent them. Fourteen years into the Global War on Terror, the political and security baggage that accompanies the label ‘terrorism’ may even undermine such efforts. This is because the term terrorism creates the false impression that the actions it describes represent a special or unique phenomenon. Because this confusion impedes our ability to understand politically motivated violence as part of broader social and political systems, the costs of continuing to use the concept of terrorism outweigh the benefits. The simplest solution to this problem would be for scholars and policymakers alike to jettison the term.

The political costs of ‘terrorism’

Securitization theory highlights the discursive construction of threats as well as the political ramifications of security. One of its principal tenets is that how we talk about the world shapes and changes how we make sense of and act in the world. Because language allows human beings to construct and convey organized concepts, it does something in itself. The language of ‘terrorism’ provides an important illustration of this. Securitization theory might ask two questions: first, in describing events as ‘terrorist’ attacks, what intellectual and political agenda is at work? Second, what links the September 11, 2001 attacks and the October 2014 shooting of a Canadian soldier in Ottawa, both of which have been labeled terrorist acts? The first of these questions suggests that the word ‘terrorism’ may have taken on a political significance that undermines efforts to tackle politically-oriented violence. The second suggests that the intellectual agenda of terrorism may be deeply problematic, even though much of the work in terrorism studies remains quite useful.

The invocation of terrorism is a relatively recent phenomenon, even if the practice of politically-oriented violence is not. A Google Ngram search of the keyword ‘terrorism’ shows that the word virtually did not exist before the 20th century:

Moreover, looking at how the term has been used historically demonstrates that its current meaning is relatively new. For example, in an 1818 treatise on reforming the House of Commons, Jeremy Bentham referred, without irony, to politicians who acquired their seats through the manipulation of fear as ‘terrorists.’ Kellogg Durland, in his 1908 book on turmoil in the Russian Empire, produced the following quote from a military officer in the context of the Siedlce Pogrom in Poland: “‘We must set against the terrorism of the revolution a still more frightful terrorism [by the state],” referring to repressive measures. These two examples indicate that terrorism has taken on a range of meanings, from the political manipulation of fear to the deployment of political violence by both state and non-state actors. Indeed, a striking feature of the latter quote is that state ‘terrorism’ is invoked approvingly.

The point here is that the label terrorism is filled with social and political meaning. In the modern setting, invoking terrorism communicates imminent, existential danger from an unrelenting, shadowy enemy. This enemy, at least in the Western context, is typically Muslim and intent on the physical destruction of society and civilization—typified in George W. Bush’s claim that terrorists “hate our [American] freedoms.” The elusive but dire nature of the threat justifies the suspension of civil liberties and the empowerment of government at home (such as through the USA PATRIOT act in the United States and similar counterterrorism measures in the United Kingdom) as well as the use of military forces to kill terrorists overseas (whether by deploying military personal ‘on the ground’ or with autonomous weapons platforms like Predator drones).

Using the term ‘terrorism’ invokes a system of meaning that generates fear and insecurity. This helps to justify the centralization of power by government. Somewhat counter-intuitively, however, it also ties the hands of government in terms of the policies it can pursue. The existential nature of the threat of ‘terrorism’ and the militarization associated with the concept creates a bias towards short-term, militarized responses. In other words, if governments respond to the threat of terrorism in non-militarized, long-term ways, they risk losing legitimacy and/or elections. This means that more socially nuanced, non-militarized and long-term responses to political violence tend to be subordinated to immediate demands for militarized action. Thus, the contemporary concept and language of terrorism obscure the social complexities of how groups use force to pursue political ends. The result is that anti-terrorism policies typically fail to address the underlying problems that give rise to and enable politically oriented violence.

Scholars and academics face a different set of problems. While terrorism studies certainly predates the September 11, 2001 attacks, those events accelerated the development of the field. At the core of the intellectual agenda of terrorism studies is the premise that terrorism is a unique social phenomenon. Yet, as Leonard Weinberg and his coauthors have argued, terrorism is an essentially contested concept, which presents significant challenges for studying it academically. The first of these challenges is a definitional one. Audrey Kurth Cronin, for instance, provides a definition of terrorism that sounds reasonable enough: terrorism is 1) political in nature (i.e., it seeks to induce political change by inducing fear, overreaction, etc.), 2) is perpetrated by non-state actors, and 3) is characterized by the deliberate but seemingly random targeting of non-combatants. In this definition, terrorism is an asymmetric tactic of weak non-state actors against (usually) much stronger states.

By this definition, however, scale is not an element of terrorism. The 2014 death of a Canadian soldier standing guard in Ottawa might be classified as terrorism in the same way as the 2004 Madrid train bombings. This reveals the first problem with the scholarly study of terrorism: the classification of political violence based on intent. Although identifying politically oriented violence might be relatively straightforward in some cases, assessing its ‘terrorist’ nature is not. The overused adage that “one person’s terrorist is another person’s freedom fighter” gets at this issue. It implies that whether the concept of terrorism applies depends on whether one is on the receiving end of the violence, instead of an intrinsic or unique feature of that violence. Indeed, the Syrian government calls the Free Syrian Army terrorists, but the US government recognizes them as lawful combatants in a civil war. This reveals that ‘terrorism’ is a political claim rather than a unique social ‘thing’ that is somehow fundamentally different from other forms of politically oriented violence.

What about definitions of terrorism based on the asymmetric nature of the violence or the targeting of non-combatants? The problem here is that neither of these features is unique to phenomena described as terrorism. Asymmetric tactics are pervasive in politically oriented violence. China, of course, has developed a supersonic missile for possible use against United States aircraft carriers—an asymmetric tactic designed to counter vastly superior American naval capabilities. Guerilla warfare conducted by the North Vietnamese military and their proxies in South Vietnam was also asymmetric but was never considered terrorist in nature. Neither is the targeting of non-combatants unique to ‘terrorist’ phenomena. The United States, for example, targeted non-combatants on very large scales in the fire-bombings of Tokyo and Dresden during World War Two. More recently, the Syrian government (by all reports) has had few reservations about targeting non-combatants in the country’s ongoing civil war. But it too escapes the label ‘terrorist’.

The definition of terrorism as violence perpetrated by non-state actors is also problematic. Ultimately, this is little more than a definitional fiat. As the Syrian civil war demonstrates, there is no appreciable difference between the violence perpetrated by the Syrian state and that committed by non-state actors. The same could be said for the civil war that ravaged the Democratic Republic of the Congo. Moreover, states frequently use non-state actors as proxies, as Libya did in the 1970s and 1980s and Iran continues to do with Hezbollah. The political violence of these non-state actors, while perhaps better funded, is not substantially different than it would be without state sponsorship.

Finally, one might argue that the indirect, psychological aspect of terrorism – namely, that it causes fear in populations not directly targeted by the violence – sets it apart as an object of academic study. But this too is highly problematic. Arguably, in dropping nuclear weapons on Hiroshima and Nagasaki, the US sought to generate fear in the population that was not directly targeted. Yet most scholars do not consider those bombings to be terrorist attacks. Indeed, as Clausewitz noted in On War, breaking the opposing side’s ‘will to fight’ is central to any military strategy. Fear of death or destruction is one (although not the only) means of doing so, and is thus part and parcel of most traditional military conflicts. These issues may help to explain why defining terrorism in psychological terms represents a minority view. In the Weinberg et. al. study the authors found that scholars define terrorism in terms of the psychological element only about twenty percent of time.

Take, for example, Abrahms’ finding that violence by terrorist groups is used to generate strong affective ties within the group. Though fascinating, this is not only true of terrorism. The issue of affective ties for all social groups is the subject of considerable research in social psychology. Indeed, Boaz Atzili argues that states rely on threats to territory and the corresponding use of violence to build in-group affective cohesion, which suggests the dynamic has broader roots and may apply to state and non-state actors. Likewise Jenna Jordan’s work on decapitation (i.e., dissolving terrorist groups by killing their leaders) finds that the success of the tactic relies on the social constitution of the terrorist group. This finding has remarkable parallels with Brian Phillips’ work on leadership decapitation in the context of Mexican drug trafficking networks. But clearly, the problem of group cohesion in leadership transitions is not specific to terrorist groups—authoritarian states and corporations face the same problems. Thus Jordan’s findings are important for and contribute to a broader discussion on group cohesion.

Studying ‘terrorism’ as though it were a distinct social phenomenon has (at least) two detrimental consequences. First, it helps to reify the political dynamics outlined in the first portion of this essay by contributing to the political narrative that there is something ‘out there’ called terrorism that is a unique threat—with all the political repercussions that follow. Ironically, Cronin in particular expresses frustration with the political dynamics surrounding terrorism even as she fuels that dynamic by reifying the concept of terrorism.

Second, by operating within a terrorism studies ‘space’, these and other scholars miss out on important dialogue that needs to occur over the causes and constitution of politically oriented violence at all levels of aggregation. By focusing on terrorism, scholars may miss important contributions to the understanding of political violence in addition to broader developments.

Politically and intellectually, therefore, the concept of terrorism is counter-productive. Academics, policymakers, and the public should abandon the concept and get down to the real business of understanding the ‘how’, ‘why’, and ‘what’ of political violence.

"Is the Concept of Terrorism Still Useful?"