Nations and Borders are Always Messy 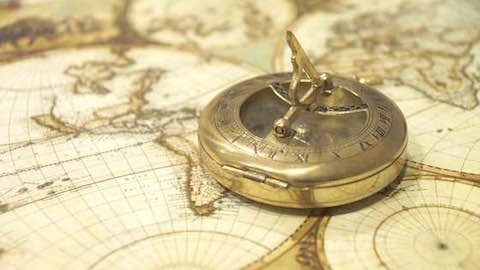 Nations and Borders are Always Messy

Do the Middle East's problems have their roots in the artificial states created by European imperialists? Maybe not, says Nick Danforth, especially when you look at the history and cartography of the Balkans and Central Asia, two regions that exemplify different approaches to the problem of 'national delimitation'.

As long as we all remain obsessively focused on the drawing and re-drawing of borders in the Middle East, it is easy to conclude that indeed, the region's problems come from artificial states mapped out by careless imperialists with little regard for the inhabitants' ethnic and religious affinities.

But I would argue this view becomes much harder to maintain when looking at the history and cartography of the Balkans and Central Asia, both of which exemplify different approaches to the problem of national delimitation. In Central Asia, the Soviet Regime drew up a new set of borders with cynically excruciating attention to the inhabitants' ethnic and religious affinities, leading to the impossibly convoluted borders in the region today. And in the Balkans, locals were largely left to draw their own borders, leading to vicious fighting in the First Balkan War, Second Balkan War, First World War, Second World War, and whatever you want to call the conflict that tore Yugoslavia apart in the 1990s. Set against these alternatives, blaming borders for the Middle East's problems seems a more complicated proposition.

Another formerly Ottoman region that achieved its independence only slightly earlier than the Middle East, the Balkans provide a striking counter-example to the idea that the alternative to externally imposed “artificial” borders are locally-drawn authentic and stable ones.

Between the Greek War of Independence in 1821 and the conclusion of the Second Balkan War in 1913, Greece, Bulgaria, Albania, Serbia, and Romania all became independent states, often with Russian support. The problem, of course, was that none of these new countries could agree where their new borders should be. The image above comes from a German map showing the conflicting claims of the Balkan States in the region around Macedonia. This mess of intersecting lines proved more than anyone could resolve at the negotiating table. Almost as soon as a Greek-Serbian-Bulgarian alliance had finished driving the Ottomans out of Europe as allies in the First Balkan War, they turned against each other to resolve their conflicting territorial claims by force.

The demography of the Balkans also appears uniquely suited to mock the idea that ethnic or religious divisions can offer a reliable basis for drawing national boundaries. As the excerpt above (see the whole map here) shows, the best, most energetically and scrupulously German efforts to map the region's population revealed the extent to which ethnic and religious groups refused to live in discrete territories that could be easily separated with neat lines. (Lest one think the Middle East was any simpler, consider this ethnic map of the region from around the same time.) In fact, this confusion provided the perfect opportunity for Balkan states to bolster their territorial claims with maps that simplified things to their advantage. As exhaustively documented in Henry Robert Wilkinson's Maps and Politics , the late 19th and early 20th century were a golden era for nationalist ethnographic map-making, with Greek, Serbian, and Bulgarian map-makers all working to show that the majority of people living in any contested region were almost always Greek, Serbian, or Bulgarian respectively. And, in a tragic real-world counterpart to such cartographic appropriations, these same years were also a golden era for ethnic cleansing, population exchanges, and acts of genocide. If maps and borders couldn't convincingly be drawn to fit the region's complex demographic realities, these realities could be forcibly altered to match new maps and new borders.

A closer look at many of the early ethnographic maps of the Balkans reveals an even deeper level of complexity, one with implications for Central Asia and the Middle East. That is, before the 20th century it was almost never clear what the relevant ethnic or national categories were in any particular region. Not only do different maps from the era show regions inhabited by different groups of people according to the map-maker's biases, they also use widely differing categories of people entirely. This key, from the same German map shown above, helps illustrates the inescapable nature of this ambiguity. The region's inhabitants are shown not in discrete categories, but as part of an intersecting grid of languages and religions. Greek-speakers are divided between Orthodox and Muslim, while Albanian and Serbo-Croat speakers are divided among Muslim, Catholic, and Oriental Christians. There was no way to tell, at the time this map was made, how these intersecting categories would be transformed into the national identities that exist in the region today. As it turns out, Muslims who spoke Greek were forcibly transferred from Greece to Anatolia in 1923 on the grounds that they were really Turks. Meanwhile, Catholic, Orthodox, and Muslim Albanian speakers all continue to proudly identify as Albanian up until the present. And among members of the three faiths who spoke the language once known as Serbo-Croat, the question of whether religious difference took precedence over a shared language remained bitterly contested up through the 1990s.

In Central Asia , the transformation from pre-national to national identities took place in the 1920s and 30s under the watchful eye of the Soviet Union. The Soviets drew Central Asia's current borders as part of an effort to reconcile their principled opposition to imperialism with their practical desire to control as much territory as possible. The solution was to create region's supposedly independent Soviet Socialist Republics, which would be national in form but Soviet in content. That is, these states would satisfy the local's nationalist aspirations while “voluntarily” federating with the government in Moscow and slowly shepherding their citizens into a fully soviet, post-national future. According to this model, later adopted by the Chinese and Yugoslav governments, people would speak their native languages (and, as in this Tajik propaganda poster from the 1950s wear their traditional hats), while also participating as equals in a larger Union of Soviet Socialist Republics.

Before this, Central Asia's Russian Czarist rulers had divided the region between two administrative regions, the Governate of the Steppe, including much of what is now Kazakhstan, and the Governate of Turkestan, including what is now Turkmenistan, Uzbekistan, and Tajikistan. At the same time, older forms of native government, including Khanates based in the cities of Khiva, Bukhara, Kokhand, and Mir, maintained a limited degree of authority.

None of these political divisions, though, had any clear correlation to the main forms of identity in the region. Religion was perhaps the most prominent form of pre-national identity. With the exception of a small number of Jews, Nestorians, and Manicheans, most of the region's inhabitants were Muslim. Many saw Russian colonial expansion in the 19th century in religious terms, with the outsiders being thought of interchangeably as Russians, Christians, and non-Muslims. Another important form of pre-national identity was rooted in the split between sedentary and nomadic societies. Amongst nomads, the term sart was used to refer to settled populations, whatever their tribal or ethnic origins. In this way, if a Turkmen or Kyrgyz tribe took up agriculture, its members would also become sarts. For many Russian and European observers, though, the most interesting and important forms of identity were the supposed racial or ethnic categories that were later transformed into Soviet nationalities.

The Kazakhs, Kyrgyz, andTurkmen were all tribal confederations that defined themselves according to myths of common ancestry. Though the Turkmen, for example, all claimed descent from a common ancestor, Oghuz, they were divided into a number of tribes such as the Tekes, Salirs, and Yomuts. These tribes, though subdivided into smaller family units, served as the primary units of political organization and often fought against one another. Among the settled population further south, the situation was even more complex. Some ethnographers assumed that sart was an ethnic/racial category and tried to identify their defining linguistic and physical features. More frequently, however, the population was broken down between Tajik and Uzbek or alternatively Tajik and Turk. This classification could be based on either linguistic or racial features, with the Tajiks being either Persian speakers or those of Persian descent, and the Uzbeks/Turks being Turkic speakers or those of Turkic descent. Either definition caused considerable confusion, as not only had Turkic and Persian tongues considerably influenced one another, but many individuals were themselves bilingual, with Persian being more prevalent among the urban and educated. The term Uzbek could be used interchangeably with “Turk” to designate all those who spoke a Turkic language and were not part of one of the tribal confederations discussed above.

The process through which the Soviet government carved this complicated mix of identities into discrete nations reveals a fascinating blend of sincerity and cynicism. That is, the Soviets could be exceedingly precise and scientific in drawing winding, unworkable borders because they never thought of them as real borders to begin with. Rather than drawing overly straight borders, the Soviets drew overly squiggly ones in a quixotic effort to reflect the region's complex demography. Where the Balkans saw groups of people who ended up on the wrong side a border subjected to ethnic cleansing, the Soviets could deal with it by simply creating exclaves.

Tacking non-contiguous territories together worked just fine when Moscow controlled both sides of every border. Complications with the border regime only arose with the collapse of the Soviet Union and the unexpected achievement of real sovereignty.

During the Cold War, Turkish nationalists regularly accused Stalin of dividing up Central Asia as part of a policy of divide and conquer aimed at destroying the emergence of a pan-Turkic resistance to Soviet rule. One need not doubt Stalin's sinister motives, though, to note that one of the reasons this policy worked is that there were already individuals in the region who, of their own accord, challenged pan-Turkism on the grounds of more specific local identities. Kazakh nationalists, say, who demanded a separate Kazakh state or Turkmen nationalists who wanted nothing to do with the Tatars.

And while Stalin was criticized for dividing up people who claimed they shared a common identity, the violent break-ups of Yugoslavia and Iraq provide striking evidence that more comprehensive identities don't always turn out as well as their proponents expect. In fact, it is easy to find examples where both approaches failed. The British are now accused of creating Iraq as an artificial, unworkable state by joining territory inhabited by Shiites, Sunnis, and Kurds. In Syria, though, the French once faced the opposite charge when they proposed an ethnically based division similar to what many people are discussing today. Reflecting French ethnographic maps of the region -- that in their remarkable detail include every ethnic and religious category imaginable except “Arab” -- Paris hoped to preempt the emergence of Arab nationalism through their own cynical policy of divide and rule. The French, as this map from 1922 shows, planned to break what is now Syria into Alawite and Druze mini-states alongside separate, largely Sunni territories in the country's north and south that would be governed from Aleppo and Damascus. Yet in this case the French were forced to abandon the idea when faced with protests from local Arab nationalists who demanded a larger, multi-ethnic state.

Perhaps the best lesson to draw from all this messy history is that the grass is always greener on the other side of the border. Creating nation states is almost always a violent process no matter how you do it. And as tempting or understandable as it is to think it could have been done better, the historical record seems to suggest otherwise.

"Nations and Borders are Always Messy"