The Intersection of Three Crises 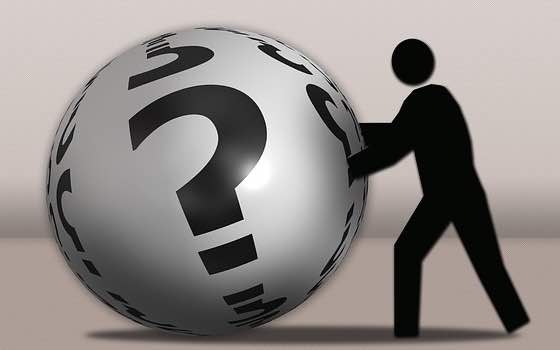 The Intersection of Three Crises

The Greek debt crisis, a U.S. - Russian standoff over Ukraine and the U.S. - Iranian negotiations are all connected.

Within the past few weeks, a temporary deal to keep Greece in the eurozone was reached in Brussels, a cease-fire roadmap was agreed to in Minsk and Iranian negotiators advanced a potential nuclear deal in Geneva. Squadrons of diplomats have forestalled one geopolitical crisis after another. Yet it would be premature, even reckless, to assume that the fault lines defining these issues are effectively stable. Understanding how these crises are inextricably linked is the first step toward assessing when and where the next flare-up is likely to occur.

Germany and the Eurozone Crisis

Germany has once again become the victim of its own power. As Europe's largest creditor, it has considerable political leverage over debtor nations such as Greece, whose entire livelihood now depends on whether German Chancellor Angela Merkel is willing to sign another bailout check. Lest we forget, Germany is exporting the equivalent of about half its GDP, and most of those exports are consumed within Europe. Thus, the institutions Germany relies on to protect its export markets are the very institutions Berlin must battle to protect Germany's national wealth.

Many have characterized the recent Brussels deal as a victory for Berlin over Athens as eurozone finance ministers, including the Portuguese, Spanish and French, stood behind Germany in refusing Greece the right to circumvent its debt obligations. But Merkel is also not about to gamble an unlimited amount of German taxpayer funds on flimsy Greek pledges to cut costs and impose structural reforms on a population that, for now, still views the ruling Syriza party as its savior from austerity. Within four months, Greece and Germany will be at loggerheads again, and Greece will likely still lack the austerity credentials that Berlin needs to convince its own Euroskeptics that it has the institutional heft and credibility to impose Germanic thriftiness on the rest of Europe. The more time Germany buys, the more inflexible the German and Greek negotiating positions become, and the more seriously traders, businessmen and politicians alike will have to take the threat of a so-called Grexit, the first in a chain of events that could shatter the eurozone.

The Role of the Crisis in Ukraine

In order to steer Germany through an escalating eurozone crisis, Merkel needs to calm her eastern front. It is no wonder, then, that she committed herself to multiple sleepless nights and an incessant travel schedule to put another Minsk agreement with Russia on paper. The deal was flawed from the start because it avoided recognizing the ongoing attempts by Russian-backed separatists to smooth out the demarcation line by bringing the pocket of Debaltseve under their zone of control. After several more days of scuffling, the Germans (again leveraging their creditor status — this time, against Ukraine) quietly pushed Ukrainian President Petro Poroshenko to accept the battlefield reality and move along with the cease-fire agreement. But even if Germany on one side and Russia on the other were able to bring about a relative calm in eastern Ukraine, it would do little in the end to de-escalate the standoff between the United States and Russia.

The Connection Between Ukraine and Iran

Contrary to popular opinion in the West, Russian President Vladimir Putin is not driven by crazed territorial ambitions. He is looking at the map, just as his predecessors have for centuries, and grappling with the task of securing the Russian underbelly from a borderland state coming under the wing of a much more formidable military power in the West. As the United States has reminded Moscow repeatedly over the past several days, the White House retains the option to send lethal aid to Ukraine. With heavier equipment comes trainers, and with trainers come boots on the ground.

From his perspective, Putin can already see the United States stretching beyond NATO bounds to recruit and shore up allies along the Russian periphery. Even as short-term truces are struck in eastern Ukraine, there is nothing precluding a much deeper U.S. probe in the region. That is the assumption that will drive Russian actions in the coming months as Putin reviews his military options, which include establishing a land bridge to Crimea (a move that would still, in effect, leave Russia's border with Ukraine exposed), a more ambitious push westward to anchor at the Dnieper River and probing actions in the Baltic states to test NATO's credibility.

The United States does not have the luxury of precluding any one of these possibilities, so it must prepare accordingly. But focusing on the Eurasian theater entails first tying up loose ends in the Middle East, starting with Iran. And so we come to Geneva, where U.S. Secretary of State John Kerry and Iranian Foreign Minister Javad Zarif met again Feb. 22 to work out the remaining points of a nuclear deal before March 31, the date by which U.S. President Barack Obama is supposed to demonstrate enough progress in negotiations to hold Congress back from imposing additional sanctions on Iran. If the United States is to realistically game out scenarios in which U.S. military forces confront Russia in Europe, it needs to be able to rapidly redeploy forces that have spent the past dozen years putting out fires ignited by sprouting jihadist emirates and preparing for a potential conflict in the Persian Gulf. To lighten its load in the Middle East, the United States will look to regional powers with vested and often competing interests to shoulder more of the burden.

A U.S.-Iranian understanding goes well beyond agreeing on how much uranium Iran is allowed to enrich and stockpile and how much sanctions relief Iran gets for limiting its nuclear program. It will draw the regional contours of an Iranian sphere of influence and allow room for Washington and Tehran to cooperate in areas where their interests align. We can already see this in effect in Iraq and Syria, where the threat of the Islamic State has compelled the United States and Iran to coordinate efforts to contain jihadist ambitions. Though the United States will understandably be more cautious in its public statements while it tries to limit Israeli anxiety, U.S. officials have allegedly made positive remarks about Hezbollah's role in fighting terrorism when speaking privately with their Lebanese interlocutors in recent meetings. This may seem like a minor detail on the surface, but Iran sees a rapprochement with the United States as an opportunity to seek recognition for Hezbollah as a legitimate political actor.

A U.S.-Iranian rapprochement will not be complete by March, June or any other deadline Washington sets for this year. Framework agreements on the nuclear issue and sanctions relief will necessarily be implemented in phases to effectively extend the negotiations into 2016, when Congress could allow the core sanctions act against Iran to expire after several months of testing Iranian compliance and after Iran gets past its parliamentary elections. Arrestors could arise along the way, such as the death of Iranian Supreme Leader Ayatollah Ali Khamenei, but they will not deter the White House from setting a course toward normalizing relations with Iran. The United States, regardless of which party is controlling the White House, will rank the threat of a growing Eurasian conflict well ahead of de-escalating the conflict with Iran. Even as a nuclear agreement establishes the foundation for a U.S.-Iranian understanding, Washington will rely on regional powers like Turkey and Saudi Arabia to eat away at the edges of Iran's sphere of influence, encouraging the natural rivalries in the region to mold a relative balance of power over time.

Both issues bring the United States back to Eurasia. A distracted Germany will compel the United States to go beyond NATO boundaries to encircle Russia. Rest assured, Russia — even under severe economic stress — will find the means to respond.

Article: "The Intersection of Three Crises is republished with permission of Stratfor."

"The Intersection of Three Crises"