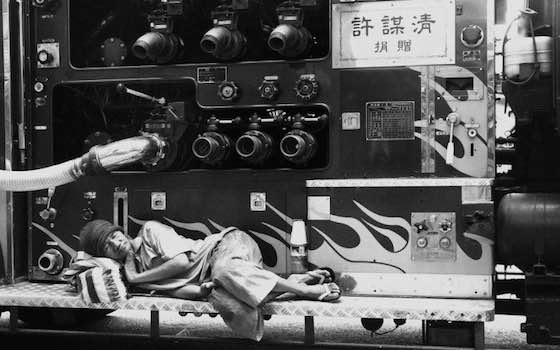 by Nick Galasso and Marjorie Wood

The path to a more equal world is steep, but the signposts are clearly marked.

It makes poverty reduction harder, hurts our economies, and drives conflict and violence. Reversing this trend presents a significant challenge, but one where we've seen some progress. Below we offer eight ways to move the world forward in reducing global inequality.

1. A Check on Illicit Outflows

One reason is tax avoidance and other illicit outflows of cash. According to Global Financial Integrity, developing countries lost $6.6 trillion in illicit financial flows from 2003 through 2012, with illicit outflows increasing at an average rate of 9.4 percent per year. That's $6.6 trillion that could reduce poverty and inequality through investments in human capital, infrastructure, and economic growth.

After falling for much of the 20th century, inequality is worsening in rich countries today. The top 1 percent is not only capturing larger shares of national income, but tax rates on the highest incomes have also dropped.

How much should the highest income earners be taxed? This is obviously a question to be decided domestically by citizens, and opinions differ. For instance, economist Tony Addison suggests a top rate of 65 percent rate on the top 1 percent of incomes.

In Capital in the Twenty-First Century

Under his plan, countries would agree to tax personal assets of all kinds at graduated rates. The skeptics do have a point about whether this particular plan is practical, but we shouldn't give up on the idea. Because wealth tends to accumulate over generations, fair and well-designed wealth taxes would go a long way towards combating extreme inequality.

Governments should establish and enforce a national living wage. Corporations should also prioritize a living wage for their own workers and for the suppliers, buyers, and others with whom they do business.

Low and unlivable wages are a result of worker disempowerment and concentration of wealth at the top -- hallmarks of unequal societies. As human beings with basic needs, all workers should earn enough to support themselves and their families. Governments and corporations should be responsible for protecting the right to a living wage, and corporations should commit to responsible behavior that respects the dignity of all workers.

5. The Right to Organize

The right of workers to organize has always been a cornerstone of more equal societies, and should be prioritized and protected wherever this basic right is violated.

Extreme inequality requires the disempowerment of workers. Therefore, the right of workers to organize and bargain collectively for better pay and conditions is a global human rights priority. Despite Article 23 of the Universal Declaration of Human Rights -- which declares the right to organize as a fundamental human right -- workers worldwide, including in the United States, still face intimidation, fear, and retribution for attempting to organize collectively.

Where unions are strong, wages are higher and inequality is lower.

6. An End to Labor Abuses

Companies worldwide are also replacing what was once permanent and stable employment with temporary and contingent labor.

Often called "contingent" or "precarious" workers, these workers fill a labor need that is permanent while being denied the status of employment. In the United States, this trend is called "misclassification," in which employers misclassify workers as "independent contractors" when they are actually employees.

Contingent labor also occurs through outsourcing, subcontracting, and use of employment agencies.

Negotiating international trade agreements behind closed doors with only bureaucrats and corporate lobbyists present has to end. These old-style trade agreements are fundamentally undemocratic and put corporate profits above workers, the environment, health, and the public interest. We need a new, transparent trade policy that is open, transparent, and accountable to the people.

Economists are often imagined as stuffy academics who value arcane economic theory above humanitarian values. Clinging to these parsimonious theories gave us the "Washington Consensus" and a global financial system that imploded in 2008.

Thankfully, there's a movement among economics grad students and scholars to reimagine the discipline. As they acknowledge, we clearly need a new economics that works to improve the lives of everyone, not just those already well off.

For instance, what could be more radical than a Buddhist economics? This is the path promoted by economist and Rhodes Scholar E .F. Schumacher, who says humanity needs an economics that creates wealth for all people, just not money for privileged people and corporations. Economics should take into account ethics and the environment, and treat its claims less like invariable truths.

Dr. Nick Galasso is an American Council of Learned Societies Public Fellow, serving Oxfam America as a research and policy advisor. He leads Oxfam's work on economic inequality. Dr. Marjorie Wood is the managing editor of Inequality.org and a senior staff member of the Global Economy Project at the Institute for Policy Studies.