The War on Terrorism: The Way Forward 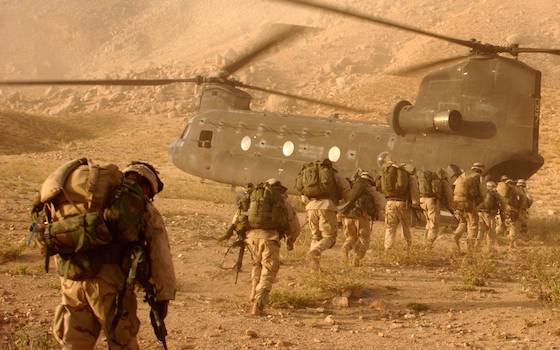 The War on Terrorism: The Way Forward

Why is there still no international strategy to combat the so-called Islamic State? Gawdat Bahgat blames 1) conflicting regional and global interests; 2) continued uncertainty over Iran; 3) disagreements between civilian and military leaders, especially in the US, and 4) the absence of a political-ideological strategy to complement mere airstrikes

In recent weeks so much international attention has been focused on the Islamic State in Iraq and the Levant (ISIL). In the last few months the group captured a large part of Syria and Iraq, declared itself a state, changed its name to the Islamic State (IS), and brutally executed many of its opponents, including both Muslims and non-Muslims. On the other side, the international community has expressed a strong determination to defeat the extremist group. On the eve of the anniversary of September 11, the U.S. President Barack Obama announced a strategy to defeat the ISIL. The President stated, “Our objective is clear: We will degrade and ultimately destroy ISIL.” A few days later France hosted delegations from twenty-six countries to build an international coalition. The list of participants included major European powers, Russia, China, Japan, Canada, Turkey, Arab countries, and the United States. The delegations asserted that the ISIL is a threat not only to Iraq but also to the entire international community. They condemned the crimes and acts of mass violence and committed themselves to supporting the new Iraqi government in its fight against the ISIL by any means necessary, “including appropriate military assistance.”

It is likely that this new round of fighting with extremist groups will take a long time. Mobilizing international and regional partners is a positive step, but does not guarantee success. Rhetoric aside, a close examination of these regional and global efforts suggests several points to be taken into consideration in articulating a comprehensive strategy to fight terrorism.

First, the coalition members have different and even opposing objectives. For domestic and international reasons, the United States does not want to be seen as taking unilateral military action against ISIL. However, the potential partners share few common visions and objectives. True, they all would like to see ISIL contained and defeated. But it is also true that Russia and China, unlike the United States, European powers and some Arab countries, oppose military strikes inside Syria without coordination with President Assad. They see such strikes as a violation of Syria’s sovereignty.

More crucial, Muslim and Arab countries have different agendas. Before their release on September 20th, the 49 Turkish hostages seized from the Turkish consulate in Mosul retained strong public support from Ankara. But the country’s hands are tied on fighting the ISIL because of its three-decade long conflict with the Kurdish minority that has claimed tens of thousands of lives. Last year, Kurdish rebels declared a cease-fire and began withdrawing fighters from Turkey into bases in northern Iraq, but tensions have risen recently as the Kurdistan Workers’ Party (PKK) has accused Turkey of not increasing Kurdish rights quickly enough. Furthermore, Turkey is vulnerable to attacks from the ISIL. Ankara shares long borders with the territory under the ISIL control and is home to more than a million refugees. Despite tremendous efforts to vet these refugees, it is hard to determine who is a real refugee and who is a fighter. In addition, some Arab partners see extending the fight with the ISIL into Syria less as a war on terrorism and more as a way to weaken Iran and its allies (President Assad and Hezbollah). Finally, it is not clear who in Iraq and Syria would benefit from military strikes against the ISIL. The Kurdish fighters (peshmerga) aim to expand the areas they control. Meanwhile the Haider al-Abadi government in Baghdad faces challenges to its credibility within Iraq, not only from Sunni tribes allied with the ISIL, but also from Shiite leaders who criticize the government for its alliance with the United States. It is unclear how striking the ISIL would impact the delicate ethnic and sectarian balances inside Turkey, Iraq, and Syria.

Second, Iran’s role and participation in the military campaign against the ISIL are not clear. Iran was not present at the international conference held in Paris in mid-September. Secretary of State John Kerry stated that Iran’s presence would be inappropriate because of its military involvement in the Syrian civil war. The Secretary also said that Iran’s exclusion from the conference “doesn’t mean that we are opposed to the idea of communicating to find out circumstances or whether there is the possibility of a change.” In Tehran, Ayatollah Ali Khamenei said that the United States requested Iranian help but that he refused due to Washington’s “evil intentions.” Iran’s Foreign Minister Mohammad Zarif has also said the coalition Washington was building was a “coalition of apologizers” because most of those who attended the Paris conference had originally supported the ISIL. This uncertainty aside, there is no doubt that Iran is the major ally to both the Iraqi and Syrian governments. Equally important, the defeat of the ISIL is clearly in Tehran’s best interest. The presence of an extremist Sunni group in Iraq and Syria is seen as a national security threat in Tehran. In short, one can argue that the Islamic Republic shares some of the responsibility for instability in Iraq and Syria, but it is also clear that Iran has been playing a major role in fighting ISIL. For instance, the Islamic Republic was instrumental in pushing aside Prime Minister Nouri Al-Maliki in favor of Haider Al-Abadi, who enjoys Western and Arab support. Tehran is also providing military assistance to both the Iraqi government and the Kurdish Peshmerga. On the other hand Iran is the Assad regime’s most important regional ally. Consultation with Tehran would make the fight against the ISIL in Iraq and Syria much more effective. Iran’s strategic and military leverage in both Baghdad and Damascus means that the country has a major role to play in the global and regional war on terrorism. Coordination with Tehran would substantially contribute to the success of the campaign against the ISIL.

Third, the apparent disagreement between civilian and military leaders in Washington is not helpful. As senator, Obama strongly opposed the war in Iraq. As president he promised to end the wars in Iraq and Afghanistan. Despite tremendous domestic and international pressure Obama has been reluctant to initiate a military campaign in the Middle East or elsewhere. In his six years in office President Obama has largely relied on airstrikes instead of ground forces, rather than “boots on the ground”. In a visit to MacDill Air Force Base in Florida in mid-September the President stated, “As your commander in chief, I will not commit you and the rest of our armed forces to fighting another ground war in Iraq.” The President added, “After a decade of massive ground deployments, it is more effective to use our unique capabilities in support of partners on the ground so they can secure their own countries’ futures.”

However, in his testimony before Congress the Chairman of the Joint Chiefs of Staff, Martin Dempsey said that if necessary, he might recommend that Obama “permit small teams to embed with Iraqi forces.” Dempsey also acknowledged that Army Gen Lloyd Austin, the commander for the Middle East, had already recommended doing so in the case of at least one battle in Iraq but was overruled. Finally, Gen Ray Odierno, the Army Chief of Staff said that it might be necessary to deploy more U.S. forces to Iraq beyond the 1,600 troops already there.

These contradictory visions for the U.S. role in the military campaign against ISIL confuse the other partners and, one can argue, empower adversaries. Military analysts caution against telling adversaries what Washington intends to do (or not to do) and instead keep them guessing, uncertain, insecure, anxious, hedging, and vulnerable.

A political and ideological strategy?

Fourth, the declared objectives and strategy for the war on ISIL are unrealistic. ISIL is the latest face of religious extremism. The history of Islam, like the history of other religions, can be seen as a constant struggle between moderation and extremism. The war is within Islam, not between Islam and the United States or the West. Degrading the ISIL’s capabilities will not bring the struggle to an end. The ISIL (and extremism in general) can be “contained” rather than “defeated.”

A military campaign will not be sufficient to contain ISIL or extremism in general. Indeed it is “naïve” to suppose that extremism can be eradicated by airstrikes. Extremism is an “ideology” and an ideology can be contained by another ideology. Supporting moderation would weaken the extremists’ ideology and appeal. Saudi Arabia’s top clerical council recently declared that “terrorism is a heinous crime” under Sharia and that its perpetrators should be severely punished. The council also prohibited militant financing or recruiting young people to join extremist groups. The kingdom’s Grand Mufti, Sheikh Abdulaziz Al-Sheikh has described militants of the ISIL and Al-Qaeda as “Islam’s foremost enemy” in a series of public comments in recent weeks. Other top Muslim clerics and scholars have echoed these sentiments.

In addition to military strikes against the ISIL, regional and international powers must also to work with domestic partners in Iraq and Syria to articulate a broad political accommodation. In Baghdad the newly-formed government under Al-Abadi seems more inclusive than the previous one. Iraq’s Sunni-Arab neighbors have to accept a Shiite-dominated government in Baghdad. The future of Syria is highly uncertain. Both President Assad and non-ISIL rebels are positioning themselves as the West’s natural partner in the fight against extremism. The fall of the Islamic State without a clear political map (with or without President Assad) might lead to a scenario similar to the one in Libya after Ghaddafi. Political and security vacuums should not be allowed.

"The War on Terrorism: The Way Forward"