Targeted Sanctions and the Right to Due Process 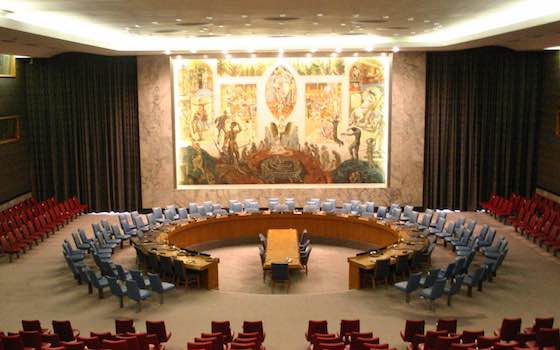 Targeted Sanctions and the Right to Due Process

Targeted sanctions have become the Security Council's weapon of choice for dealing with troublesome regimes. Monika Heupel warns, however, that because these sanctions often violate the rights of individuals to due process, the UN might soon experience a backlash against them.

Since the early 1990s, sanctions have become the United Nations (UN) Security Council’s default answer to domestic and international crises. Throwing off the shackles of the Cold War, the Council began to adopt comprehensive trade embargoes against countries as diverse as Iraq, the Federal Republic of Yugoslavia and Haiti. Soon, the Security Council found itself at the centre of a storm of criticism, however, when civil society actors and a number of middle powers, appalled by the massive humanitarian problems the sanctions regimes created, criticized the Council for violating subsistence rights, the right to health and the right to life. To restore its blemished reputation, the Security Council shifted to targeted, or ‘smart’, sanctions whose rationale is to directly hit those actors who pose a threat to peace and security while shielding the civilian population from harm. Although targeted sanctions have been a success in that they incur far less humanitarian cost, they gave rise to another rights violation, namely, the violation of the right to due process of blacklisted individuals. This article first explicates in what ways UN targeted sanctions violated the right to due process. Subsequently, it shows that the Security Council has, primarily in response to key judgments of the Court of Justice of the European Union (EU), over time improved the listing and delisting procedures that underpin its sanctions regimes. The article concludes by addressing the broader implications of the reform process for the UN Security Council.

Targeted sanctions and the violation of the right to due process

Targeted sanctions refer to arms embargoes, restrictions of trade in specific goods, diplomatic sanctions and personalized sanctions such as travel bans and asset freezes that apply to blacklisted individuals and entities. Every UN member may propose names for Security Council’s blacklists, whether suggested names are included in the lists is decided by the Council. The first blacklists were put together in the second half of the 1990s when the Security Council adopted sanctions in relation to the wars in Angola and Sierra Leone. The most extensive blacklists exist in relation to the Al Qaida and Taliban sanctions regimes.

While the shift to targeted sanctions had the intended effect of reducing suffering among the civilian population, it soon became evident that targeted sanctions also gave rise to human rights violations, in that they infringed upon the right to due process of blacklisted individuals and entities. Initially, blacklisted parties did not even have the right to know that they were listed, let alone to learn the reasons why they were listed. Moreover, when it came to the Al Qaida/Taliban sanctions regime, most names were added to the blacklist at the suggestion of the United States (US) briefly after 9/11 without other Council members asking what evidence the US held against them. Nor were there initially any provisions for listed individuals to challenge their inclusion in the blacklists. After a dispute between the US and Sweden the Council introduced a diplomatic delisting procedure which foresaw negotiations between the state that had proposed the respective individual for listing and the individual’s state of nationality or residence. From a due process perspective, this was still unsatisfactory, though, given that listed individuals had to rely on the support of their state of nationality or residence and could not act on their own initiative.

The Court of Justice of the EU and the Ombudsperson mechanism

Again, civil society actors and a number of middle powers made efforts to scandalize the Security Council’s blacklisting practice. It turned out far more difficult, however, to mobilize for the rights of alleged terrorists and their supporters than to create empathy with starving Iraqi children. Yet, the Security Council finally came under fire from another direction, namely from courts. Several blacklisted terror suspects who were dissatisfied with the limitations of the diplomatic delisting procedure initiated legal proceedings before national and regional courts. Given that national and regional courts do not have jurisdiction over the UN Security Council, listed individuals were unable to directly challenge the Security Council’s practices. What they could do, however, was to challenge the implementation of Security Council sanctions in UN member states and in the EU.

The cases that eventually induced the UN Security Council to substantially improve the due process safeguards of its sanctions policy were Kadi v. Council of the EU and Commission of the European Communities before the European Court of Justice (ECJ). Kadi is a Saudi Arabian businessman who had been added to the blacklist of the Council’s Al Qaida/Taliban sanctions regime in 2001. As usual, the EU had subsequently adopted legislation to implement the respective Security Council resolution in the EU. In 2008, the ECJ repealed the relevant EU implementing legislation in so far as it applied to Kadi, arguing that it violated, amongst other things, Kadi’s rights to access to information, to a fair hearing and to an effective remedy.

In the Security Council, especially the US but also Russia and China had for years opposed reforms that would have effectively protected the right to due process of blacklisted parties. They wanted to maintain their freedom of action and objected to any external control over the Council. After the ECJ’s seminal judgment in the Kadi case, however, they abandoned their opposition. In fact, they feared that the ECJ would replicate its judgment in other pending or future cases and that other courts beyond Europe would take the Kadi judgment as an example. The US in particular realized that the Security Council had to find a solution that would satisfy the ECJ if it wanted to keep the instrument of personalized targeted sanctions alive.

After some debate, Council members finally decided to install an Ombudsperson with the competence to accept delisting requests from parties listed by the Al Qaida/Taliban Sanctions Committee and help listed parties navigate the delisting process. Decisions on delisting were still to be taken by the Council, though. The ECJ was not satisfied, however, and decided in 2010 in a further judgment on the Kadi case that the Ombudsperson mechanism did not meet basic due process standards, especially because Kadi was not given sufficient evidence to make judicial review possible. The Security Council thereupon expanded the Ombudsperson’s competences, allowing the Ombudsperson to make public delisting proposals to the Council which could only be overturned by the Council or its Al Qaida Sanctions Committee at high political costs. For sure, this procedure still only weakly resembles a proper court procedure. Besides, it stands open only to parties listed by the Al Qaida Sanctions Committee and not to parties listed by other Sanctions Committees. Nonetheless, it still testifies to how far the Council has come in safeguarding the right to due process in its sanctions policy.

Nonetheless, the Ombudsperson mechanism is far from effective at guaranteeing the right to due process in UN sanctions policy. Blacklisted individuals are still barred from going to a court to challenge their listing and their delisting ultimately still depends on the goodwill of the state that has suggested their listing in the first place. Parties listed by Sanctions Committees other than the Al Qaida Sanctions Committee are still excluded from the Ombudsperson mechanism. Furthermore, being dissatisfied with the limitations of the Ombudsperson mechanism, Security Council members seem to be ready to go back to comprehensive economic sanctions – sanctions that cause massive humanitarian suffering and have provoked the shift to targeted sanctions in the first place. UN sanctions policy, thus, seems to be at the crossroads. If one thing is beyond doubt, however, it is that human rights violations provoke fierce opposition, whether from civil society actors and like- minded states or from courts.

Monika Heupel is a Junior Professor for International and European Politics at the University of Bamberg, Germany. Her current research focuses on the human rights accountability of international organizations and the legitimacy of the UN Security Council.

"Targeted Sanctions and the Right to Due Process"