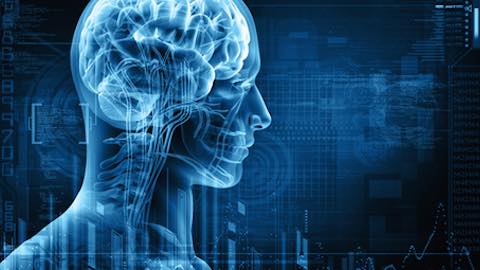 Human enhancement technologies are expanding the frontiers of biotechnology and changing the nature of warfare, international relations and geopolitics.

Human enhancement refers to the suite of techniques which alter the human body beyond its normal healthy state. While ‘therapy’ is meant to ‘fix’ or ‘heal’ something damaged, enhancement technologies aim to stimulate and augment the human body beyond its natural capacities. Some of the possibilities available soon, such as “personality pills”, super-intelligent machines or gene therapy to block normal aging, come with extremely disruptive side effects.

As is frequently the case with technological innovation, the origins of enhancement technologies are closely linked to military research. Soldiers equipped with devices for increased muscle strength, better pain management or extra-alertness make ideal combatants. Yet whilst administering pills that enable stress resistance or erase post-traumatic stress might seem like ideal quick fixes, they raise profound ethical and security concerns.

In their most extreme form, such techniques could push us beyond what it means to be human, effectively bringing us on the brink of transhumanism. Transhumanism challenges the very notion of the human condition as fixed, rooted and constant. Interventions to improve our bodies, modify our pleasure centres, eradicate pathogenic conditions, enhance cognitive functions or extend life will eventually alter emotions (e.g. fear) which are the result of millennia of evolution.

The rise of the super soldier – at any cost

The search for performance optimization via human enhancement in the military is not new. Stimulant drugs have been used in the army for decades. For instance, amphetamine, a synthetic drug which enhances the neurotransmitters adrenalin and noradrenalin, started being widely available to US troops in the 1960s for its effects in enhancing alertness and physical endurance. More recently, in an effort to find safer alternatives, the military has switched to the use of modafinil, a drug first used by US troops during the 2003 invasion of Iraq. Modafinil acts as a psycho-stimulant, enhances vigilance and overall cognitive and physical performance even in sleep-deprived individuals. It is estimated that the UK Ministry of Defence purchased 24,000 modafinil tablets in 2004.

Apart from the use of such enhancements in the military, we are increasingly witnessing the rise of technologies that can alter human biology irreversibly, especially by incorporating technology within the human body. Such technologies are radically different from previous eras as they are much more invasive and potentially irreversible, marking a new phase in the quest to create super soldiers.

The US Defense Advanced Research Projects Agency (DARPA) is now at the forefront of developing enhancement technologies. In the early 1990s, DARPA acquired an avid interest in biology. DARPA’s turn to biotechnology and biomimetics (getting inspiration from nature, the animal world and metabolic flexibility) is now well on track, and garnering growing federal funding. For the fiscal year 2015, DARPA’s proposed budget request was of 2.915 billion, a steady increase from previous years.

The projects for human augmentation resulted from the recognition that even with the most sophisticated weapons, war remains dependent on soldiers that are subject to physical, cognitive, or psychological vulnerabilities. This sentiment was openly expressed by the Agency, which stated that the human being was “the weakest link in Defense systems”.

Techno-integration became critical to achieving this purpose. This requires creating a symbiotic coupling between men and machines in order to enhance physical and cognitive fitness. This mostly concerned restorative medicine for a long time, but more recent advances in neural integration bring about the real possibility that the peripheral nervous system could be coupled with advanced technology with a simple plug. An extreme form of invasive technology currently being explored is a micro-processing chip which can be implanted beneath the skull and manipulated remotely.

Experiments with so-called “non-invasive brain stimulation” at the US Air Force Research Lab, made public in early 2014, tried a new technique to keep soldiers awake and alert with electric shocks. The results were promising: the electro-stimulation tested much better than the mere use of caffeine. The doses of electrical current were carefully controlled and succeeded in making soldiers wide-awake, refreshed and alert for as long as 30 hours. Although still at an experimental stage, the initiative proves that hijacking the brain for the end of military effectiveness will be used justify whatever scientific means.

The basics of neuro-stimulation now allow us to employ methods to boost our ability to learn, pay attention to the environment, better recall information, take risks or exercise self-control. The amount of knowledge we have on the frontal cortex already permits us to understand how to influence cognitive processes. Two major approaches are Transcranial Magnetic Stimulation (TMS) and Transcranial Direct Current Stimulation (TDCS) and the latter is already in use by the US military to improve the performance of drone pilots. However, scientists caution that TMS and TDS can produce many unintended effects. The military’s ambitions could soon catch up with the neuro-stimulation technology to the extent that soldiers’ reactions, responsiveness and emotionality could be pre-programmed with precision. They could become faster, more agile, alert, more receptive and fast learners, more disciplined or docile or, if needed, less empathetic.

Other projects pursued by DARPA in partnership with various universities across the United States include programs such as: “Accelerated Learning”, “Crystalline Cellulose Conversion to Glucose” (enabling humans to eat grass and other non-digestible plants), “Human-aided optical recognition”, (neuro-optical binoculars to detect threats), “RealNose”, (extra sensors to detect chemicals as accurately as a dog) and “Z-Man” (allowing humans to climb up walls like lizards).

While DARPA officially claims these projects are without invasive mental or physical effects, controversies abound and many questions about their long-lasting implications remain open.

Human nature is frail, vulnerable and less adaptable than other species. It is therefore not surprising that DARPA would explicitly defend human enhancement projects based on a pragmatic calculation of cost, time and military effectiveness: “the idea is not simply to replace people with machines, but to team people with robots to create a more capable, agile and cost-effective force that lowers the risks of US casualties.”


Implications for international relations and geopolitics

With these developments, questions of law, international competition and ethics will become more prominent as both states and societies will have to respond to these technologies and their risks of spinning out of control.

Enhancement raises many ethical ’red flags’: how far will the imperative of “military necessity” go in justifying biotechnological enhancement that would otherwise be considered unacceptable? Could soldiers become dehumanized tools, coerced into whatever is necessary to wage war? Are safety considerations taken into account, and are norms of ethical medical conduct extended to all enhancement technologies? Moreover, it will be critical to explore whether enhancement is reversible or not and to what extent a transhumanist soldier can switch back to the ‘pre-enhanced’ state.

Pressure could soon mount for the US to have an ethical review of its enhancement programs, an expectation that is easier to foresee in a country where demands for accountability can be consequential even in an institution as secretive as the Army. However, this might not be the case everywhere, which brings the need for global discussions and standard-setting for enhancement technologies.

Human enhancement will be disruptive for the entire military establishment and have far-reaching international relations and geopolitical consequences. At a unit level, war-fighters might be enhanced differently, or selectively, creating thus a class of enhanced vs. “normal” soldiers. This will affect morale and unit cohesion drastically, potentially causing resentment in some and a false sense of entitlement in others. Such asymmetry of capabilities will also reflect in international competition and international law, where countries benefiting from advanced technologies of enhancement will possess an advantage over those who will continue relying on non-enhanced soldiers.

In the more near future, the implications of human enhancement in international relations could entail similar reactions to those provoked by the extensive use of drones by the United States. While one country might regard enhancement as justifiable, appropriate and defensible, others could perceive it as an unjust use of capabilities. This will further exacerbate the sense of illegitimacy in war and disproportionate material and human loss.

At the same time, and as was the case with other technologies, it is not improbable to anticipate a race of development and acquisition of human enhancement technologies by many other countries in the coming decades, thus further complicating international conflict resolution, code of conduct and international law. In addition, given the potential effects of these technologies on emotions, remorselessness and increased physical power (for instance through the use of powered exoskeletons), it should be expected that the level of brutality in warfare could increase significantly, thus complicating the implementation of international treaties and post-conflict reconciliation and reconstruction efforts.

Nayef Al-Rodhan is a Philosopher, Neuroscientist and Geostrategist. He is an Honorary Fellow at St. Antony’s College, University of Oxford, UK, and Senior Fellow and Head of the Geopolitics and Global Futures Programme at the Geneva Centre for Security Policy, Geneva, Switzerland. Author of Neo-statecraft and Meta-Geopolitics. Reconciliation of Power, Interests and Justice in the 21st Century