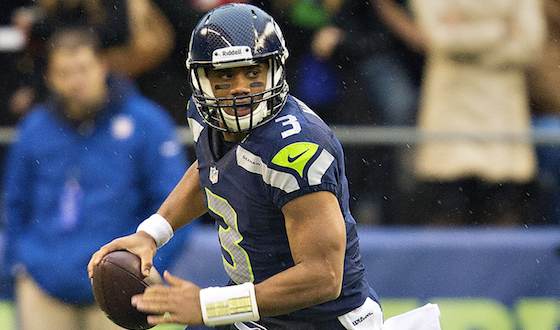 Arizona head coach Bruce Arians has guided the Cardinals to nine wins in his first season as the helm. However, the Cardinals (9-5) currently trail the San Francisco 49ers, New Orleans Saints and Carolina Panthers by one game in the NFC wildcard race.

With a win -- or a San Francisco 49ers loss -- the Seattle Seahawks lock up the No. 1 seed in the NFC and home-field advantage throughout the playoffs.

"At this point in the season, it's about making plays and winning games," says Feely. "Nothing else matters. You just have to win."

Last week, the Seattle Seahawks posted their first shutout of the season and first shutout on the road since 2005 in routing the New York Giants by a score of 23-0 behind five defensive interceptions. The win improved Seattle's 2013 road record to 6-2, best in franchise history. Seattle's defense was dominant, forcing six three-and-outs, eight punts, recording five interceptions and holding Eli Manning and the Giants offense to 181 total yards and just 25 yards rushing.

Earlier this season, the Seahawks defeated the Arizona Cardinals on the road on Thursday Night Football by a score of 34-22.

Seattle jumped out to a 14-0 lead after Russell Wilson found Sidney Rice in the first quarter on a 31-yard TD pass and Zach Miller on a 15-yard TD early in the second quarter. Jay Feely connected on a 49-yard field goal for Arizona and Rashard Mendenhall scored on a three-yard run after Wilson was sacked at Seattle's six-yard line by Matt Shaughnessy, causing a fumble which Calais Campbell recovered for Arizona at the three-yard line. Seattle added a Steven Hauschka 51-yard field goal just before the half for a 17-10 halftime lead. Feely made his second field goal of the night early in the third to bring the score to 17-13, but the Seahawks responded with an 80-yard drive and Wilson hit TE Kellen Davis in the back of the end zone for a one-yard TD, giving Seattle the 24-13 lead.

Brandon Browner intercepted Carson Palmer on the following possession and returned it to the Arizona one-yard line, where two plays later Marshawn Lynch powered his way into the end zone for a 31-13 Seattle lead. Arizona added a 22-yard Feely field goal after John Abraham sacked Wilson at Seattle's 15-yard line, also causing a fumble which Shaughnessy recovered. Hauschka connected on his second field goal of the night, bringing the score to 34-16 and Arizona made a TD drive late for a final score of 34-22.

Would you pick against the Seahawks arguably the best team in the NFL and on a quest for the top seed and home-field advantage?

However, the Cardinals are 6-1 the second half of the season. Expect the Cardinals to make it a game at least until halftime, maybe into the third quarter. From there, the Seahawks ought to pull away for a relatively easy victory.