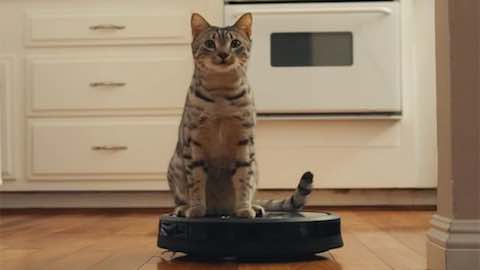 The massive viewing audience makes the Super Bowl a prime spot for advertisers, who are paying Fox as much as $5 million for a 30-second spot. Here are previews of the commercials that will air during the Super Bowl.

The 51st edition of the Super Bowl will kick off on Sunday, Feb. 5 from Houston's NRG Stadium, pitting the New England Patriots against the Atlanta Falcons.

That massive audience makes the Super Bowl a prime spot for advertisers, who are paying 21st Century Fox Inc as much as $5 million for a 30-second spot. The game will air on U.S. broadcast channel Fox.

Below are previews of commercials that will run during Super Bowl XLI:

The Pennsylvania-based building materials supply company released a 90-second version of their ad, which made waves after Fox rejected their initial idea that reportedly featured immigrants being blocks by a wall. The spot ends with a cliffhanger, directing viewers to watch online after the game, which will include the parts that Fox had rejected.

Audi is one of the few brands taking a stance on an issue during the Super Bowl, with an ad promoting gender equality.

Avocados From Mexico returns for its third straight Super Bowl, this time with Jon Lovitz starring in an eerie, Twilight Zone-inspired spot. The commercial is set to run during the game's first commercial break.

Bud Light is bringing back Spuds MacKenzie, its former mascot that became an 1980s pop culture icon, to commemorate the dog's first appearance 30 years ago during Super Bowl XXI.

In what is sure to be among the most talked-about spots, Budweiser is paying tribute to its parent company's co-founder, Adolphus Busch, a German-born immigrant. It is one of four spots for Anheuser-Busch InBev NV

Busch is making its Super Bowl debut with a humorous look at the way Anheuser-Busch's value brand's name sounds.

Airing in the second quarter, Febreze will make its Super Bowl debut by promoting its OdorClear technology in a way that most football fans can relate: Bathroom breaks.

After sitting out last year, GoDaddy returns to the Super Bowl with a decidedly less-racy spot than what viewers usually expect from the web services company, featuring one of the internet's most popular animals.

Technically, the South Korean auto-maker will not have a spot during the Super Bowl, instead opting for a 90-second commercial that will run directly following the final whistle. Filmmaker Peter Berg will produce a 90-second documentary of the Super Bowl.

The technology company will use New England Patriots quarterback Tom Brady to showcase its 360-degree video technology, which will also be used by Fox during the game to show replays.

Melissa McCarthy will star in the auto-maker's spot, which is set to run during the game's third quarter. Kia released a 15-second teaser for its commercial, which will tout the 2017 Kia Niro, featuring McCarthy running from something in the distance.

Procter & Gamble Co's cleaning brand is making its Super Bowl debut this year, with a 30-second spot that humorously shows just much how ladies love a guy who cleans.

The Japanese gaming company is using its first ever Super Bowl commercial to promote its newest gaming device, the Nintendo Switch.

The laundry detergent brand is teasing the appearance of a certain "Science Guy" that most U.S. viewers would be familiar with, in its second straight year advertising during the Super Bowl

The Mars Inc brand will use a popular teen-romance trope for its latest Super Bowl commercial: the lovestruck guy trying to get his crush's attention by throwing rocks (except this time it's Skittles) at her upstairs window in the middle of the night.

Snickers will be the first brand to stage a live commercial during the Super Bowl, which will come during the first break of the third quarter. The Mars Inc company has enlisted "Star Wars" actor Adam Driver for the spot and released a quartet of teasers for the ad.

This humorous spot from the telecommunications provider continues its war with Verizon, once again using former Verizon spokesperson Paul Marcarelli, to shows just how far consumers will go to get out of their Verizon bills.

For its fourth Super Bow ad, the publishing tools company has enlisted John Malkovich, who has appeared in prior ads. The spot is humorous take on the actor, and burgeoning fashion designer, attempting to register the domain name, JohnMalkovich.com, only to find someone else already owns it. (The real JohnMalkovich.com, owned by the actor, is hosted by Squarespace.)

In addition to the in-game spot, Squarespace will have a 60-second ad running prior to the game.

Patriots' tight end Rob Gronkowski may not be able to play in the game due to injury, but he stars alongside actor Jeffrey Tambor in this humorous spot for Proctor & Gamble's detergent brand.

For its fourth Super Bowl, TurboTax is referencing a very popular children's' character: Humpty Dumpty. The 45-second spot sees anthropomorphic egg being attended to after his famous fall, which is humorously blamed using TurboTax.

Making its Super Bowl debut, the fast-food chain is trying to combat customer sentiment that its beef patties are not made fresh.