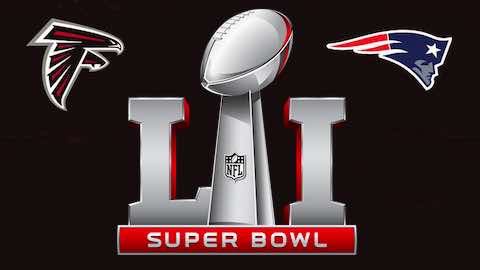 By By Jennifer Saba (Reuters Breakingviews)

Though 100 million people are expected to tune in, TV ratings have been down all year. Throw in sponsors tapping into the post-election rancor and a U.S. president with an old grudge against the league and it could be brutal.

Violence on and off the field, in the form of concussions and domestic abuse, have taken their toll on American football of late. So did one quarterback's controversial kneeling during the playing of the national anthem to protest police brutality early in the season and last year's epic clash between Donald Trump and Hillary Clinton.

Television audiences for the sport shrank on average by about 8 percent, by far the worst performance in a decade, according to figures from Pivotal Research. At stake are billions of dollars from commercials and fees paid by cable and satellite operators to broadcast the games.

Advertisers are still forking out $10 million a minute to be seen during the big game, but the atmosphere is more charged than usual. Super Bowl broadcaster Fox, for example, forced first-time sponsor 84 Lumber to rework its commercial featuring a Spanish-speaking mother and child confronting a border wall.

Also alongside the usual comedic ads during the four-hour affair, Anheuser-Busch InBev, the Belgian-based mega-brewer constructed by Brazilian dealmakers, has produced a spot chronicling the journey of the company's German-born co-founder to America. It can hardly escape being part of the heated national conversation over Trump's newly drafted ban on citizens from seven Muslim countries.

The President, whose interview with Fox News is scheduled to be shown right before the game, also has a tense relationship with the NFL. Trump was part of a doomed competing league in the 1980s that tried to take on the "smug, self-satisfied monopoly," as he called it. Of course, he also seems to be cozy with Patriots owner Robert Kraft.

Politics probably won't much help the league's cause as it tries to reclaim viewers and preserve its status as a live-TV haven. Super Bowl 51 is expected to be a high-scoring affair with both teams known for their offense, but the NFL itself will be struggling to play strong defense.

(The author is a Reuters Breakingviews columnist. The opinions expressed are her own.)