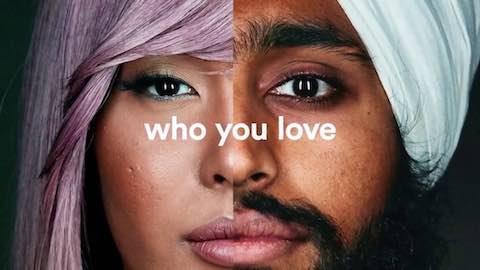 With Americans' attention more finely tuned to the political climate under U.S. President Donald Trump, brands that dove head-first into that conversation generated the most reaction from viewers during Super Bowl 51.

For most of the game, the chatter around commercials by Airbnb, Coca Cola Co and Budweiser was more exciting than the Super Bowl itself.

But late in the game, the New England Patriots pulled off a 25-point comeback to defeat the Atlanta Falcons in the National Football League's first-ever overtime Super Bowl.

With the game's thrilling finish, viewers could exceed the 114.4 million who watched Super Bowl XLIX in 2015, providing a massive audience for advertisers who paid more than $5 million for 30 seconds of airtime.

Though T-Mobile drew the most attention on social media with celebrity-studded ads that included popstar Justin Bieber, the brands that sparked the most conversation among viewers were those that leaned into subjects of diversity and immigration.

Airbnb's ad featuring a diverse group of people touting a message of acceptance will be seen by many as a criticism of Trump's immigration policies.

The ad was among the most talked about, generating nearly 70,000 tweets between 6:30 p.m. and 10 p.m. EST, data from digital marketing technology company Amobee shows.

During the pre-game, Coca Cola re-aired its ad from the 2014 Super Bowl, which featured "America the Beautiful" sung in different languages, which prompted more than 69,000 tweets.

Budweiser's spot, telling the story of Anheuser-Busch's immigrant co-founder Adolphus Busch, and Pennsylvania-based building materials company 84 Lumber's ad were among the most talked about as well.

84 Lumber's ad had to be reworked after Fox rejected an initial version that featured a border wall, which was in the company's full-length online version.

Amobee data found the sentiment for the ads skewed positive.

Advertisers have been grappling with how to reach consumers in the political climate under Trump, when viewers' increasingly partisan attitudes make it more difficult to market to a broad audience.

"It's America paying attention to us and really ranking us, when they so often try to ignore what advertising does," said Ted Royer, chief creative officer of creative agency Droga5, which created Sprint's ad targeting rival carrier Verizon.

Trump's November election, and his subsequent action on immigration and other issues has nearly split the population. That divide has left the stakes higher for advertisers devising campaigns for some of the biggest U.S. brands, which typically avoid politics, for fear of upsetting consumers.

"There's a lot more anxiety, self-inflicted anxiety, in the country than there has been ever in the past," said Mike Sheldon, chairman and chief executive of ad agency Deutsch, who created Busch's first-ever Super Bowl ad.