Super Bowl is On The Fifty 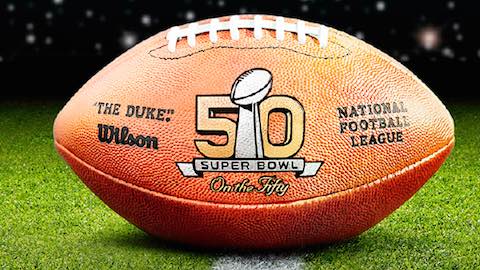 Super Bowl is On The Fifty

The NFL is launching a year-long celebration of the Super Bowl to commemorate SUPER BOWL 50, which will be played on Sunday, February 7, 2016 at Levi's Stadium in Santa Clara, California.

The 2015 season will feature a gold thematic signifying the 50th "golden" Super Bowl that will be visible on the field and throughout the season. The 50-yard line numerals and NFL shield logo at every stadium will be gold. Team logos on sideline apparel will have accents of gold and logos for NFL events, including the Draft, Kickoff and the playoffs, will turn to gold.

The NFL unveiled the Super Bowl 50 logo that features the number "50," breaking for one year its unique tradition of using Roman numerals to identify that season's championship game. To commemorate this, the NFL commissioned Tiffany & Co. to handcraft the 50. Each number is cast in bronze, plated in 18 karat gold and weighs nearly 33 pounds. The gold 50 will appear alongside the Vince Lombardi Trophy all year and will be presented to the Super Bowl champions at the MVP and head coach press conference the morning following the game. 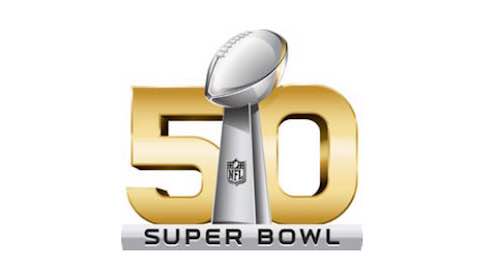 The On The Fifty platform is designed to link the past 49 Super Bowls with this year's game and honor the teams, players, coaches, fans and communities that have been a part of those games. On The Fifty will come to life in a variety of ways throughout the year.

The Super Bowl High School Honor Roll will recognize the high schools and communities that have contributed to Super Bowl history. High schools will receive a commemorative golden football produced by Wilson for every player or head coach who has appeared in a Super Bowl. 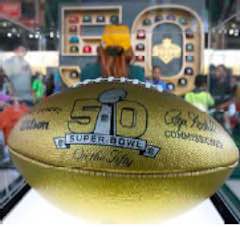 Players and coaches will have the opportunity to deliver the golden footballs to their high schools. CBS, which will televise Super Bowl 50, will feature some of these visits across the various assets of the CBS Corporation. The Honor Roll will become an annual tradition. Following every Super Bowl, every high school that produces a player or head coach in the game will receive a golden football.

The 2015 schedule will feature several Super Bowl rematches, including 19 in the regular season. Additionally, the NFL/Hall of Fame Game kicks off the preseason in August when the Minnesota Vikings and Pittsburgh Steelers face off in a rematch of Super Bowl IX.

Many teams will host Super Bowl Homecomings, inviting their Super Bowl teams to be honored in-stadium on game day and throughout the weekend. Teams will commemorate Homecomings with Ring of Honor/Hall of Fame ceremonies, recognizing Super Bowl players as honorary captains and featuring special halftime celebrations. Historic Super Bowl marks, customized Homecoming assets and dedicated elements commemorating past Super Bowls will be included in the weekends. 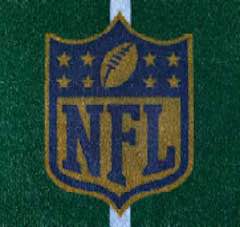 Starting Week 7 of the season, sideline apparel from Nike and New Era will reflect the celebration. Team logos on select sideline pieces and all caps will be outlined in gold as a connection to On The Fifty. Merchandise that celebrates previous Super Bowls will be available and on-field merchandise will be in stores starting October 15.

As the kickoff to Super Bowl week, the 2016 Pro Bowl, which will be played on Sunday, January 31 in Honolulu, Hawaii, will recognize players who will play the following week in Super Bowl 50 in a variety of ways, including halftime interviews on ESPN. The uniforms worn by the Pro Bowl players will incorporate gold as a connection to the celebration.

NFL Football: "Super Bowl is On The Fifty"