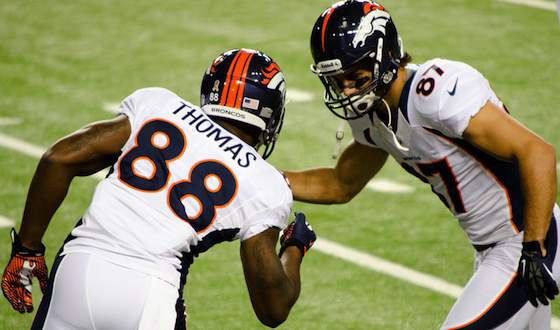 The countdown begins as the NFL calendar turns to December.

Among the teams seeking to strengthen their position in a tight AFC playoff race are the Kansas City Chiefs (9-2), who host the Denver Broncos (9-2) on Sunday (CBS, 4:25 ET). The winner of Chiefs-Broncos would control their own destiny in hopes for the AFC West title and No. 1 seed in the AFC playoffs with four games remaining.

Chiefs first-year head coach Andy Reid, who led the Eagles to nine postseason appearances in 14 seasons, including five NFC Championship Game appearances and one trip to the Super Bowl, is aware of what awaits.

"This is what's fun about this business," says Reid. "You get to this time of the year and you're in the hunt, what a beautiful thing that is. You remember where this thing started, way back in February and March. You have an opportunity where these games mean something. That's the exciting part of it."

Patriots head coach Bill Belichick, who has guided his team to an NFL-best 47-8 (.855) record in December since 2000, knows the importance of the coming weeks.

"I would say that the season for us is kind of starting now," says Belichick. "What happens this year will be determined by what happens in the next five weeks. This is where this team and every other team will define itself."

The remaining strength of schedule for the 14 AFC teams either in or within one game of a playoff spot: