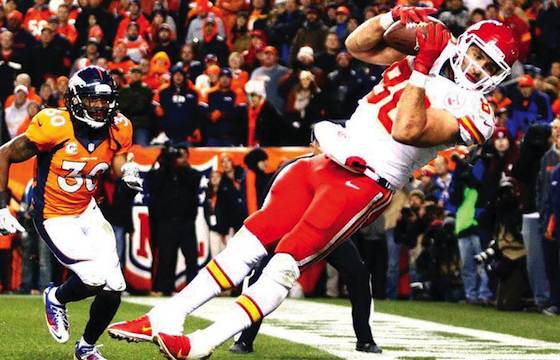 A look back at the statistical highlights, achievements and milestones plus a review of the week that was for games played Week 11 of the NFL 2013 season

The West Is The Best

The games with the highest win percentage in the NFL since 1970 (minimum nine games each):

With the victory, Arizona improved to 6-4 in Bruce Arians' first season as the team's head coach. He is the first Cardinals head coach to win at least six of his first 10 games since Charley Winner in 1966 (7-2-1).

Tampa Bay Buccaneers running back Bobby Rainey, playing in his 10th career NFL game, rushed for 163 yards with two touchdowns and had a receiving touchdown in the Buccaneers' 41-28 win over Atlanta. Rainey is the first player since Edgerrin James (November 21, 1999) to record at least 150 rushing yards, two rushing touchdowns and one receiving touchdown in a single game in a player's first 10 games to begin a career. Rainey and James both accomplished the feat in their 10th career NFL game.

Fletcher started his 209th consecutive game, surpassing Derrick Brooks for the longest streak by a linebacker in NFL history.

Atlanta Falcons tight end Tony Gonzalez had six catches in Atlanta's loss at Tampa Bay. Gonzalez has 53 receptions in 2013, extending his NFL record streak to 16 consecutive seasons with at least 50 catches. Gonzalez (16) and Pro Football Hall of Famer Jerry Rice (17) are the only players in NFL history with at least 16 career 50-catch seasons.

The NFL teams that have matched or exceeded their 2012 win totals:

The most games within seven points at any time during the fourth quarter through Week 11:

That record total equates to 46.8 points per game. If the current average stays at this pace, it would rank as the highest of any season in history (1948, 46.48 points per game).

Through Week 11, there have been 18 individual 400-yard passing performances, including Carson Palmer's 419 yards on Sunday against Jacksonville.

The most individual 400-yard passing games in a single season in NFL history:

Pittsburgh quarterback Ben Roethlisberger threw four touchdown passes in the Steelers' 37-27 win over Detroit. That marked the 19th individual four-touchdown performance this season, the second-most through the first 11 weeks of an NFL season (20 in 2004).

Oakland Raiders rookie quarterback Matt McGloin threw three touchdown passes and was not intercepted in the Raiders' 28-23 win at Houston. McGloin, who was making his first career NFL start, is the first undrafted rookie quarterback to throw at least three touchdown passes without an interception in a single game in the common draft era (since 1967).

Stafford, who passed for 362 yards against the Steelers, has 16,005 career passing yards and surpassed Pro Football Hall of Famer BOBBY LAYNE (15,710) for the most in franchise history. Stafford needed 55 games to surpass Layne's mark, which was set in 97 games.

The most individual four-touchdown games through Week 11 of any season:

The quarterbacks with the most career touchdown passes on Monday Night Football:

The quarterbacks to reach 4,000 career completions: