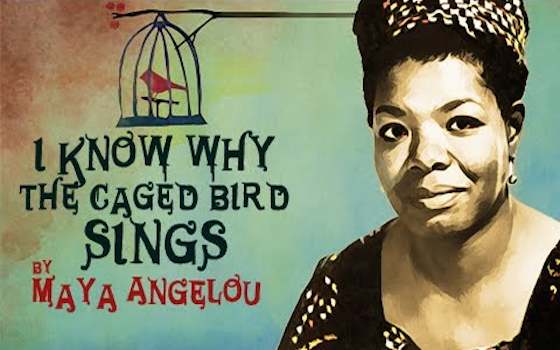 Caution: The following tribute to the late great author-poet Maya Angelou may be hazardous to some of my touchier readers.

The previous paragraph is called a "trigger warning," a disclaimer of the sort that often has been applied to online discussions about rape, sexual abuse and mental illness. In recent months they have spread to a place where power struggles can be most intense: college campuses.

Student leaders at the passed a resolution in March that calls for professors to issue trigger warnings and allow students to skip class before presenting "content that may trigger the onset of symptoms of Post-Traumatic Stress Disorder."

Similar motions have been proposed at , the , , , and other prestigious schools, according to news reports, to require warnings when course materials are assigned that potentially could shock or alarm some students.

To which I ask, what is the purpose of literature and other arts if not to occasionally shock or alarm students, among other people?

Trigger warnings are presented as a civilized way to alert students that some particularly challenging material is coming up. Fine. But that decision is better left to the classroom instructor than to an outside body of students or administrators.

It is important to think about people's feelings and avoid unnecessary distractions. But they also lead to a hypersensitivity about how we think other people might feel when educators should be offering more challenges to help them to improve how they think.

Maya Angelou understood. Her groundbreaking 1969 memoir, "I Know Why the Caged Bird Sings," despite its many honors, also has often appeared on the annual survey of books most often banned by local schools and libraries.

It is not surprising that the book's story line would make educators reluctant to give "Caged Bird" to students younger than, say, high school. Angelou's life story, beautifully told, is that of a black girl who grew up in the racism and sexism of the Depression-era South, was raped at the age of eight by a boyfriend of her mother and was traumatized so badly by the experience that she stopped talking for almost five years.

Yet, as her story continues to her recovery and maturation, partly under the healing guidance of a family friend who prodded to read books -- lots of books from a local library.

Other hardships would come in her life, including unmarried motherhood at age 17. But so did many triumphs as a writer, poet, singer, dancer, actor, movie director and activist with both Malcolm X and the Rev. Martin Luther King Jr., among other leaders.

Her legacy to literature is immense. Before "Caged Bird," Richard Wright's "Black Boy" and Claude Brown's "Manchild in the Promised Land" reigned on most radar screen as quintessential stories of growing up black in Twentieth Century America. At a time when the women's rights movement was beginning its current revival, she quietly offered a female-centered vision that enriched everyone's view of black life in America. She also offered a model to everyone of perseverance against great odds and despite the burdens of earlier trauma.

With its graphic story of Maya Angelou's rape and her self-imposed silence, "Caged Bird" sounds like a likely candidate for "trigger warnings," which would offer students a no-questions-asked excuse to avoid it. Yet, by immersing us in her own traumatic memories, Angelou skillfully suggests the healing and inspiring spirit of renewal and perseverance -- as captured in her famous poem "Still I Rise." It begins:

You may write me down in history

With your bitter, twisted lies,

You may tread me in the very dirt

Right on. Efforts to make classrooms more comfortable for everybody are commendable, but they should not inhibit everyone's ability to cope with the world as it is.