The Peculiar Madness of 'Trigger Warnings' 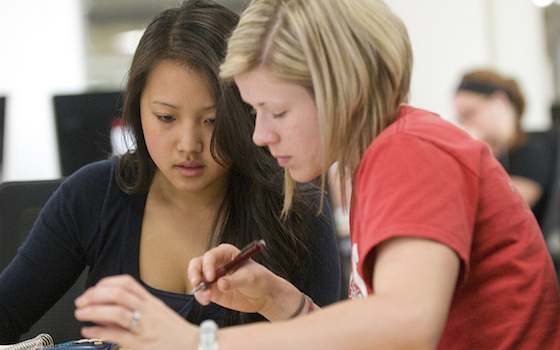 The Peculiar Madness of 'Trigger Warnings'

Of course, if you're the sort of person who takes trigger warnings very seriously, you probably don't read this column too often. So maybe my mockery will miss its target, sort of like making fun of the Amish on the Internet -- it's not like they'll find out.

In fairness, the Amish are actually very impressive people. Even though some Amish communities are more tolerant of technology than the stereotypes suggest, their Anabaptist puritanical streak leaves me cold. On the whole, I like modernity. I may not love every new fad of the last few centuries, but mark me down as a fan of refrigeration, , modern dentistry, universal suffrage, the internal combustion engine and all that stuff.

Here's another thing about the Amish. They don't expect everyone else to pussyfoot around them.

You can't say the same thing about the trigger unhappy folks making headway on college campuses. Before I continue, I should explain what a "trigger warning" is.

They started on left-wing and feminist websites. Like a "spoiler alert" in a movie review or a more specific version of the movie rating system, trigger warnings are intended to alert very sensitive people that some content might set off, or trigger, their post-traumatic stress disorder or simply offend some people. According to most accounts, this was a conscientious accommodation of people who'd been raped or otherwise horribly abused.

But soon the practice metastasized. Trigger warnings were provided for an ever-increasing, and ridiculous, list of "triggers." For example, one website offers a trigger warning that it contains images of small holes, lest it terrify people suffering from trypophobia, which is -- you guessed it -- a fear of clusters of small holes. Another website warns visitors that it will not tolerate any debate over the validity of its trigger warnings for, among many other things, trypophobia, pictures from high places, audio of snapping fingers, or images or discussion of spiders, food, escalators or animals in wigs.

Now, the Internet is a very big place, and there's nothing wrong with obscure websites catering to the boutique anxieties of troubled people.

But now the cancer has spread to the college campus. At UC Santa Barbara, the student government has formally requested that professors provide trigger warnings on their syllabuses. The idea was initially suggested by a student who had been the victim of sexual abuse. Her class was shown a film that depicted a rape, and while she herself was not "triggered" by it, she felt she should have been warned.

I have no problem with expecting professors to warn students that some material may be graphic or upsetting, and my hunch is that most professors do that already.

But as is so often the case, common sense is barely a speed bump for the steamroller of political correctness. advised professors to avoid such triggering subjects as racism, colonialism and sexism. They soon rescinded it, perhaps because they realized that if such subjects become taboo, much of their faculty would be left with nothing to talk about.

The reports that activists want many classics to have trigger warnings in effect printed on them like health advisories on cigarette packages. "The Merchant of Venice," for instance, would need the label "contains anti-Semitism." Virginia Woolf's "Mrs. Dalloway" would need a warning that it discusses suicide. memo advised faculty that Chinua Achebe's "Things Fall Apart," may "trigger readers who have experienced racism, colonialism, religious persecution, violence, suicide and more."

As a victim of "and more," I can sympathize. But this way leads to madness.

I do wish these people would make up their mind. Alas, that's hard to do when you've lost it.

"The Peculiar Madness of 'Trigger Warnings'"