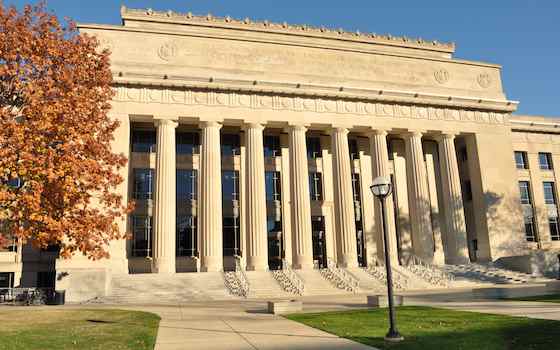 First, we should remember that is still in high school. She is, as the Beatles once sang, just 17.

So even if she ruffled feathers this past week claiming she should have been admitted to the -- despite lower grades and test scores -- because she is African-American and the school needs diversity, the best thing is not to insult her or dismiss her.

The best thing is to talk to her.

So I did. We spoke for a good 45 minutes Friday. I found her passionate, affable, intelligent and, like many teens her age, adamant to make a point but, when flustered, quick to say, "I don't have all the answers."

The problem is, she went public as if she did. She was the focus of a U-M rally organized by the advocacy group BAMN (By Any Means Necessary). A clip of her went viral, yelling as if her rights had been denied:

"I believe that I have been rejected because of the morals that I stand for! I am ! I will take back my freedom as a tool to help the others. I have left the plantation. ...

"I am (Wells)! I will make it my civic duty to document every noose of a rejection letter that the university produces to our black, brown and red bodies!"

I began by asking Brooke about her high school -- because I've been there. is one of the top charter schools in . It looks like a college campus, its teachers are first-rate, its classrooms are small -- thanks to a gift from philanthropists .

The Thompsons are white. Most students at are black. So Brooke is already a beneficiary of cross-racial efforts; she didn't have to endure an overcrowded, uninterested high school. In fact, the Thompsons demanded that retain at least 90% of its kids and get 90% of them into college every year.

In other words, they insisted on excellence.

When I asked Brooke why it's wrong for the to set a similar bar (she was denied admission with below the U-M averages of a 3.6 GPA and a 23 on the ACT) she said U-M needed to "represent the state. Blacks are about 14 percent of the population, so it should be 14 percent roughly."

I pointed out that whites were 79 percent of population, but officially 57 percent of U-M's, so should we adjust that up? "That's ludicrous," she said, claiming it should only apply to minorities. I then noted U-M was 11 percent Asian American, but our state was only 2 percent. Should we adjust down?

"I don't understand what you're asking," she said.

This is such a volatile issue. Under state law, U-M cannot use racial quotas even though campuses benefit from being diverse. And a 14 percent black population would be healthier than U-M's current 4.2 percent, all things being equal. But for each student admitted, many are rejected. Should U-M accept, say, a rich black student over a poor white one simply because of skin color? Isn't academic excellence, not demographics, a university's top priority? And if diversity is the school's job, should there be a ban on Hispanic Student Unions or sitting together in racial cliques on campus?

Brooke lives in . Her father died when she was young, and her mother, an mail carrier, raised her and two sisters, one of whom still lives in the house with a newborn.

Brooke feels that she has overcome a lot. "My essays were about, like, fighting racism," she said. "Getting into () shouldn't just be about grades."

But when I told her many students write moving essays, overcome odds, have great extracurriculars (like her debate team position) and also don't get in to U-M -- despite higher grades and scores than hers -- she grew frustrated.

"I'm doing the best I can in this life," she said. "If it's not reflected in my academics, I don't know what else I need to do."

And with that, wasn't white or black: She was one of countless kids today who feel that without their first college choice, their future is doomed. I told her it's not. She can do great things attending , , or Howard -- all fine universities that accepted her.

And in the future, if she really wants to change things, she can create a two-parent, high-standards home for her own children, and follow an age-old pattern of each generation pushing the next to do better. More than any ethnicity argument or admissions policy, home life will determine educational success.

I think has a bright future. She was tossed into a fight that she doesn't want to become personal. That's good. Because this decision wasn't personal. It wasn't a "noose." What she experienced was disappointment, not racism. And when she said, "I don't have all the answers," that, Brooke, is the start of wisdom.