Time to Get Serious About Sexual Assault on Campuses 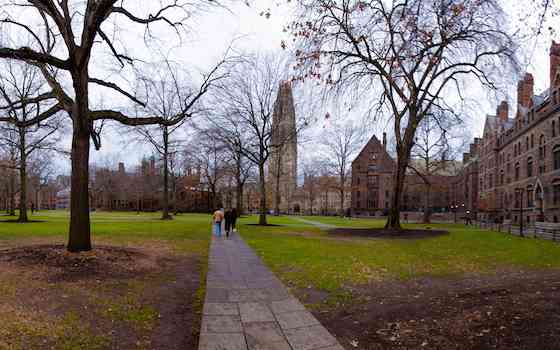 Time to Get Serious About Sexual Assault on Campuses

If there were a medal of valor for members of , Sens. and would deserve it for their success in reforming the U.S. military. Thanks largely to their efforts, the armed services must radically change the way they investigate and prosecute sexual assault.

The senators dissected the chain of command, examined policies and procedures, and tackled a culture that was more inclined to protect accused sexual predators than to protect and vindicate the victims, who were usually female.

Now McCaskill and Gillibrand have turned their attention a scene where sexual assault is just as egregious and indulged with similar laxity by officials: college campuses.

This time, the sacred cows are fraternity row, university athletic departments and institutional prestige. Also at play are the public's attitudes about young people, alcohol and sexual violence.

Much like the military, colleges and universities all too often react to sexual assault first and foremost to shield the institution, not to help the victims. A common complaint is that, when allegations are made, college officials hesitate to investigate or try to dissuade victims from filing criminal complaints. The senators aim to get campuses to increase reporting and change the ways they respond to sexual assault.

One in five women will be sexually assaulted while in college, according to "The Campus Sexual Assault Study," a 2007 study conducted for the . The statistic by itself is an argument starter. Cite it and you'll be accused of crusading against young men and of excusing the unladylike drinking of female coeds.

True, a drunk young woman is more gullible than a sober one. She can be counted on to make unwise choices. But that doesn't mean she's fair game to be assaulted.

What many don't realize is that colleges and universities receiving federal funding are required by law to provide a safe campus for everyone, regardless of gender. And when they allow an administrative process that is barely a scolding to suffice, they permit attacks to carry on.

The study raises the question of whether predatory young men are emboldened by the fact that so many cases aren't reported.

Mandated reporting of incidents is lax, federal staff to force cooperation isn't sufficient, and too much confusion exists within university staff of their obligations under laws of equality such as the Title IX and the Clery Act.

The senators recognize these complications. Giving universities the incentive to do better is their goal.

To start, Sen. McCaskill sent surveys to 450 universities and colleges around the country, asking for input. She promised confidentiality and inquired about current practices.

Red flags went up immediately. So much so, that the , made available a free webinar to counsel campuses on how to answer. McCaskill wasn't pleased and accused the council of helping colleges to dodge.

Yet nearly 200 colleges have returned their surveys, the senator's office reports.

The senators also have the firm backing of the administration. in May released a list of 55 universities under investigation for violations in their handling of sexual violence and harassment complaints under Title IX.

College should be the launching pad to a solid, successful adult life. But nearly adult is not adult. And the trauma of abuse, especially mishandled, can lead to depression, drugs and alcohol to cope, or to dropping out of school.

For decades, universities have been sloughing off the dusty old responsibility of "in loco parentis." Very well, but they will have to live up to real responsibility -- legal liability -- if they can't get the scourge of sexual assault under control.

"Time to Get Serious About Sexual Assault on Campuses"