Europe and Islam: The Way Forward 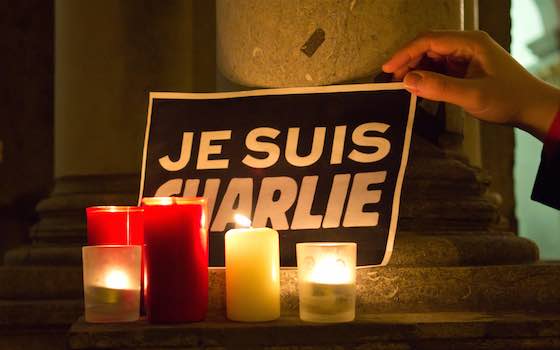 Europe and Islam: The Way Forward

In the wake of the Charlie Hebdo massacre, how should Europe go about containing Islamic extremism and prevent similar attacks in the future? Gawdat Bahgat argues that it must continue to promote transparency as well as social, economic and political reforms around the Southern and Eastern Mediterranean.

The attacks on the magazine Charlie Hebdo and the deaths of 17 people in Paris in early January 2015 have re-activated the ongoing debate about the place of Islam and Muslims in Europe. The attacks were carried out by French Muslims descended from recent waves of North and West African immigration. Regrettably, similar attacks (or plans for attacks) have either taken place or been discovered in other European cities in the last several years. In response, anti-immigration parties such as France's far right National Front, and Germany's Patriotic Europeans against the Islamization of the West (Pegida) have mobilized their members and sought to capitalize on popular sentiments. Nationalist, anti-immigrant parties have gained momentum and seats in last May's elections for the European Parliament.

European leaders have sought to counter this rising trend and to re-assure their Muslim populations. According to French President Francois Hollande, “Muslims are the first victims of fanaticism, fundamentalism and intolerance. Islam is compatible with democracy and we must reject sweeping generalizations and confusion.” German Chancellor Angela Merkel reiterated that Islam belongs in Germany and called on Islamic leaders to clarify the relationship between their religion and the militants who claim to act in its name.

Rhetoric aside, the weeks following the Paris attacks have witnessed a variety of official responses in national and European arenas on counter-terrorism policies. These proposed responses address a broad range of issues including prevention of radicalization, border controls, information sharing, judicial response and illicit firearms trafficking. These law-enforcement measures are designed to prevent similar attacks. In the long-run, however, a more comprehensive political strategy is needed.

Islam and the West

The question of Islam's compatibility with Western values has been debated for a long time. Some claim that there is an ideological war between Islam and the West. Within this context, it is important to highlight two important propositions. First, for more than half a century millions of immigrants from North Africa (and elsewhere) have arrived in Europe -- lured by work, welfare and a refuge from wars and political instability. Most of them have contributed to Europe's economic prosperity. For different reasons, the efforts to assimilate them into European societies have achieved very modest success. These marginalized Muslim communities provide fertile ground for extremism. Despite the lack of reliable data, most observers agree that the number of Muslims in Europe is large and growing. Second, this notion of ideological war assumes that Islam or militant Islam is monolithic. Muslims, like followers of other religions, have different interpretations of their religion. Stereotyping and generalizations can help to mobilize angry crowds but undermine efforts to understand Muslim communities in Europe.

A better counter-terrorism approach than promoting notions of an ideological war between Islam and the West would be to examine and address the socio-economic and political conditions in Europe's backyard. Underdevelopment and political instability in South and East Mediterranean States are major forces behind terrorist attacks in Europe. Globalization means, among other things, that the security of Europe is intertwined with economic prosperity and political stability in the Arab/Muslim world.

Stagnant economies, declining standards of living, high unemployment rates, corruption, a lack of transparency, and the absence of independent judicial systems are characteristic of most of the nations in this region. These conditions have been the driving force behind waves of immigration to Europe. The political upheavals in the Arab world since early 2011 have made a bad situation much worse. According to a recent report by the World Bank the economic growth rate in the Middle East North Africa region has declined from five percent a year in 2000-10 to a little over two percent since 2011. The report estimated that the conflicts in Egypt, Tunisia, Syria and Libya, and their spillover into Jordan and Lebanon, had cost roughly $168 billion between 2011-13. A brief survey illustrates the challenges the region -- and Europe -- faces.

In Morocco, economic growth has declined in recent years and unemployment remains a challenge. The economy has not created enough jobs to absorb all the new job seekers, especially the urban youth and the educated, whose unemployment rates have reached 36.6 percent and 19.5 percent respectively. In Algeria, overall economic growth has been slow due to falling hydrocarbon output. The economy remains heavily dependent on the hydrocarbon sector which, despite declining production since 2006, still accounts for about a third of GDP and 98 percent of exports. President Bouteflika's old age and fragile health also create a great deal of uncertainty regarding the country's political stability.

Tunisia, the birthplace of the 'Arab Spring,' is probably the shining star in the region. After a short period of uncertainty, a new constitution was promulgated in early 2014, and legislative and presidential elections were held. Still, the security situation remains volatile, especially near the borders with Algeria and Libya. Tunisia's future depends on the continuation of an orderly political transition and the implementation of sound economic reform.

Libya has been mired in violence and political divisions since Moammar Ghaddafi was killed in 2011. Shortly thereafter, a civil war broke out between the internationally recognized government based in the country's east and a rebel faction known as Libya Dawn that controls the country's capital of Tripoli. Oil has long been the country's lifeblood with exports reaching up to 1.3 million barrels a day at peak production. At the beginning of the civil war there was an implicit agreement between the factions to avoid disrupting oil production. In recent months, however, these factions have started attacking oil fields and other facilities. In response several European oil companies such as Italy's Eni, France's Total and Germany's Wintershall have recently suspended their operations. Oil production has fallen from nearly 900,000 barrels a day in October 2014 to about 300,000 barrels a day in January 2015.

In Egypt, the kidnapping and killing of 21 Coptic Christians in early 2015 illustrate the spillover effects of terrorism. Given the country's large population (approximately 90 million) and its cultural and political weight in the Middle East, stability in Egypt will have significant implications all over the Arab World and in Europe. Since the toppling of President Mohammad Morsi in 2013 the security situation has improved but remains fragile as sporadic attacks on the police and the military continue, particularly in the Sinai Peninsula. President Abdel Fatah Al-Sisi has shown little tolerance of the opposition but has taken several initiatives to improve the economy. These initiatives are largely funded by Saudi Arabia, the United Arab Emirates and Kuwait. It is too early to assess the success of these initiatives, but there are signs of modest economic recovery.

In the Eastern Mediterranean states, political and economic conditions are even worse than in North Africa. The Syrian civil war is in its fourth year with more than 200,000 deaths and half the population either internally displaced or refugees in neighboring countries. The advances of the Islamic State (IS) and the sharp divisions within the secular opposition have further aggravated the security situation. The prolonged civil war has attracted foreign fighters from many countries. Some of them are European citizens and might represent a major terrorist threat upon their return to their home countries. Moreover, the crisis in Syria has tremendously impacted its neighbors, particularly Lebanon. The country is home to more than 1.2 million Syrian refugees. This large number of refugees has put pressure on limited indigenous resources and contributed to rising inflation and unemployment. Meanwhile, political divisions have blocked the presidential elections and have added new security concerns.

This lack of economic opportunities and political transparency has always been seen as a major economic, social and security challenge to Europe. For a long time the leaders of the European Union (EU) have concluded that economic prosperity and political stability in the Southern and Eastern Mediterranean would substantially enhance their national security and counter-terrorism policies. After the 2004 enlargement of the EU with 10 new member states, the European Neighborhood Policy (ENP) was adopted. Sixteen countries participate in the ENP: Algeria, Egypt, Israel, Jordan, Lebanon, Libya, Morocco, the occupied Palestinian territory, Syria and Tunisia in the south, and Armenia, Azerbaijan, Belarus, Georgia, Moldova and Ukraine in the east. The goal is to bring Europe and its neighbors closer and to promote good governance and social development through closer political links and partial economic integration. It is important to point out, however, that the ENP is not about enlargement. Although the EU works with its southern and eastern neighbors to achieve the closest possible political association and the greatest possible degree of economic integration, it does not offer the participating countries the possibility of accession. More specifically, the ENP focuses on four areas:

According to the ENP, partner countries agree with the EU on an action plan in which they demonstrate their commitment to democracy, human rights, the rule of law, good governance, free-market principles, and sustainable development. In return, the EU provides financial support, economic integration, easier travel to the EU and technical and policy support. In response to political changes in several Arab countries in 2011 the EU introduced the “more for more” approach, pledging more European funds and other forms of assistance in return for participating countries implementing more economic and political reform.

Europe and its southern neighbors -- the way forward

Ten years after the adoption of the ENP, it is clear that the policy has achieved modest success. Most of the participating countries lag behind in economic and political reform. One can argue that the recent wave of terrorist attacks in Europe are related to political and economic uncertainty as well as to the rise of failed and failing states in the south and east Mediterranean. Against this background European leaders are increasingly pressured to address the immediate terrorist threats. In mid-February, Italy warned that there was a grave danger of IS fighters in Libya allying with other Islamist extremist groups, establishing a foothold on the shores of the Mediterranean from where they could attack Europe. The Egyptian President Al-Sisi has also emerged as a champion in the war against extremism. Some European countries have recently softened their opposition to Syrian President Al-Assad, focusing instead on defeating IS and other extremist groups.

In the short-term, these policies might be necessary to contain and weaken extremist groups inside Europe and in its backyard. In the long-term, however, Europe should adhere to its commitment to promote transparency and reform in the south and east Mediterranean. In doing so, Europe must find the right balance between protecting its national security and citizens while maintaining its democratic values both at home and in its immediate neighborhood.

Dr. Gawdat Bahgat is professor of National Security Affairs at the National Defense University's Near East South Asia Center for Strategic Study. He is an Egyptian-born specialist in Middle Eastern policy, particularly Egypt, Iran, and the Gulf region. His areas of expertise include energy security, proliferation of weapons of mass destruction, counter-terrorism, Arab-Israeli conflict, North Africa, and American foreign policy in the Middle East.

Europe and Islam: The Way Forward is republished with permission of International Relations and Security Network (ISN)."

"Europe and Islam: The Way Forward"