Right-Wing Terrorism in Germany and Beyond 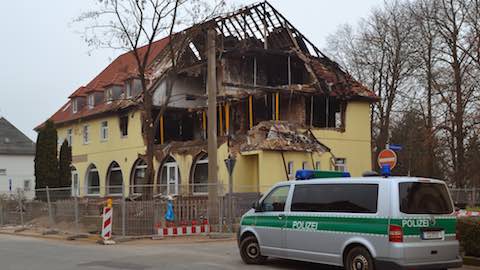 Daniel Koehler believes that right-wing terrorism is a unique form of political violence. As his analysis of the German DTGrwx dataset confirms, it's a type of violence that's carried out by well-defined actors who use specific methods to target distinct types of victims.

After the discovery of the German right-wing terrorist group National Socialist Underground (NSU) in 2011, which allegedly assassinated at least 10 people, committed two bombings, and went completely undetected over the course of 14 years, right-wing terrorism has received greater international attention. In the same year, the attacks by Anders Behring Breivik caused 77 casualties. Compared to Jihadist, separatist or anarchist terrorism however, terrorist activities by the extreme right remain under-researched. In recent decades, only a small number of academic studies focus exclusively on right-wing terrorism. In part, thedifferentiation between hate crime and terrorism has created problems in defining and identifying right-wing terrorism. Due to the lack of research regarding the nature of right-wing terrorism, statistics about the phenomenon vary massively. The Global Terrorism Database, for example, lists 103 terrorist incidents perpetrated by right wing extremists or neo-Nazis between 1992 and 2008 in Germany, causing six casualties and injuring 98 people. By contrast, the Database on Terrorism in Germany: Right-Wing Extremism (DTGrwx), hosted by the German Institute on Radicalization and De-radicalization Studies (GIRDS), reports a significantly higher number of cases.[1]

According to the DTGrwx, the main characteristics of German right-wing terrorist operations since 1963 are the following:

Compared with other widely known acts of right-wing terrorism in Europe and North America, several striking similarities are evident. Many incidents outside Germany were also a) carried out by individuals or small groups, b) involved explosives, and c) targeted ‘foreigners’, ‘Jews’, or government representatives. The bombing of the Bologna train station in Italy on 2 August 1980 , for instance, which killed 85 and wounded more than 200, was carried out by two members of Nuclei Armati Rivoluzionari (NAR) – a splinter cell of the right-wing terrorist group Ordine Nuove. Similarly, the devastating attack on the Alfred P. Murrah Federal Building in Oklahoma City on 19 April 1995, which remains one of the most lethal terrorist attacks in the history of the United States, was carried out by Timothy McVeigh and two accomplices using a car bomb. In planning the attack McVeigh was also inspired by the explicitly racist and anti-Semitic Turner Diaries, which has been called “a bible of the extremist right”.

Neo-Nazism is also a common theme among right-wing terrorist actors outside Germany. Four years after the Oklahoma City attacks, in April 1999, the British neo-Nazi David Copeland orchestrated three nail bomb attacks in 13 days in London , causing 3 casualties and wounding 137. Copeland was a long-time member of several neo-Nazi organizations in England and targeted homosexuals and immigrants with his attacks. Another (foiled) attempt of right-wing terrorism became public in the United Kingdom in 2009, when the neo-Nazi Ian Davison and his son (as part of the right-wing terrorist organization ‘Aryan Strike Force’) planned attacks with chemical weapons, manufacturing a large amount of the poison ricin. On 5 August 2011, the US neo-Nazi Wade Michael Page also fatally shot six and injured four during an attack at a Sikh temple in Oak Creek, Wisconsin.

More recent incidents of right-wing terrorism have targeted government representatives. On July 22, 2011, the Norwegian Anders Behring Breivik detonated a car bomb in Oslo city centre and drove to the island of Utøya to continue his attack with a mass shooting. Causing 77 casualties in total, Breivik had previously published a manifesto explaining his ideology, which was based on Christian fundamentalism and cultural racism. Attempting to save Norway from a perceived attack by Islam, Breivik was trying to kill members of the Social Democratic Party – which he held responsible for Norway’s growing multiculturalism and for undermining Norway’s traditional ‘culture’ and ‘race’. Directly influenced by Breivik, a Polish university researcher and two aides were arrested in 2012 for planning to detonate a four ton bomb in front of the Polish parliament building in Warsaw. Motivated by nationalism and anti-Semitism, the small group was allegedly trying to copy Breivik’s attack in Poland.

A unique form of political violence?

Based on the DTGrwx dataset, right-wing terrorism in Germany seems to closely resemble other well-known incidents of right-wing terrorism in Europe and North America. This suggests that it may be worth treating right-wing terrorism as a phenomenon distinct from other forms of political violence. Right-wing terrorism has traditionally operated using very small groups, cells and lone actors to target mainly ‘foreigners’, ‘Jews,’ and government representatives by mainly using explosives and targeted assassinations. Moreover, these attacks, which mostly do not attempt to inflict indiscriminate mass casualties (a tactic which nevertheless seems to gain more attention), have only very rarely been accompanied by some form of public communication. This indicates that right-wing terrorists may not need or want to communicate their course of action to a potential audience. Indeed, many right-wing attacks may be considered ‘self explanatory’ by their perpetrators, or are successful in creating fear and terror within the target group without anyone claiming responsibility for the attack.

It may be that violence is simply an inherent part of right-wing extremist ideology and thus not perceived by the perpetrators as requiring explanation. This raises the danger of attacks being dismissed as unplanned, erratic, spontaneous or isolated incidents. The findings above suggest that this is not the case. Right-wing terrorism is a dangerous form of political violence and a legitimate threat precisely because it frequently aims to blend in with society in order to minimize repression and counter-measures and to more effectively pursue its goals.